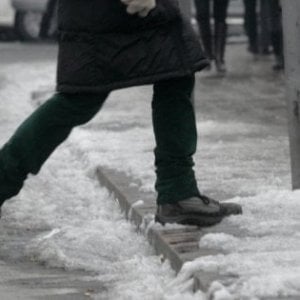 Snow, ice and wind are arriving in Tuscany. A code orange warning has been announced for the upper Mugello area until Thursday, February 22 due to considerable snowfall and strong winds. The remainder of the region is under a code yellow warning for both snow and wind. Code yellow for wind chill will end at 9 am tomorrow, while the snow alert will last until midnight.

Polar cold from Siberia will also descend from Siberia starting on February 22 with the lowest temperatures expected over the weekend.

A warning from the Florence metropolitan area council states that snow is predicted to cover the Mugello Valley with abundant accumulation. Heavier snow is expected in the mountains of Mugello, Val di Sieve and the Ombrone Pistoiese-Bisenzio region at altitudes higher than 1968 ft. (600 m). Commuters are asked to take care while driving as well as utilizing chains and snow tires.