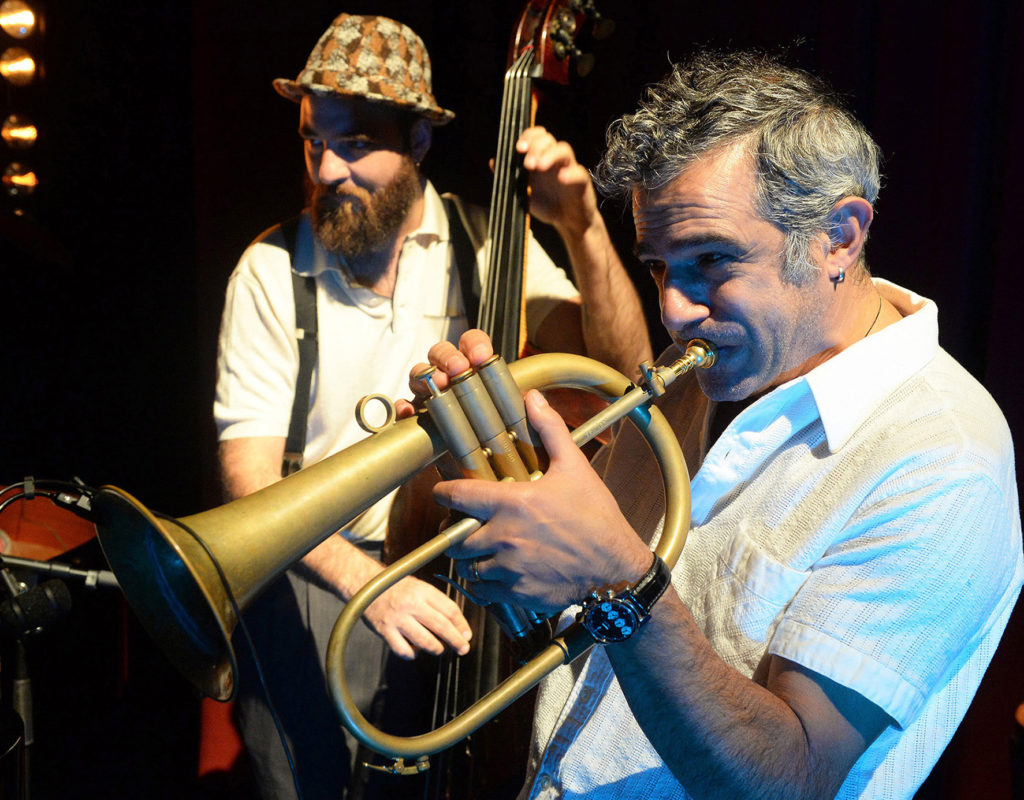 The 24th edition of Metastasio Jazz (now known as MetJazz), dedicated to stories and journeys in this distinctive idiom, comes to Tuscany from February 2 through 25, 2019  with musical events exploring the narrative nature of jazz and its ability to speak of lives, desires, imagination and travels.

This year, performances in Prato’s Teatro Metastasio (via Benedetto Cairoli 59) and Teatro Fabbricone (via Ferdinando Targetti 10/8) offers an opportunity for jazz aficionados to connect with the history of Africa and its relationship to the birth and evolution of jazz.

In conjunction with Met Jazz 2019 the Verdi Music School of Prato offers two musical events, both with free admission, during a mini-festival dubbed MetJazz Off.

The Prato festival opens on February 5 with “Tempo di Chet,” an original jazz show with words of Laura Perini and Leo Muscato interpreted in a musical score by Paolo Fresu on trumpet.  Joined by pianist Dino Rubino and Marco Bardoscia on bass, the musicians and actors invoke the lyric and intimate style of Chet Baker, one of the most controversial musicians of the 20th century (Tuesday, February 5, 9 pm, Teatro Metastasio).

The festival next offers two trio performances on the same evening at the Teatro Fabbricone (via Ferdinando Targetti 10/12) on February 11 at 9 pm.  Antonio Siringo, Andrea Tofanelli and Ares Tavolazzi offer an homage to Sun Ra, the avant garde artist known for his experimental and myth-based compositions.  Following this Claudio Filippini, Luca Bulgarelli and Marcello di Leonardo will present “Before the Wind,” with rich arrangements of journeys in jazz.

MetJazz continues with the project Méliès, when Massimo Falascone takes the listener on a musical voyage of pieces inspired by the films of George Méliès, the poet and early inventor of film as a means of dreaming and enabling visionary trips to unknown worlds.  Falascone has created eight tracks, each inspired by a different short film by the father of fantasy (Monday, February 18, 9 pm, Teatro Fabbricone).

Later on in the month, Cristiano Calcagile presents a journey in sound titled “Stoma,” can refer to the pores in the leaves of plants that allow movement of gases and oxygen.  The name invokes the fluid sounds created by Calcagnile on various instruments (Sunday February 17, 9 pm).

Throughout the duration of the festival an exhibition of the photos of Roberto Masotti, “Stories in One Click,” can be viewed in the foyer of Teatro Metastasio.  Masotti, a photographer known for his expressive shots capturing artists in action, zooms in on jazz greats including Miles Davis, Keith Jarrett, Ornette Coleman and Charlie Mingus among others.

Complete information of events and tickets at Met Jazz 2019 can be found on the website.  (rita kungel)