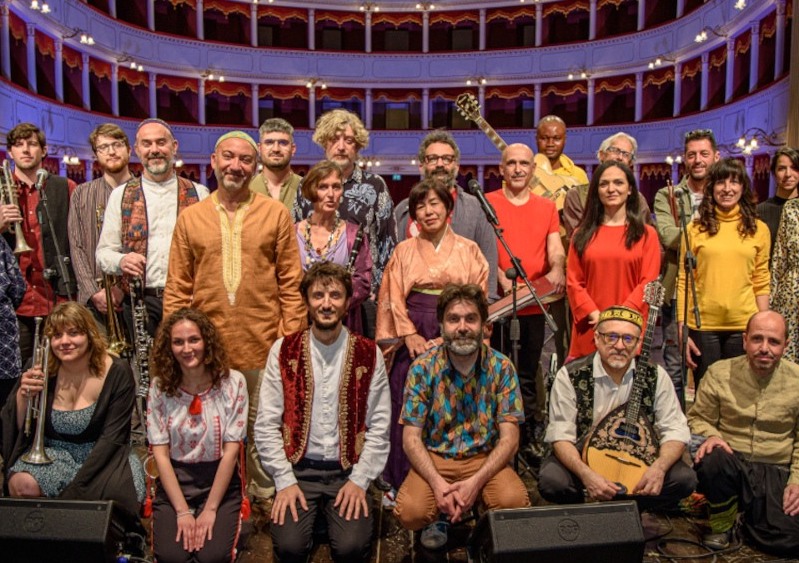 The Multiethnic Orchestra of Arezzo

Monsummano Terme is hosting a David Bowie concert event at the Piazza Giusti on Wednesday, June 15 at 9 pm, celebrating the 50th anniversary of the release of the concept album “The Rise and Fall of Ziggy Stardust and the Spiders from Mars.” In the summer of 1969, the famous English rockstar made his first and only Italian appearance in the Valdinievole valley of Tuscany, making this location an appropriate fit for the grand anniversary.

The concert will include a variety of professional music artists performing covers, each with their own style and sound, of the well-known songs of Ziggy Stardust and the Bowie stand out tracks. This tribute event is for the Tuscan community and traveling visitors to share their passion for the legendary rockstar and his concept album that changed the world of rock.

The Multiethnic Orchestra of Arezzo, directed by Enrico Fink, will be performing the instrumental portion of the anniversary concert. This Orchestra is an ensemble of 30 musicians from around the world. Vocalists and musicians, including Paolo Benvegnù, Andrea Chimenti, the Modena City Ramblers, Finaz and Nuto della Bandabardò, the Piqued Jacks and the English star Dana Gillespie, will take the stage to honor Bowie. Dancers from the Motus company will add their interpretation of the music.

Tickets for the first section are available for €20, for the second section at €15 and the third for  €10. Tickets can be purchased online at www.ticketone.it or at the Box Office Toscana circuit. For more information on the Monsummano Terme event, visit www.bowiemonsummanoterme.it or call the Officine della Cultura at 0575 27961.

David Bowie’s performance in Monsummano Terme in 1969 made a huge impact on the Tuscan community. The Mac’n Museum of Contemporary and 20th Century Art in Monsummano Terme named the museum’s outdoor space after the American rockstar, Bowie Park. The Mac’n museum’s park isn’t a random choice. This museum displays the creativity of youth and the park space is a place for hosting musical performances and gatherings. With a goal to inspire young people to pursue their creative dreams, Bowie Park provides an arena space for musicians and community.

The great world celebration of the 50th anniversary of Ziggy Stardust will continue in Liverpool from June 16-19 with a David Bowie World Fan Convention. This convention will include more live musical performance line-ups and hundreds of Bowie fans.  (allie noland)