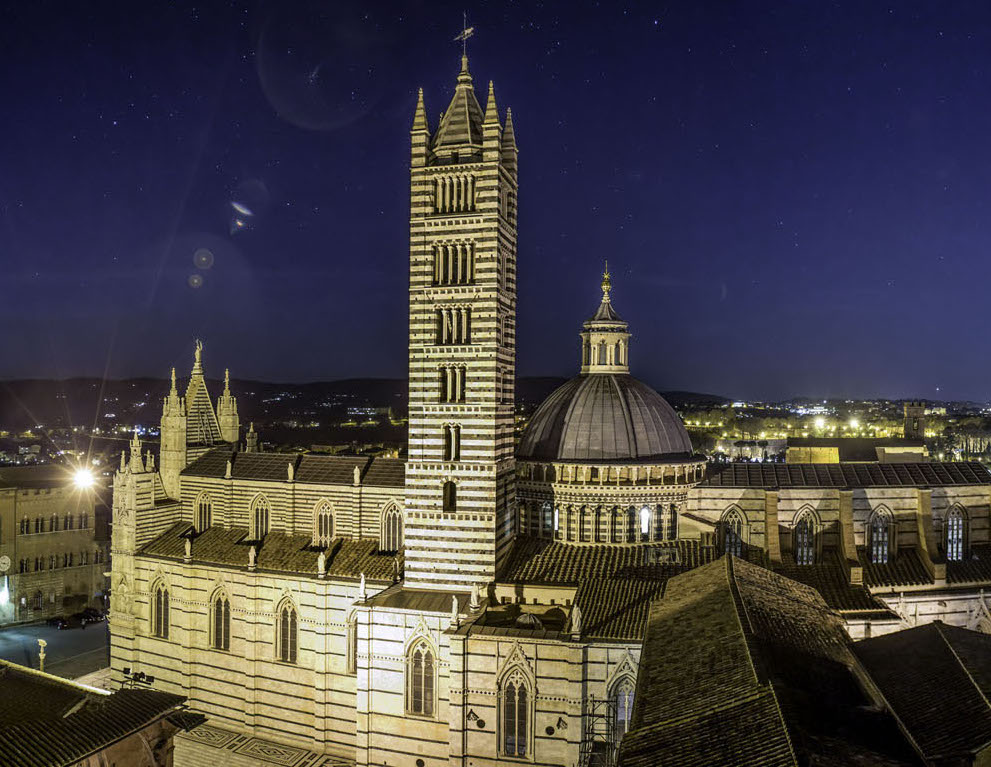 A night view of the Cathedral of Siena

While Tuscany is at the moment scheduled to remain as a “orange zone” with moderate anti-Covid restrictions, Tuscan governor Eugenio Giani has announced the the provinces of Siena and Pistoia will become “red zones” with stricter measures from Saturday, February 27 through the first week of March, 2021.

The village of Chiusi in the province of Siena had already been declared a “red zone.”  The high number of COVID-19 cases reported in Chiusi and throughout the province of Siena is due to the diffusion of the so-called “English variant” which is at least 30 times more contagious than the original virus.

The seaside town of Cecina has also become a “red zone” during the same period thanks to the fact that 40 cases of Coronavirus were diagnosed in a local retirement home.

Similar measures may be taken in and around Empoli and the Val d’Elsa.

On February 26, 1,254 cases of COVID-19 were reported in Tuscany, the second day straight that the number has been over 1,000.  Up to now, 284,183 first doses of the  vaccine have been given throughout the region, and 77, 633 people have received both doses for complete immunity, out of a regional population of 3.7 million residents.