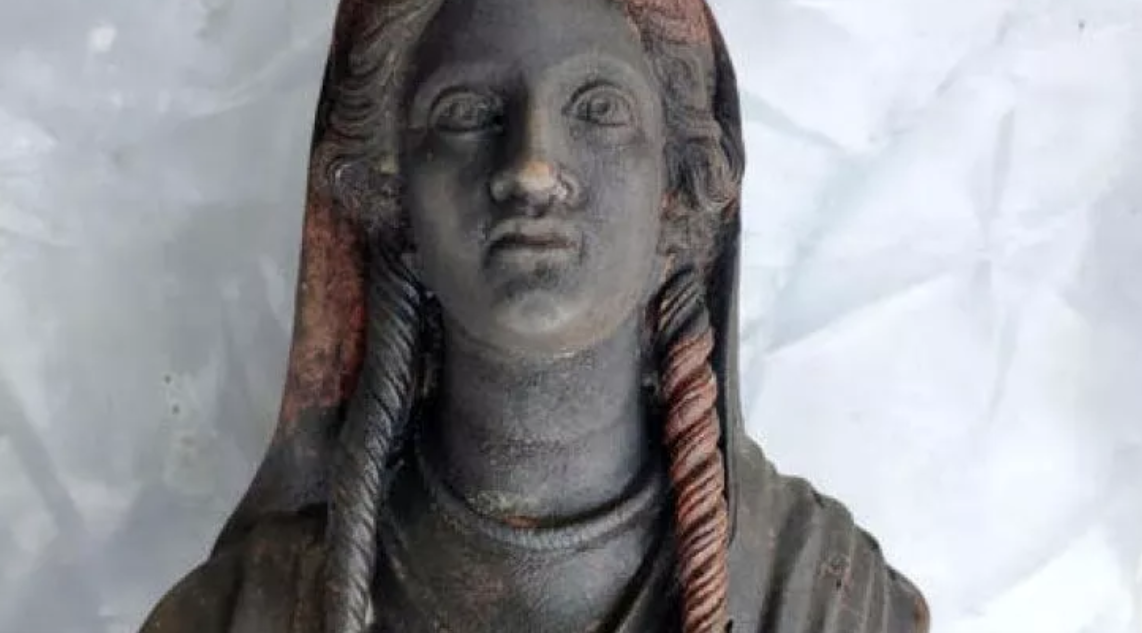 The unprecedented discovery in Tuscany of 24 perfectly-preserved bronze Etruscan-Roman statues, dating back 2300 years, is an “absolutely unique treasure,” says archeologist Jacopo Tabolli.  The works were uncovered near the spa resort of San Casciano dei Bagni on November 8. Massimo Osanna, the director of museums for the Culture Ministry, this discovery could be compared to that of the  famous Riace bronzes, stating that this is “certainly one of the most significant bronzes ever made in the history of the ancient Mediterranean.”

Well-known high ranking cultural official and art critic Vittorio Sgarbi, however, claimed that the discovery of the Riace bronzes (of Greek manufacture from 400-450 A.D. found in the Mediterranean) was “much more significant” than the San Casciano dei Bagni statues.  He states that while “the San Casciano discoveries are significant, it is heresy to compare them to the Riace bronzes, which are among the highest expression of art come down from the ancient world to the modern day.  The Tuscan finds are not of the highest quality and production, of median production, medium quality, and mainly of cultural interest.  Sgarbi, however, agrees that the statues are “certainly important works.”

Sgarbi authorized some, but not all, of the bronze statues to be restored in Florence after the city’s mayor, Dario Nardella, expressed this desire.  Thanks to Nardella, a number of the works will be restored and studied at the Opificio delle Pietre Dure, a public institute of the Italian Ministry for Cultural Heritage known worldwide for art restoration.  Rome’s Central Institute of Restoration will determine which statues will be restored where, after study and diagnosis.

After the restorations and further studies are completed, the statues will be housed in a 16th-century building recently purchased in the town, which will be converted to a museum that focuses on the statues.

Found in the mud in the proximity of the thermal springs of the San Casciano dei Bagni spa resort, the statues have given archaeologists a rare glimpse into the past that could even “rewrite history.”  In late August 2020, excavators discovered traces of an ancient Roman sanctuary emerging from the mud.  A travertine altar, inscribed “sacred to Apollo,” left no doubt about the tutelary divinity of the site.  Two weeks ago, archeologists found the first hands of the statues jutting out of the mud, but were only hoping to discover the original thermal bath basin during Tuesday’s dig.

Instead, they discovered a previously unknown deposit of statues, thousands of coins, and other artifacts with detailed Etruscan and Latin inscriptions dating back to 300 BC – five of the statues are almost a meter (3 ft) tall.  According to Osanna, these items were intentionally buried in the thermal baths as part of a religious ritual and were never meant to be found.

The statues vary among divinities, matrons, children, and emperors – notably including replicas of Hygieia (the goddess of health) and Apollo.  The Riace bronzes are two full scale, life size (6 ft. 4 inch)  Greek statues of naked warriors, cast between 460-420 BC and found in the sea in 1972 near Riace, Calabria, in southern Italy.  They are two of the only surviving Greek bronzes and demonstrate the exquisitely technical craftsmanship and artistic ability of the time.

The religious sanctuary at San Casciano dei Bagni, with its pools, sloping terraces, fountains, and altars existed from the third century BC, remaining active until the fifth century AD when Christianity prohibited public bathing.  The baths were sealed with massive stone columns and artifacts thrown into the muddy water.  However, the covering of the site is why the artifacts are still perfectly intact – they had not been touched for centuries.

Archaeologist Jacopo Tabolli, from the University for Foreigners in Siena, has organized a team of 60 experts from around the globe to study the statues.  Tabolli called the find a “discovery that will rewrite history” because it is now the “greatest store of statues from ancient Italy and the only one whose context we can wholly reconstruct.”

Luigi La Rocca, director of the Ministry of Archeology and the Fine Arts noted that archaeologists, geologists, archaeo-botanists, and epigraphs were involved in the excavation.  No one expected such an undocumented find, and this site will surely fill in historical gaps. (Molly Mulvihill)