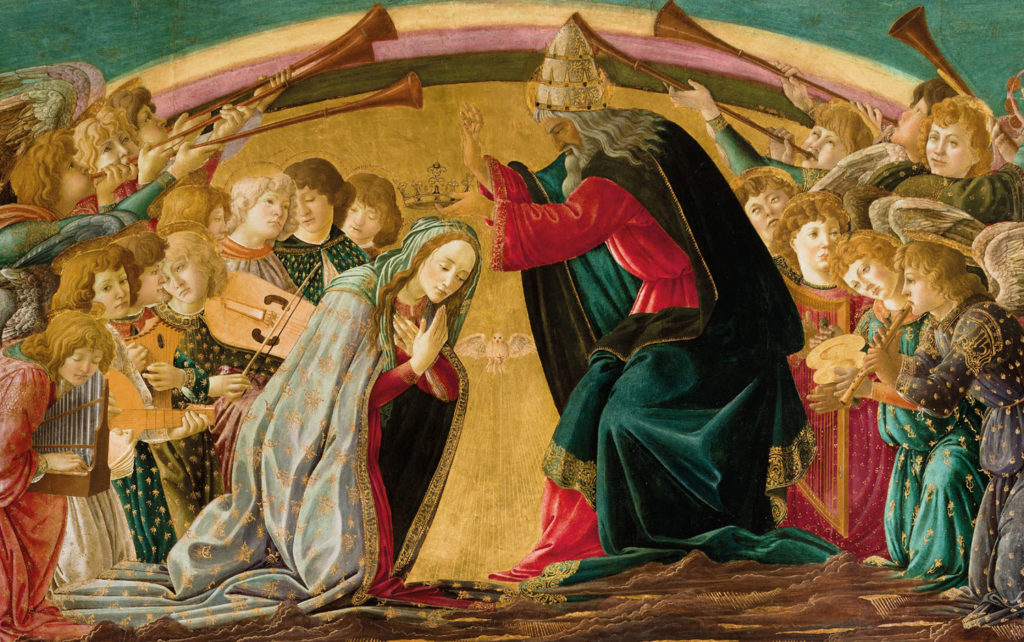 Visitors and residents of Tuscany who seek a day trip with a unique artistic goal need look no further than Montevarchi, a small picturesque Tuscan town in the province of Arezzo, just under an hour south of the heart of Florence. In its final week, Montevarchi’s current Renaissance, Mannerist and Baroque show features a hidden gem by the legendary Sandro Botticelli.

“Botticelli, Della Robbia, Cigoli. Rediscovering Montevarchi’s Artistic Heritage” showcases 10 gems from the Renaissance and later periods that have some relation to the town and its contributions to the rich tapestry of Italian art between the 15th and 17th centuries. Some works were discovered in local churches and forced to undergo extensive restorations, while others were crafted by artists who spent much of their lives in Montevarchi.

The crown jewel of the display is undoubtedly “L’incoronazione” by Botticelli and his workshop, making its triumphant return to its hometown after being stolen during the 19th century Napoleonic suppression of ecclesiastical property. Presumably completed in 1508 for the high altar of the Franciscan church of San Ludovico (now Sant’Andrea a Cennano), the bottom panel portrays a large group of saints, including St. Ludovico da Tolosa, looking up to admire the Virgin Mary’s coronation by God the Father in the depiction above.  Beyond this masterpiece, visitors will also be able to enjoy artworks by more enigmatic Tuscan artists with connections to Montevarchi, such as Giovanni Martinelli (1600-1659), Jacopo Vignali (1592 – 1664) and Luca della Robbia the Younger (son of Giovanni della Robbia), who is present with a glazed terracotta piece in the family tradition. In keeping with the Easter season, there is also a painting of “The Resurrection of Christ” by the Tuscan artist known as Cigoli (1559 – 1613).

The exhibition will remain open until April 28, 2019 and is accessible with an entrance fee of up to €5.  Hours are Thursday to Sunday, from 10 am to 1 pm and 3 pm to 7 pm. The show will be closed on Easter, but open on Pasquetta (Easter Monday), April 22. More information can be found at www.comune.montevarchi.ar.it or by contacting Montevarchi’s Culture Office by email at ufficio.cultura@comune.montevarchi.ar.it.  (lea bourgade & cassandra yeam)