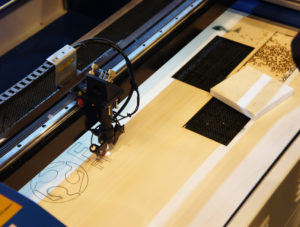 One city, four days, over 200 events: the annual Internet Festival (IF) returns to Pisa for a jam-packed celebration of all things connected to the World Wide Web from October 6 – 9.

The festival launched in 2011, and has since become Italy’s number one event for web and technology lovers. This year, the line-up is set to be the most exciting yet; from workshops and seminars to installations and games. This four-day Internet marathon has something for everyone.

The overall theme is “Digital Fabrics” (Tessuti Digitali). Dealing with issues from cyber security to immigration, this edition will explore the concept of the Internet as a textile of ideas that link and intertwine different aspects of society. As described by the organizers, the festival highlights the web as “a loom that weaves and connects data, concepts, and relationships.”

Another key theme is “Back to the Future.” The 2016 edition of the festival simulated a journey through time. A series of web-related talks and activities will delve into the complex world of the Internet—past, present, and future—from its origins back in the 1980s to the projected future in the year 2048.

The festival is directed by Claudio Giua, president of the Fondazione Sistema Toscana, and offers a variety of activities, all with free admission, held throughout the city.

Highlights include workshops and seminars analyzing the role of robotics in the work world, the current situation of start-up companies, and the challenges of digital publishing today. Particular focus will also be placed on the world of sports and the innovative products soon to be common in tennis, volleyball, cycling, and football.

Others sections include Digital Media, Economics & Startups, Gaming, T-Tour, The Future for Museums, The Digital Scene and Divine Food. The latter will focus on technology essential to food photography and blogging (October 7 & 8).

The T-Tour is essentially a cutting-edge digital playground.   It will be offered to help people of all ages and skill levels to gain a greater technological awareness through educational and entertaining activities.

Cybersecurity is a hot topic, and subject of the October 7 conference Security and Privacy in the Times of the Internet of Things hosted by journalist Claudia Fusani. The ethics of online journalism will be investigated by Repubblica’s editor-in-chief Mario Calabresi in a talk entitled “Life and Death on the Internet, the Reporter’s Responsibility,” on Friday, October 7 starting at 5:50 pm. As a foreign correspondent, Calabresi covered the aftermath of 9/11.

The Florence non-profit organization COSPE, whose motto is “together for change,” has organized a panel discussion on cyberbullying, with thought-provoking findings of the European study #SilenceHate (October 9).

Pisa’s Sant’Anna School of Advanced Studies in applied sciences is the driving force behind a new facility for stroke patients, where rehabilitation will be carried out by wearable technology.

The fundamental work of 3D printers will be highlighted, starting with a recreation of coral reefs designed to replace ones deteriorating from pollution, global warming and other factors (October 9). A 3D design also provided the model that enabled Carrara marble sculptors to recreate the Palmyra Arch destroyed by ISIS.  The artisans’ work, on a scale of 1:3, is currently on display in New York before relocating to Dubai.

The Internet Festival also offers the opportunity to publicize a new app available in 11 languages, Infostranieri, with its multitude of practical information accessible via cell phone to interested foreigners living in Italy.

An outdoor concert will headline English singer Jacob Collier, known for his soulful jazz and conversion of his popular YouTube videos into a multimedia format in collaboration with a MIT student (Saturday, Oct. 8, Teatro Verdi, 9:30 pm, free with online registration). Trekkies can come together at an event dedicated to the 50th anniversary of the Star Trek TV series that inspired the subsequent movies (Saturday, Oct. 8 from 6 – 11 pm, free cocktails and finger food for cosplayers).

A project involving the audience and 3D virtual reality of an Italian TV series, Gomorrah, is a spin-off of Roberto Saviano’s acclaimed organized crime non-fiction bestseller.

The itinerary also features Impossible Interviews. These events will spotlight three important women from history who were passionate about science and influential in their field. Thursday, October 6 will focus on Hedy Lamarr (1914-2000), an Austrian-American Hollywood actress (9 pm). Known at the height of her career as “the most beautiful woman in the world,” she was also the inventor of what became the precursor to many wireless technologies used today, including Bluetooth and GPS.

Continuing the Impossible Interviews on October 7 is a discussion on Greek mathematician, astronomer, and philosopher Ipazia (9 pm). The following day will showcase the career of Grace Hopper (1906-1992), a computer scientist and United States Navy Rear Admiral whose research led to the development of programming software (9 pm).

These are just a few of the happenings on the schedule. The Internet Festival opens a door into the limitless online world, transporting participants into a dynamic hub of science, innovation, culture, and creativity—hang on for the ride.