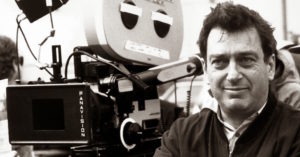 April 8 – 15: Lucca Film Festival and Europa Cinema at various sites around the city of Lucca.

The Lucca Film Festival was founded in 2005 with a mission of offering a wholly unique cinematic experience to the public. Today, the festival is an annual event that offers exhibitions, screenings, prizes, meetings, lectures, and even film competitions not just dealing with cinema originating from Italy but from all over Europe to a wide audience.

In the past, the festival has showcased honorees such as American director David Lynch and American filmmaker Oliver Stone. Notable artists who will be at the 2018 edition to share their experiences throughout the week include Martin Freeman, Anton Corbijn, Rupert Everett, Sabina Guzzanti and Laura Morante.  Everett will be honored with a Life Achievement award from the festival on April 12, followed by the world premiere of his newest movie, The Happy Prince (8:30 pm, Cinema Astra, Lucca)

The festival will screen 14 international films selected by a jury in their annual Short Film Competition, and will select Best Film by the end of the week. The contest features some of the brightest researchers and directors of our time from Qatar, Germany, Canada, France, Kosovo, Dominican Republic, Argentina, United States, China, Russia, Romania, Japan, Israel, and Brazil.

On top of the Short Film Competition, there will be many award ceremonies, meetings, talks, and screenings dedicated to different aspects of cinema led by actors, directors, screenwriters, and others familiar with the industry. Themes include women’s role in cinema, the powerful interrelationship between cinema and music, and also the relationship between English literature and cinema.

Twice Oscar-nominated English filmmaker Stephen Frears (director of The Queen and Philomena) will be the festival’s special guest.  He will receive a career award on Friday, April 13 at 8:30 pm at Cinema Astra (Via Della Dogana 7, Lucca), which will be followed by a screening of his film, Dangerous Liaisons, (Relazioni Pericolose in Italian, 1988). He will also host a master class on his directing experience where he will interact with the audience members on April 14 after the 9 am showing of his film Victoria & Abdul (2017) at Viareggio’s Cinema Centrale.

To further celebrate his work, the week will also include screenings of the director’s career highlights: High Fidelity (Alta Fidelita, 2000) on April 10, and lesser-known titles such as The Hit (Vendetta, 1984) on April 11, and Florence Foster Jenkins (Florence, 2016) on April 9, all at Lucca’s Cinema Centrale.

Don’t miss out on the annual cinematic event of the year in Tuscany. To view the program and to purchase tickets, visit www.luccafilmfestival.it. (anna rosin)