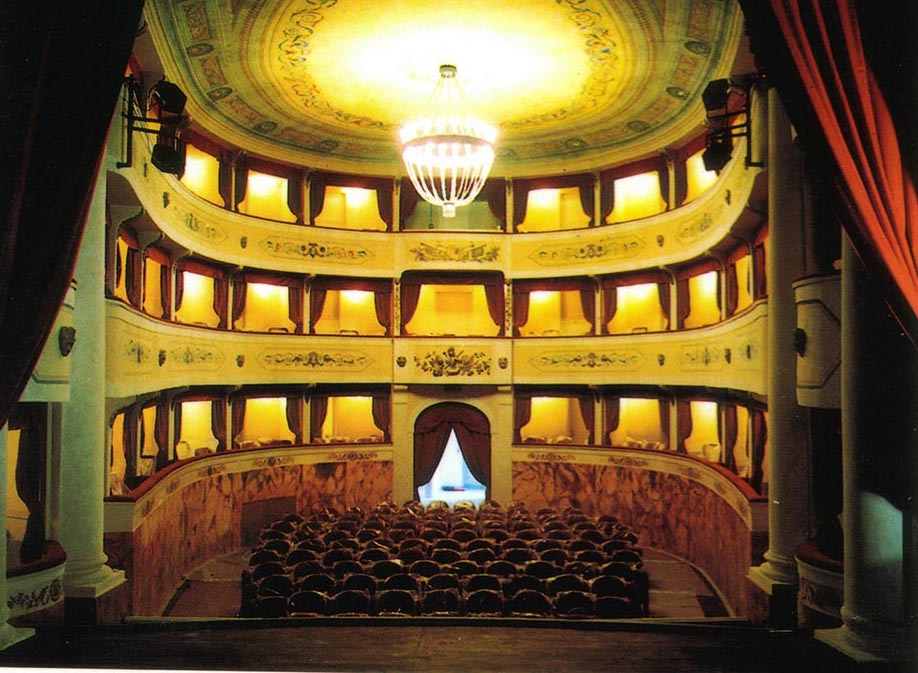 In 1967, British couple and trained theatre professionals Peter Hunt and Gillian Armitage first dazzled the medieval Tuscan town of Barga with Festival Opera Barga. Their vision was to promote and celebrate the classical arts as well as the young talent that carries classical into the modern age. Fifty-three years later and the festival is still going strong, now run by Armitage and Hunt’s son, Nicholas Hunt, who keeps his parents’ vision alive.

The 11-day festival begins with Vivaldi’s version of Metastasio’s opera ‘Catone in Utica,’ performed in the Teatro dei Differenti in Barga on July 27 and 28 at 9.30 pm. A decade after the libretto was written by Pietro Metastasio in 1728, musical virtuoso Antonio Vivaldi composed his ‘Catone in Utica’ based on Metastasio’s story. Not only did Vivaldi create a dazzling score, he also played with the storyline, altered it to make it his own, claiming ownership of both the music and narrative – Vivaldi reimagined almost every single one of the original arias, and also decided to eliminate the tragic ending of Catone’s suicide, substituting it for the final reconciliation of Marzia and Cesare.

The 18th century baroque opera dramatises the nail-biting final days of the Roman Empire, the culmination of the civil wars between supporters of Pompey and Caesar that brought it all crumbling down. In ‘Catone in Utica,’ Julius Caesar advances to Utica, which was the capital of a province in northern Africa created by the Romans, coming to blows with Cato the Younger, one of the remaining Pompeians.

While the story is far from factual, the historical backdrop adds rich texture to the opera that is widely considered to be Vivaldi’s final masterpiece. As his third to last work before his death, ‘Catone in Utica’ was composed with a breadth of musical experience and expertise. So charged with energy and inventive melodies is the score that not even the fact that the entire first act was lost stands in the way of this opera’s acclaim.

Federico Maria Sardelli, director of the Orchestra Modo Antiquo who will be bringing the operatic triumph to life at the festival, advocates that the missing first act enhances the work, if anything. Many conductors decide to attempt to reconstruct the first act, but not Sardelli. The unlikely asset of the missing act means that the slower elements of the story that serve to set the scene are skipped over and the opera can move directly to the action, the crux of conflict that makes this melodrama so compelling.

In a thorough selection process, over 100 singers from across Italy flocked to Florence to audition for the opportunity of a lifetime to perform in the festival. Finally, the number was narrowed down to the lucky seven who will interpret the characters of Catone, Emilia, Cesare, Marzia, Arbace, Fulvio, Antiquo. Such a rigorous auditioning process allowed the directors to select the voices that were most suited to the personality traits and emotional arc of each character in order to deliver an opera of the highest calibre and do Vivaldi’s masterpiece justice.

Following the grand opening nights of opera, the festival welcomes an adaptation of Franz Schubert’s sombre ‘Winterreise’ on July 29 at 9.30 pm. Completed in 1827 during a period of personal trauma for Schubert, ‘Winterreise’ explores some darker emotions, as its title meaning ‘winter’s journey’ indicates. The set of 24 songs for voice and piano are poems by Wilhelm Müller that Schubert adapted to music. They trace the lonely story of a sole traveller who embarks upon a tumultuous journey out in the snow to escape the despair of his unrequited love.

The introspective and sorrowful journey will be performed by the highly acclaimed tenor Marcello Nardis and pianist Simone Soldati, as well as Sandro Cappelletto who will narrate to clarify the German storyline. The famously challenging score of ‘Winterreise’ will highlight the artists’ musical mastery as they display technical prowess as well as an ability to convey the raw emotion and distress that Schubert’s work seeks to emanate.

‘Gurdjieff: Musica per la Quarta Via’

The following concert to take place in the Teatro dei Differenti on July 31 at 9.30 pm is dedicated to mystic, philosopher, spiritual teacher and composer George Ivanovich Gurdjieff. The show is aptly named ‘Georges Ivanovič Gurdjieff: Musica per la Quarta Via,’ after Gurdjieff’s teaching of self-improvement known as ‘The Fourth Way.’ The Fourth Way was developed as a path to spiritual enlightenment that would be accessible to the ordinary individual in the modern world, more so than the other three possible paths: Fakir, Monk and Yogi. Gurdjieff’s Fourth Way was conceived to work on all three of the individual’s centres – intellect, emotion and movement – in order to achieve inner harmony.

As part of his teaching of self-observation and self-study, Gurdjieff introduced his students to ‘Gurdjieff movements.’ These were a series of sacred and traditional dances that the philosopher discovered along his extensive travels in the Middle East and Central Asia, and a number that he choreographed himself based on the rich tapestry of movement that he absorbed from various cultures.

Another of Gurdjieff’s important legacies is the body of music that he composed for piano in collaboration with his student Thomas de Hartmann, inspired in particular by songs, chants and prayers he heard in remote monasteries across the globe. He was drawn to the ability of music to preserve and reveal the characteristics unique to specific cultures, so produced this medley of intricate melodies that interweaved the traditions he encountered.

This genre-defying collection of music and movement will be interpreted by accomplished pianist Massimo Salotti and performance artist Fabrizio Da Prato. Together, they dissolve boundaries between art forms and follow the purpose of Gurdjieff’s music which was to accompany movement, an exploration of the body that then extends to an exploration of the self.

The three final shows in the Teatro dei Differenti are part of the third edition of PianoBarga, a segment of Opera Barga that focuses on pianistic innovation. Six concerts will be presented – three of which are in Barga, and the other three are in a small town outside of Barga, San Pancrazio. Previously, PianoBarga had only showcased solo pianists. This year, however, brings about a piano four-hands performance (two pianists playing the same piano), as well as a special concert of six pianos.

Power couple and piano duo Roberto Prosseda and Alessandra Ammara will be the four hands in their ‘A Quattro Mani’ concert on August 2 at 9 pm, playing pieces by Felix Mendelssohn, Maurice Ravel and Ottorino Respighi. Both musicians have cultivated great international success as they pursued solo projects, and have been joining forces sporadically since 1999 to play as a dynamic duo. The pair are particularly renowned for their expressive yet precise performances of compositions by Mendelssohn, playing in perfect harmony, becoming one behind the keys.

The last two shows in the Teatro will showcase piano virtuosos Gile Bae and Julien Libeer in solo performances on August 4 and August 6 at 9.30 pm respectively. Gile Bae is a force to be reckoned with, making her orchestral debut as a soloist in South Korea at the age of five. Since then, she has gone on to study at a number of prestigious musical institutions, played all over the world, and won major international competitions. Bae will demonstrate her talents by performing two pieces by Johann Sebastian Bach: Corale in sol maggiore BWV 147 and Variazioni Goldberg BWV 988.

Opera Barga closes with a solo concert by Belgian pianist Julien Libeer, who has also accrued an astounding number of accolades throughout his career, including the Juventus Award, the Klara Award and the Diapason d’Or de l’Année. His innate talent flourished further under the expert tutelage of classical music moguls Jean Fassina, Maria João Pires and Daniel Blumenthal, who laid the groundwork for Libeer’s impressive career. At the festival, he will play works by Respighi, Bach, Chopin, Lipatti and Bartók, showing off his broad repertoire and spellbinding pianistic skill.

No more idyllic a setting could be imagined for this celebration of classical music that brings together established artists of international acclaim and up-and-coming talent. Opera Barga festival has elaborated a programme of great variety and innovation, simultaneously recalling a rich musical past while renewing and reinventing the legacy entrusted to the artists of today. (saskia brown)