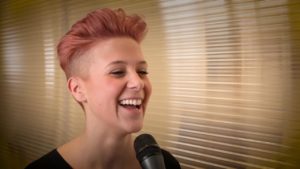 San Remo Young will feature Italian singers in the age group of 14 to 17 years old who are from all over Italy, including Tuscany. Thousands of hopeful singers tried out, and the group has been narrowed down to 12 final contestants, including Impruneta resident Eleonora Pieri.

Pieri won her spot with the songs “America” by Gianna Nannini, “Quello Che le Donne Non Dicono” by Fiorella Mannoia and “Caruso” by Lucio Dalla. She received the news that she had been selected for live broadcasted competition while she was at school, and she and her friends had a small celebration of her accomplishment. She says after being accepted into the top 40 contestants, she did not expect to be selected into the final twelve, however, she is incredibly excited to have this opportunity.

Pieri began singing when she was seven years old as a part of a choir in Impruneta and then began solo-singing and taking voice lessons later on. Eleonora says that she remains very thankful to her vocal coach, Beppe Dati, and that she draws inspiration from a wide variety of genres and performers. She likes to listen to Italian and American rap, rock, and pop, and she likes to experiment between genres and musical time periods when she sings. Starting this Friday, watch and support Eleonora as she competes to be the first ever San Remo Young champion.