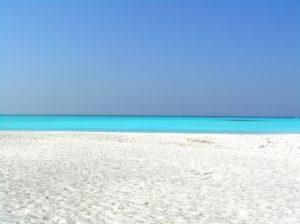 As warm weather arrives in Italy, beach-goers are ready to hit the beach. In an unfortunate twist, two Tuscan beaches have closed due to potential health hazards.

The beach at Rosignano Marittima is off limits, in an ordinance signed by mayor Alessandro Franchi in the light of public safety. South of Livorno, the beach is routinely monitored by Apat with periodic samples. Samples received on April 17 revealed levels of enterococci exceeding the legal limit. Further samples will be inspected in May. Swimming is strictly prohibited until the water is ensured to be safe for public use. A similar ban took place last year in October.

A number of beaches at Viareggio have closed, due to the minimal presence of E.coli. Viareggio is located north of Pisa in the Versilia. As the bacteria has been found at mouth of the Fosso Fiumetto, its proximity to Viareggio has caused precautionary measures to be taken. The ban, prohibiting swimming, is in place and will be updated upon further inspection.

Given that the official beach season began on May 1, the public safety department is hard at work to promote public safety on the Tuscan coast. (izzy lunow)