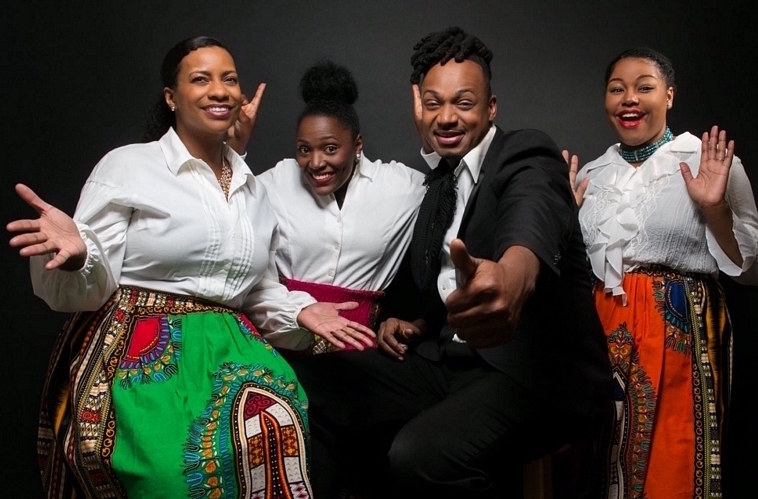 The weather may be getting colder, but the cities of Tuscany are filled with warm cheer and hot beats with the return of the annual Tuscan Gospel Festival. Since 1996, the organizers have brought the African-American church music tradition to Tuscany, inviting the best U.S. gospel singers and groups to come an perform in various venues across the region.

For the festival’s 23rd year, there will be shows running from mid-December until January 1, with different choirs, singers, and groups giving shows performing nearly every day. With the addition of three concerts this year, recitals will held in Florence, Prato, Siena, Arezzo, Montevarchi, Empoli, Cortona, Sansepolcro, Massa and Cozzile, Calenzano, Monteriggioni, Fucecchio and Marciano della Chiana, with Carrara and Chiusi being added to the festival locations.

Below are some of the program’s highlights, especially those closer to Florence for those who want to keep travel time to a minimum. Please be aware that some of these concerts are free and some require a low admission fee, so be sure to check at the festival’s website to see which require a paid ticket.

On December 18, we have the Roderick Giles and Grace will take the stage in Empoli at Cinema La Perla, a movie theater that will be transformed into a swinging, singing venue for the gospel group. Rodrick Giles is from Washington D.C. and has been performing in gospel choir since his middle school years, while the group Grace is made of six talented singers who have performed in the White House and at the Kennedy Center.

Markey Montague & Fellowship will be performing in Sansepolcro at the Church of S. Francesco on December 19th, bringing a talented composer, director and teacher of gospel music. Markey Montague has previously toured in the U.S., Italy, and Europe, as well as collaborated with big name gospel groups and singers. With the title of Minister of Music and Fine Arts for the Baptist Church of Salem, Markey Montague & Fellowship are a talented group blending contemporary and traditional gospel music, which will breath new life into the church.

December 20th at Mascagni Theater in Chiusi, there will be the stylings of the talented trio, the Anointed Believers. A pair of brothers and their childhood friend, this group has had ages to practice and perfect their sound, bringing a powerful stage presence and fast-moving tempo of contemporary gospel. Furthermore, the group will be opened by the Prato Gospel School and the Revolution Gospel Band, bringing some local Italian gospel into the performance to get things started. There will be another performance by this trio on December 29 in Arezzo at the Petrarca Theater.

In Carrara on December 21, the Duke Fisher Heritage Singers will be performing at the Church of St. Peter, bringing the energy of New Orleans and Atlanta to the city. A pianist, singer, and choral director, Duke Fisher brings his experience and love for gospel music, as well as handpicked top singers to form the rest of the group. Having worked in the world of Soul, Pop and R’n’b and had training as a classical pianist, this group’s gospel takes on many layers of complexity that makes for a unique sound. This group will also be headlining on December 28 in Calenzano at the Manzoni Theater with the opening by the Prato Soul Children.

Pastor Ron Gospel Show, an amazingly talented and awe-inspiring musician on the gospel scene will appear in Siena at the Teatro dei Rozzi on January 1 as one of the last events of the festival. He will share the stage with six more performers, both singers and bands, who will lend their velvet tones and upbeat energy to the atmosphere of the show. This event acts as both concert and show, blending humor, dancing, and music to bring a heap of fun to those who attend.

In addition, there will be another performance by The Harlem Voices featuring Eric B. Turner in Monteriggioni at Piazza Roma on January 1.  While this group doesn’t categorize their sound solely under one genre, they draw on the inspiration gospel brings and their nearly 20 years music experience to create a fun, lively performance. Led by Eric B. Turner, who has been on American shows such as “Law & Order” and performed at Barack Obama’s inaugural ball, this group is a talented and prestigious group people will love from the first note.

These concerts provide an opportunity to move and groove to the energy gospel brings; check out the website for the full schedule and ticket information for a wonderful time!  (cassandra yeam)