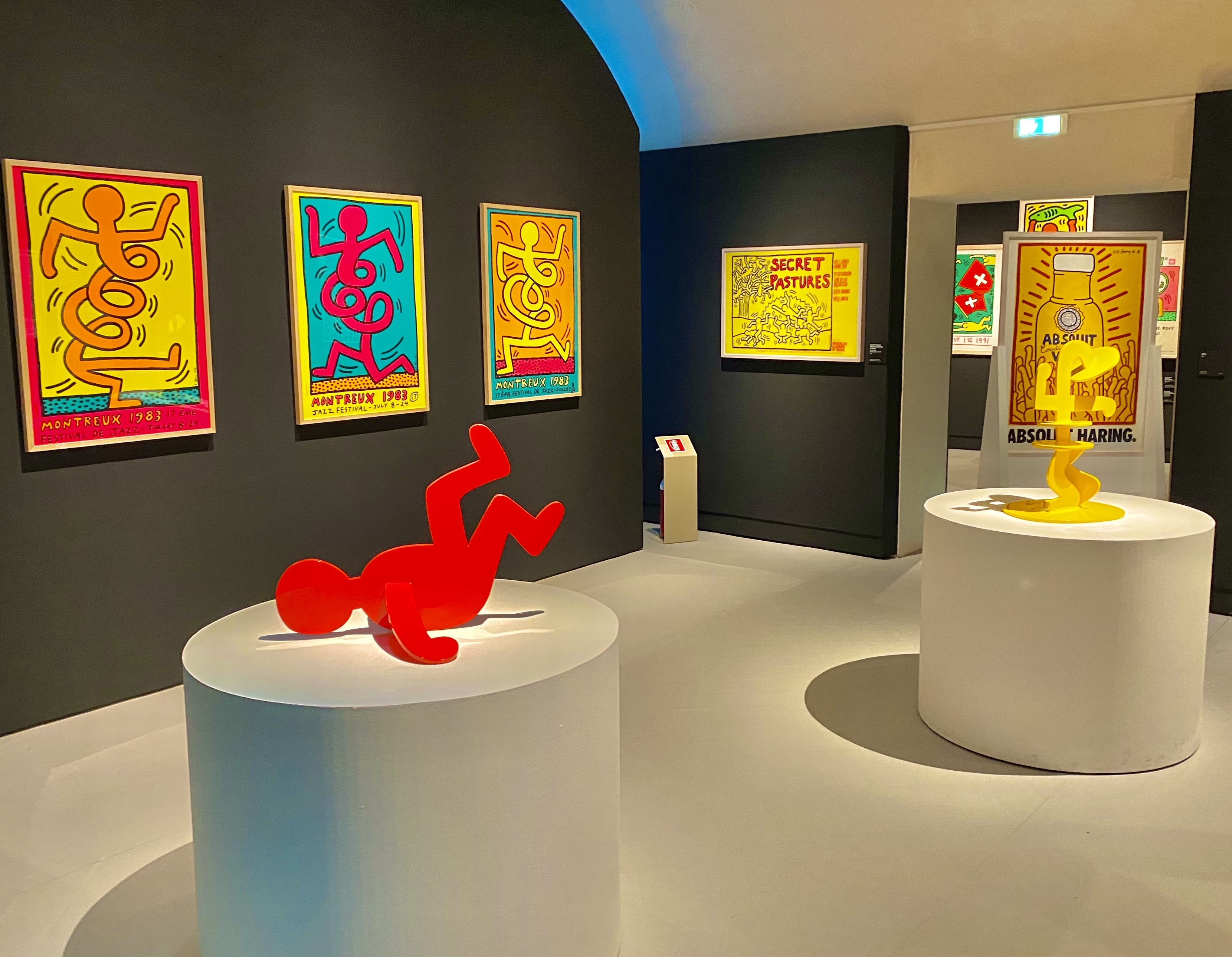 The Keith Haring show, at Palazzo Blu in Pisa, pays homage to the American artist, known as one of the creators of street art.  The exhibition displays a rich selection of over 170 works from the Nakamura Keith Haring Collection from the personal collection of Kazuo Nakamura. For the first time in Europe, works from the beginning of his career to the end are currently for show in Pisa. Included are many series in their entirety such as Apocalypse (1988), Flowers (1990) and many other drawings, sculptures and large works on canvas.

His pop art, which first emerged from the New York City graffiti subculture of the 1980’s, includes many commonly known stylized symbols of cartoon people, dogs, hearts, smiley faces, the radiant baby, the angel and many more. This imagery serves as a sort of universal language understood by many even if unfamiliar with his art due to their relevance regarding topics important to the youth in the 80’s and even in today’s SNS generation: love, life, death, culture, pop and politics. Haring aimed for his art to be comprehensive and all-embracing: “My hope is that one day, the kids who spend their time on the street will get used to being surrounded by art and that they can feel at ease if they go to a museum.”

Haring lived in Pisa in 1989 to paint the famous mural “Tuttomondo”. It occurred due to a meeting between the artist and the young student Piergiorgio Castellani in New York in 1987. Castellani had suggested that Haring make something in Italy and Haring accepted this suggestion resulting in: The Keith Haring Italian Project. Castellani then brought Haring to Pisa where the university helped with several students as assistants to paint the wall of the Convent of Sant’Ambrogio. On June 20, 1989, the mural was inaugurated presenting Keith Haring’s “passion for life” for the world to see.

Haring also use his art to emphasize AIDS prevention, gay rights, apartheid, racism, wars, drug use, environmental protection and violence. These were the issues that he cared about the most and with the use of his art on posters, brought them to the public’s attention. Many of these posters are available to view now in Pisa. One poster that stood out to me was the one for National Coming Out Day on October 11 in 1988. It’s beautiful because it feels so unapologetic and straight-forward. Depicted Haring’s well-known, simplistic yet powerful cartoon outlines of people walking through an open door with its arms shrugged and its leg kicked out. It is moving in a fun way and I appreciated this poster when at the exhibition.

Additionally, Haring would lend his hallmark images and symbols with bright, lively colors to advertise for many music events and concerts. He collaborated with many musicians to produce astounding and controversial imagery for their music. One of his most popular of these types of works is his collaboration with David Bowie for Bowie’s 1983 album, also on display at this exhibition in Pisa. The cover features two figures embracing one another channeling the song’s message of “love and connection.”

On February 16, 1990, Haring passed away from AIDS-related complications in Greenwich Village. Haring devoted much of his life to public works, often containing very important social messages. He produced over 50 public artworks between the years 1982 and 1989 in many cities worldwide. Much of his work was created for charities, hospitals, orphanages and children’s daycare centres. He also held drawing workshops for children in museums and schools in New York, London, Amsterdam, Bordeaux, and Tokyo and produced cartoons/imagery for a variety of literacy programs and other public service campaigns. Haring’s imagery is known worldwide to represent love and inclusiveness and is still very much relevant in today’s society. (breanna assumma)