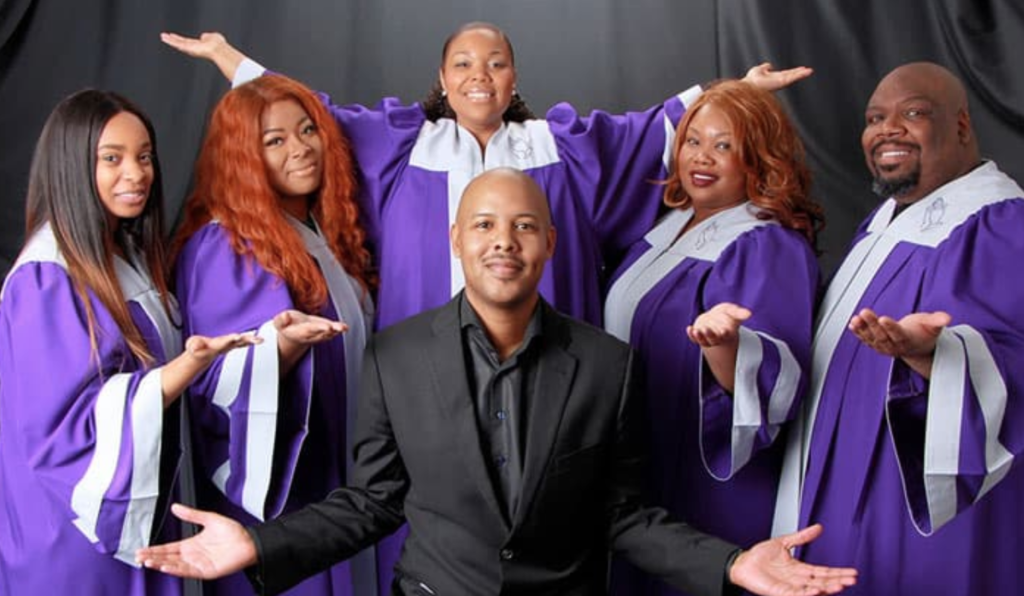 Nate Brown and One Voice

The Toscana Gospel Festival returns to Tuscany after a delay due to COVID, and with it brings 13 concerts filled with harmonic music to cities across the region. The 25th edition of the event will start on December 16, ending with the traditional finale on January 1, 2022. Groups from all over the United States are arriving to perform across 13 stages in the region. Alongside this, a workshop will extend the teachings of choir and Gospel singing to Italy in Arezzo, led by Reverend Pastor Ronald Hubbard.

For the latter half of December, Italy will receive a lot of exposure to a key part of United States culture created by the African American community. As one of the oldest forms of American folk music, the audience of these performances can hear the influence of many popular genres that would dominate recent music history, such as blues, R&B and rock.

The festival is collaborating with Autismo Toscana, an parent-run organization founded in 2001 that seeks to increase public awareness on autism and clear the many misconceptions surrounding it, in order to publicize their platform. Marino Lupi, Autismo Toscana’s president, says that “we are involved in something that brings joy and inclusion, the value of gospel music that has its roots in the history of great suffering of people in the minority. This initiative is therefore something new and unique in the Tuscan regional scene that we are sure will make children feel good.”

Ragini Gupta, the U.S. Consul General for Tuscany, says that “it is an honor for the American Consulate to promote this year’s Tuscan Gospel Festival alongside the Regione Toscana and its many collaborators and sponsors.” The event brings some of the most talented musicians from cities in the U.S. like Baltimore, Orlando, Washington D.C. and many others.

The curtain will rise on Nate Brown and One Voice and their performance on December 16 in Torrita di Siena at Teatro degli Oscuri and December 17 at Bucine’s Teatro Comunale, beginning at 9:15 pm. They will also headline at a show later on in the festival on December 29 at Teatro Manzoni in Calenzano, always at 9:15 pm.

The group consists of five singers selected by musician Nate Brown, who studied at the Duke Ellington College of Music. His career has led him to perform in France, England, Belgium and Canada.  Brown’s hand picked group of talented singers bring their art to the Tuscan stage.

The Women of God is a gospel line-up consisting of five singers and three musicians, spreading their message of peace and love to the audience. With a decade of tours under their belt and a history of performing hundreds of concerts, The Women of God bring their well renowned act to Tuscany.

The Gospel Sinergy workshop will teach the ways of gospel to any aspiring singer, thanks to the teaching of Ronald Hubbard, also known as Pastor Ron. This workshop will take at the Guido d’Arezzo Foundation, Corso Italia 102 in Arezzo, on December 18 from 4 to 7 pm and December 19 from 10 am to 1 pm. Registration costs €10, which can be done by calling 0575 27961 or 338 8431111, or by emailing segreteria@officinedellacultura.org.

Ronald Hubbard will also headline with the Pastor Ron Gospel Show. He brings his internationally recognizable charisma to the stage with five other artists, which helps to create a show with a vibrant atmosphere. The performance will be held in Arezzo’s Teatro Petrarca on December 19 at 9:15 pm, Castelfranco Piandiscò’s Teatro Wanda Capodaglio on December 20 at 9:15 pm and Teatro Mascagni in Chiusi on December 22 at 8:45 pm.

Tickets for Arezzo which range from €15 to €8, can be purchased at Teatro Petrarca’s ticket office on Wednesday, Thursday and Friday from 5:30 to 7:30 pm or through the Officine della Cultura. Tickets for Castelfranco Piandiscò cost from €10 to €5,  and can be reserved by calling 055 9631262 or email cultura@castelfrancopiandisco.it.  Admission to the concert in Chiusi costs either €15 or €10, to book call 0578 226273 or 3459345475 or send an email biglietteriafondazione@gmail.com

The Revolution Gospel Choir concert is the culmination of maestro Leonardo Morganti’s efforts in leading the first Gospel school headquartered in Prato. In April 2009, He became familiar with the traditions of the music genre during his time in Los Angeles and London, leading him to recreate a similar spiritual and emotional atmosphere evoked when listening to gospel music. His new show will be held in Torre di Marciano in Marciano della Chiana on December 26 at 9:15 pm.

JP & the Soul Voices brings their unique blend of modern music and the traditional gospel of the southern U.S to the Tuscan stage. Formed in 2006 by “JP” Polk as “Voices of Life,” the Soul Voices bring an atmosphere of celebration and joy wherever they perform with their extensive repertoire brought from their home state of Florida. The show will take place on December 27 at 9:15 pm in Teatro Signorelli in Cortona and December 28 in Nuovo Teatro Pacini in Fucecchio.

Eric Waddell & Abundant Life Singers brings the sound of contemporary gospel to help send off the month of December. Waddell studied as a psalmist in the Peabody Conservatory and became the head of Abundant Life Singers to spread the message of gospel in the way he was most enthused about — music. He has built a group consisting of many talented Baltimore singers and now brings his performance to Santa Maria Assunta in Montepulciano on December 28 at 9:15 pm.  Admission to the event is free, with reservations made by calling 0575 27961, alternatively 3388431111 or by emailing biglietteria@officinedellacultura.org.

Please refer to the section on the Women of God for the concluding performance of the Toscana Gospel Festival on January 1.