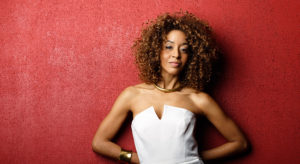 A festival that takes places both in Prato and Florence, MetJazz 2018 provides a wider, even more robust program than usual, staying true to its classical roots while embracing a rich jazz culture. This year’s event will circulate around the theme of languages.

Originating in the African American communities of New Orleans, Louisiana, United States in the late 19th century, jazz is typically expressed in English; however, over the past few decades has spread globally and been sung in a variety of different languages. Throughout the course of this year’s MetJazz, attendees are able to experience Jazz in English, French, Yoruba, Spanish, Italian, and the captivating Italian dialect of Friuli.

Seeking to explore the borders between musical languages, the theme of this year’s festival investigates the idea that no genre is a closed entity, but rather a conglomerate of worlds, taking and borrowing from other genres: constantly open, fluid, and changing. These musical worlds are often placed in opposition to one another, while in reality there is a natural dialogue occurring between them that allows for blending and evolving.

On February 15, Marzi and Succi provide a contemporary review while Enrico Pieranunzi and the Camerata Strumentale classic ensemble will provide historical light on the popular jazz figure, John Lewis. The festival will also investigate the boundaries and relationships between electric and acoustic rock, world music, electronic music, and other expressive forms, such as literature.

On February 16, MetJazz and Musicus Concentus welcome Swedish trio Fire!  Established almost by chance, the group came together after Swedish promoter Conny Lindstrom hired the trio for a night at the Riche in Stockholm. It was there that the three created the perfect blend of their musical backgrounds. Full of energy and dismantling classical traditions, Mats Gustafsson, Johan Berthling and Andreas Werliin provide a fresh approach in improvised music, with inspiration taken from garage punk and electronic genres.

The concluding concert on February 19 will showcase Afro-Cuban music by violinist and singer Yilian Canizares.  A native of Havana, Canizares was musically trained at a Russian school and later moved to Venezuela for three years. Upon finally emigrating to Switzerland, the violinist discovered her passion for jazz and began singing. Not only does Canizares sing in a mingling of languages: her music reveals a seamless blend of all the cultures that have shaped her identity as a musician thus far.

Through February 19, a photography exhibit by Marco Benvenuti will be on display in the foyer of Teatro Metastasio. Benvenuti’s photos evoke the deep passion and intimacy between musicians and their instruments. The exhibit seeks to visually express the magical and intricate moments of live jazz.  (audrey allahverdian)