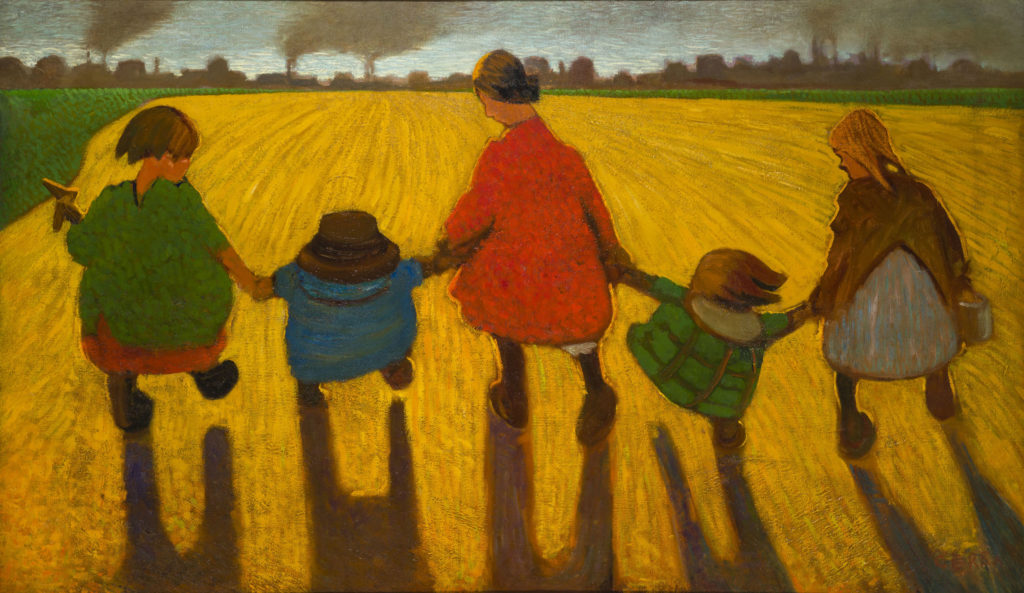 A child’s world is one of simplicity, naïveté and wild imagination. During the first three decades of the 20th century, several Italian artists sought to recreate this childlike enchantment, either by choosing children as their subjects or by creating art with a primitive, childish aesthetic. Many of the resulting works from this period adorn the walls of Lucca’s Complesso monumentale di San Micheletto for an art exhibition entitled Artista Bambino: Childhood and primitivism in Italian art of the early twentieth century.

A product of the Ragghianti Foundation, this art show combines images of children with art reverting to a child-like style, with the ultimate goal of presenting the world of a child from diverse artistic perspectives.  The exhibition takes inspiration from the research of Carlo Ludovico Ragghianti, who spent years studying the many links between childish drawing, medieval art and artistic production of the early 20th century.

The show flows in chronological order, from late 19th century models of childhood art to Italian primitive art from the early to mid 20th century. After opening with paintings and sculptures of children by Adriano Cecioni, the exhibition presents Corrado Ricci’s first experiments with child drawings and a series mixing child drawings with Medieval-inspired art. One such art piece is Alberto Magri’s breathtaking Il Bucato (1913), a series of primitive paintings depicting the life of women and children engaged in daily tasks against breathtaking mountain scenery.

The rest of the exhibition includes unsettling depictions of children during World War I, childlike examples of popular art by Ardengo Soffici and Carlo Carrà, works with childish interpretations of space and volume, and stunning portraits and enchanted landscapes from the 1920s and 1930s. The end result is a thoroughly unique exposition filled with a variety of artworks, all sharing an intense fascination with the child’s mind.

Artista Bambino: Childhood and primitivism in Italian art of the early twentieth century can be visited until June 2. Complesso monumentale di San Micheletto is open Tuesdays through Sundays from 10 am to 7 pm. Tickets range from €3 to €5; for more information, email info@fondazioneragghianti.it or call 05834672056. (Lea Bourgade)