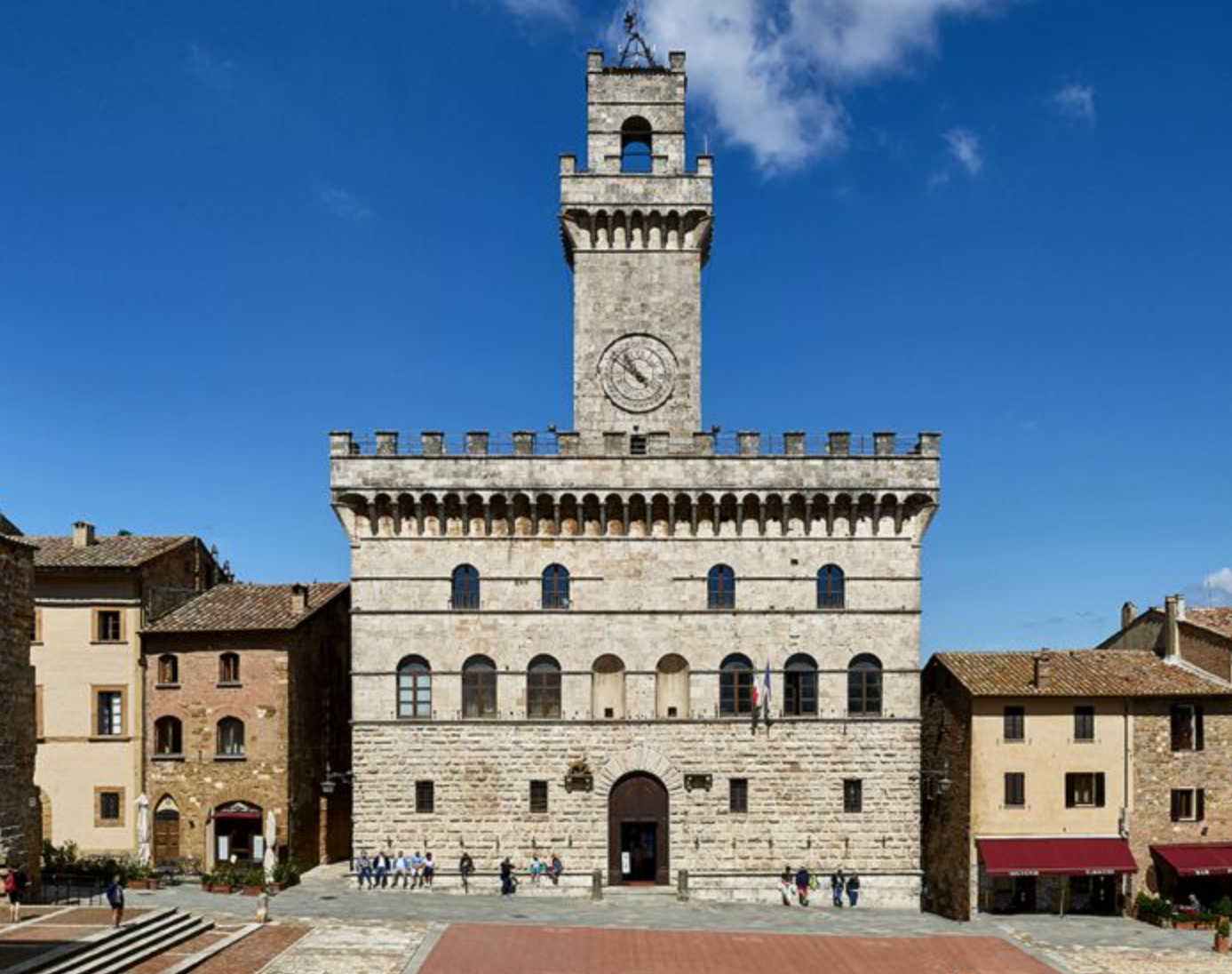 Montepulciano’s Palazzo Comunale is located in Piazza Grande, venue for many of the festival’s performances

Il Cantiere Internazionale dell’Arte has unveiled its 47th annual edition with an eclectic program where particular attention is given to contemporary art by young performers. The festival takes place between July 16 and 31 in and around Montepulciano, one of the most authentic and charming towns of Tuscany.  During these two weeks, Montepulciano and outlying villages in the Siena countryside will be filled with cultural events including 15 premières and five orchestral performances, with the participation of artists from all over the world.  In addition, the wide-ranging program comprises theatre pieces, operas, classical concerts, dance shows, and lectures.

Initiatives of this international and multidisciplinary festival will take place at a number of historical venues in town. These include La Fortezza, an ancient fortress; Piazza Grande, Montepulciano’s main square, surrounded by medieval architecture; a newly renovated Teatro Poliziano, which dates back to the 1800s; the Palazzo Ricci courtyard which offers a panoramic view; the church of San Biagio, an example of 16th century Tuscan Renaissance architecture; and the Giovanni Falcone Auditorium, which can seat up to 100 viewers and is located in a former courthouse.

The comic opera “Rita (Two Men and a Woman)” by Gaetano Donizetti inaugurates the festival on Saturday, July 16 (9:30 pm) at the Poliziano Theater.  A rarely performed composition in the Donizetti repertoire, the one-act work is presented for the first time in a specially commissioned transcription for chamber orchestra.

Il Cantiere also offers three dance shows.  On July 22, Piazza Grande will be the stage for “Ototeman,” and “Echoes of Life” at 9:30 pm.  Directed by Sofia Galvan and Stefania Menestrina, Ototeman makes its premiere in Italy under the guidance of art director Rosanna Brocanello. On the same evening, Silvia Azzoni and Oleksandr Ryabko will interpret “Echoes of Life” choreographed by Kristina Paulin, Marc Jubete, and Thiago Bordin, accompanied by Michael Bialk on piano.  A performance of  “Camera Obscura,” choreographed by Michele Pogliani, is scheduled on July 30 again at the Teatro Poliziano (9:30 pm).

Up to the last day of July, there will be 42 performances, which also spotlight two youth orchestras – the Poliziana, established by the Cantiere, and the Orchestra Giovanile del Conservatorio della Svizzera Italiana – plus two more orchestras with experienced players – the Orchestra della Toscana and the Dresdner Sinfoniker. The festival ends with a closing concert by the Orchestra della Toscana with music by Colasanti, Prokofiev and Schumann conducted by Marc Niemann in Piazza Grande at 9:30 pm on July 31.

A program highlight is a tribute to film director and intellectual Pier Paolo Pasolini on the 100th anniversary of his birth with a theatre piece by Roberto Paci Dalò and Benedetta Bronzini in addition to other events that will be included in the festival’s 15 premières, demonstrating the new creativity strongly desired by the Cantiere’s artistic director, Italian composer Mauro Montalbetti.

For the first time, Il Cantiere Internazionale d’Arte is debuting the free babysitting service facilitating adults to attend shows and concerts  while children can participate in musical activities under the guidance of the staff of the Henze Institute.

Montepulciano has also made musical preparatory and teaching activities available free of charge for all students in public schools in the area. This year alone, the Cantiere Internazionale d’Arte Foundation, with the instructors of the Henze Music Institute, have enrolled 1,200 kids in music classes in a town of about 15,000 inhabitants. Every year since 1997, including throughout the pandemic, new classes have been offered to children in order to create a group of young people who have no equal in Italy in terms of music literacy.  The Henze Music Institute makes a strong contribution with 420 students involved in 34 individual instrumental courses, from horn to classes for DJs and producers, and several collective courses. The harp class course alone has 20 members, which is highly unusual even for conservatories, while 12 solfeggio classes are active.  (elif aytemiz)