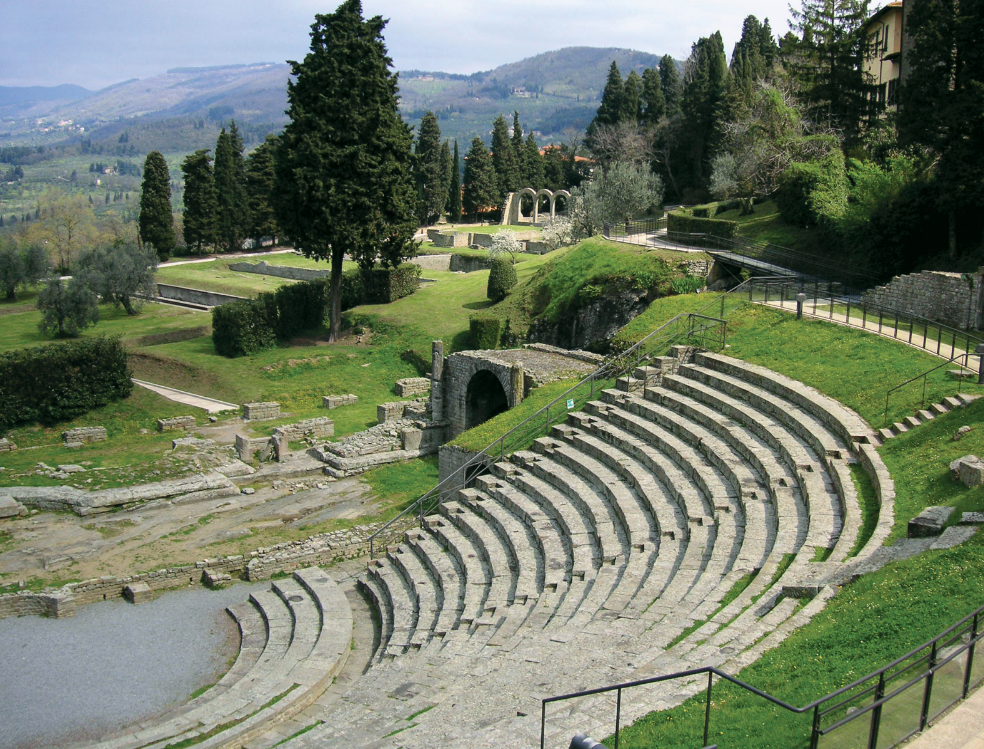 The venue of the Fiesole Summer Festival

In a time when the vast majority of summer festivals and events have been cancelled or postponed until next year, one event that will still be going ahead in streamlined form is the Fiesole Summer Festival (Estate Fiesolana). One of Italy’s oldest open-air festivals, the Estate Fiesolana has taken place in the town’s stunning Roman theatre (built between the first centuries B.C. and A.D.) every year since its inception in 1947.

Set in the beautiful and historic Roman theatre in Fiesole, just over a 10km drive (six mile) from the Florence city centre, the festival will consist of a series of music and theatre performances, as well as talks, held on various evenings between June 21 and August 6. From August 7 onwards, the program of film screenings originally scheduled, however, will no longer be held.

Naturally, this year’s edition will be introducing measures due to the coronavirus pandemic to that ensure social distancing rules are upheld. The maximum capacity of the theatre has been reduced to 380 people, with single-seat tickets that are assigned but not numbered.

As usual, a free musical celebration of the summer solstice in the historic Roman theatre will kick-off Fiesole’s annual festival on June 21 starting at 9:15 pm. The Alioth and the Shaborùz quartets will interpret Haydn and Beethoven in the midst of ancient ruins and natural beauty, taking the beautiful ancient and lofty setting as its stage and the rolling hills of Tuscany as a backdrop.  Admission is complimentary but a seat must be reserved on the Estate Fiesolana website.

A number of performances have been postponed until next year, however tickets purchased to see names such as Niccolò Fabi, Devendra Banhart, Pink Floyd Moon and Ensemble Symphony Orchestra will remain valid for the 2021 edition. This year, artists including Neri Marcorè, Edoardo Leo, Lella Costa, Chiara Francini and many more will entertain guests at the theatre, while four separate evenings will play host to a performance of Decameron – Un racconto italiano in tempo di peste (Decameron, an Italian Tale during the Plague written by Sergio Maifredi) from the Teatro Pubblico Ligure. On another note, Carlo Cottarelli, an Italian economist and former director of the International Monetary Fund who holds a masters degree from the London School of Economics, will give a talk entitled “Rational Thinking” on July 17.

Launched by Fernando Farulli, a painter who at the time was Fiesole City Councilman for Culture, and town mayor Adriano Latini, the festival was designed to bring about an increase in tourism and a resurgence of artistic performances and activities at the Roman theatre in the aftermath of the Second World War. In 1962, the festival program was expanded in order to offer music and Italian theatre; some of the names to have graced the festival’s stage include Chet Baker, Severino Gazzelloni, Bruno Canino, Luciano Berio and Krzysztof Penderecki, to name but a few. Since then, the Fiesole Summer Festival has continued offering guests shows of music and theatre, with a handful of events usually dedicated to dance, jazz and stage orchestras in addition to an important section focusing on film.  (alfie king)

The 2020 Estate Fiesolana Cinema series curated by the Stensen Foundation and the Masters of Cinema Prize has been postponed to the following summer in the wake of the coronavirus emergency. While the first part of the Fiesole Summer Festival, consisting of the performances and talks as outlined above, will take place this year despite the pandemic, the second half of the annual event will not be held.

Typically, Estate Fiesolana Cinema invites the greatest international directors and actors to Fiesole for a ceremony and screening of their films. The program was launched in 1966 by the Municipality of Fiesole in collaboration with the Study Center of the Tuscan Film Activities Consortium, the Institute for Film and the Performing arts and the local tourist board. Their aim was to award directors and actors who represented Italian cinema in their works. Since 1972, the Fiesole Prize to the Masters of Cinema has featured important figures on the worldwide movie scene. In 2000, the program joined forces with the National Union of Italian Film critics––a partnership which remains strong today.

In addition to a program of showings, the annual event showcases two pivotal moments: an award ceremony during which the winning artist greets the public, followed by a film screening. In addition, a volume is written on behalf of the winner by the National Union of Italian Film Critics.

Fiesole mayor Anna Ravoni apologizes for the cancellation of the 2020 edition of the Fiesole Prize.S he believes that while the decision is upsetting, it is the right choice as the current health and safety regulations would not allow for an interactive event. Marco Luceri, coordinator for National Union of Italian Film Critics in Tuscany, agrees and goes on to say that this was precisely what influenced their decision. After all, the annual event revolves around the interaction between the winner and the public and a celebration of their work. While the series will not occur this year, Luceri states the union is already working on the 2021 program –– which will be an even more special occasion indeed.

In past years, famous directors have graced Fiesole with their wit and creativity, from notorious Luchino Visconti (who won the first award in 1966), Orson Welles, Alfred Hitchcock, Luis Buñuel, Ettore Scola, Stefania Sandrelli (currently the only female winner), and Akira Kurosawa, to more contemporary directors including Spike Lee, Giuseppe Tornatore, and Paolo Sorrentino (“The Great Beauty”) who was awarded the Prize in 2019.  (elizabeth berry)