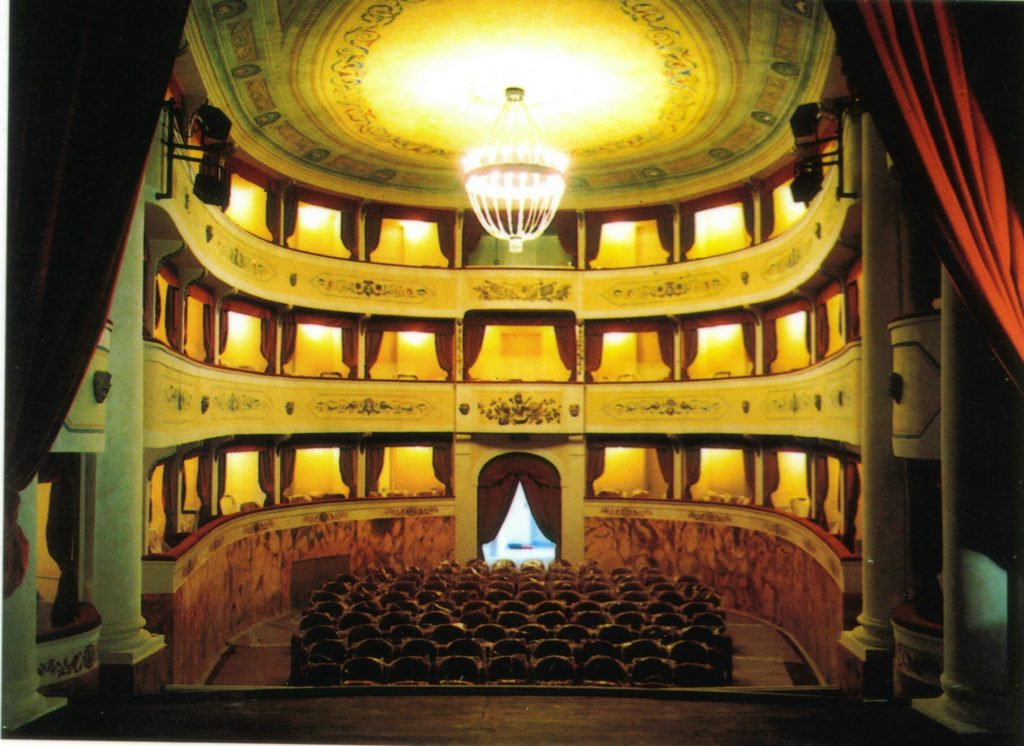 A hilltop colony of expats thrives in Barga, where an old theater springs to life each July for the Opera Barga Festival, which honors talent in music, ballet, and more. The President of Opera Barga, Nick Hunt, proudly represents the small but magical community near Lucca in a well-rounded lineup of performances.

The 52nd season opens on July 28 at 9:30 pm with a performance of Stravinsky’s chamber piece: Histoire du Soldat (The Soldier’s Tale) in the Teatro dei Differenti. Stravinsky’s penchant for powerful and unforgettable rhythms is in full force in the piece, as the work traverses several different genres of dance, including waltz, ragtime, and tango numbers. The piece includes elements of both acting and dancing, with a strong rhythmic and melodic current provided by an instrumental septet. Performers will include the dancers Matteo Ceccarelli, Olimpia Fortuni, and Caterina Basso; the Simone Bernardini Music Ensemble will accompany.

The venue will provide the perfect complement to Stravinsky’s infernal work that tells the story of a soldier who trades his fiddle to the devil for unlimited wealth. The warm red marble walls make for a cozy ambience and state of the art acoustics in the performance space dating back to the 18th century.

Founded in the 1600s by the “Accademia degli Indifferenti” (or dei Differenti for short)–an organization focused on spreading the joys of theatre and culture–the theater was originally much smaller. It was eventually knocked down and rebuilt to appear as it does now under the direction of Michele Lippi. This new theater was inaugurated in July, 1795.

The festival will pivot its spotlight to the Simone Bernardini Ensemble on the following two nights at 9:30 pm. The group will perform the works of Weber and Bottesini on Sunday, July 29 and on Monday, July 30 at 9:30 pm they will return to the stage with crowd-pleasing hits by Mozart, Beethoven, and Rossini. Both performances will take place in the Cloister of Santa Elisabetta Church.

Opera Barga relocates to Lucca’s Botanical Gardens on Tuesday, July 31 at 9 pm. Here, the Koenig Ensemble will perform the music of the German composer Kurt Weil. On August 3, the festival returns to Barga’s Teatro dei Differenti for Pianobarga. Renowned Pisan pianist Maurizio Baglini will perform the works of Schumann, Filidei and Mussorgsky (9 pm).

The finale, on August 6 back at the Teatro dei Differenti, will feature the Albanian piano virtuoso Gaia Sokoli. The musician plans to color the stage with Chopin and Alice Herz-Sommer, a pianist and composer.  (tyler bunton)