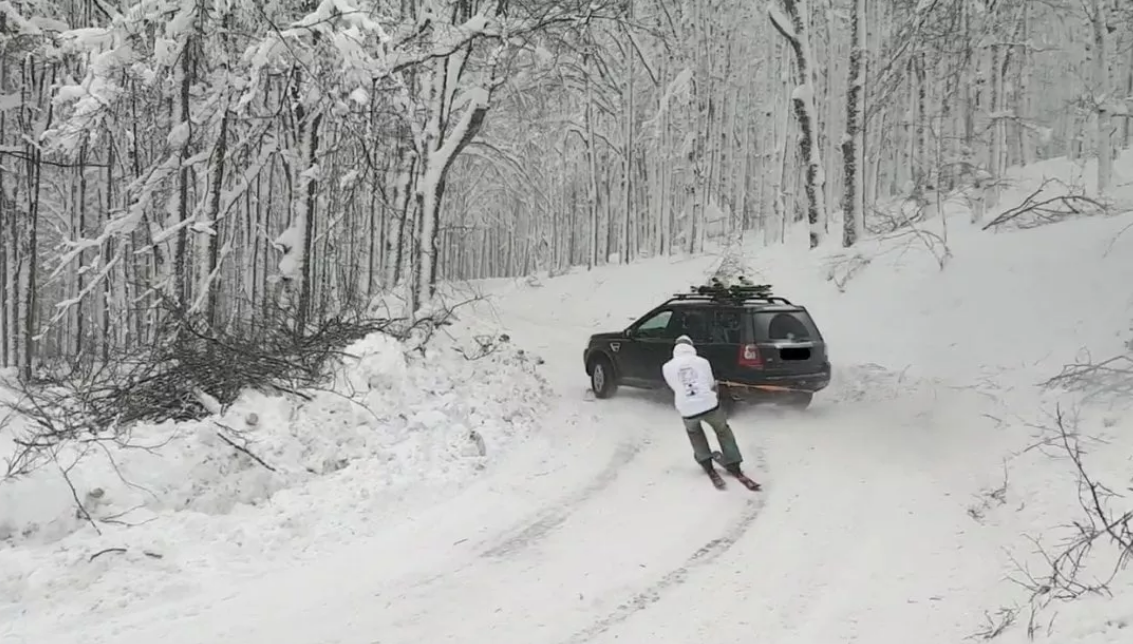 Although ski resorts will remain closed and skiing prohibited until at least mid-February due to Coronavirus contagion restrictions, spectacular photos were posted on social media of a car pulling a skier down hairpin curves of a road in the Vallombrosa Nature Reserve east of Florence.  Followers on Facebook informed the police of the Forestry Service, who fined those involved €300. The driver, who was skidding along the bends in Cervo Bianco (White Deer) section of Vallombrosa, was also penalized five points on his license.  The police report states that the velocity of the car exceeded the speed limit on snowy roads.

Meanwhile, in Abetone, roofs continue to be stacked high with snow and trees are blanketed in pure white.  Many make day trips to the major Apennine resort over the weekend though the ski lifts remain closed until further notice. Despite the continued closures, hotels like the Bellavista were packed full for the season prior to the previously scheduled opening on January 18. A record amount of snow fell in 40 years: almost 10 feet (three meters) over three days – what would have been a ski-lover’s dream.

With the latest decree ending on February 15, those who work at the resorts are weary. If the opening date gets pushed back any further, the snow season is sure to be over by then. But they are still looking for answers. Tuscany has maintained a yellow zone standing, bearing no restrictions for people to travel within the region. Visitors at the Pistoiese Mountains were snowshoeing, sledding, and mountain climbing, which are allowed according to the latest national decree, but Deputy Mayor Alessandro Barachini wonders if it would be possible to operate the chairlifts so people can reach refuge at higher altitudes.  Despite problems, however, covered by six to seven feet of fresh powder, the resort is a winter sight to be seen. (cathy doherty/additional reporting by rosanna cirigliano)