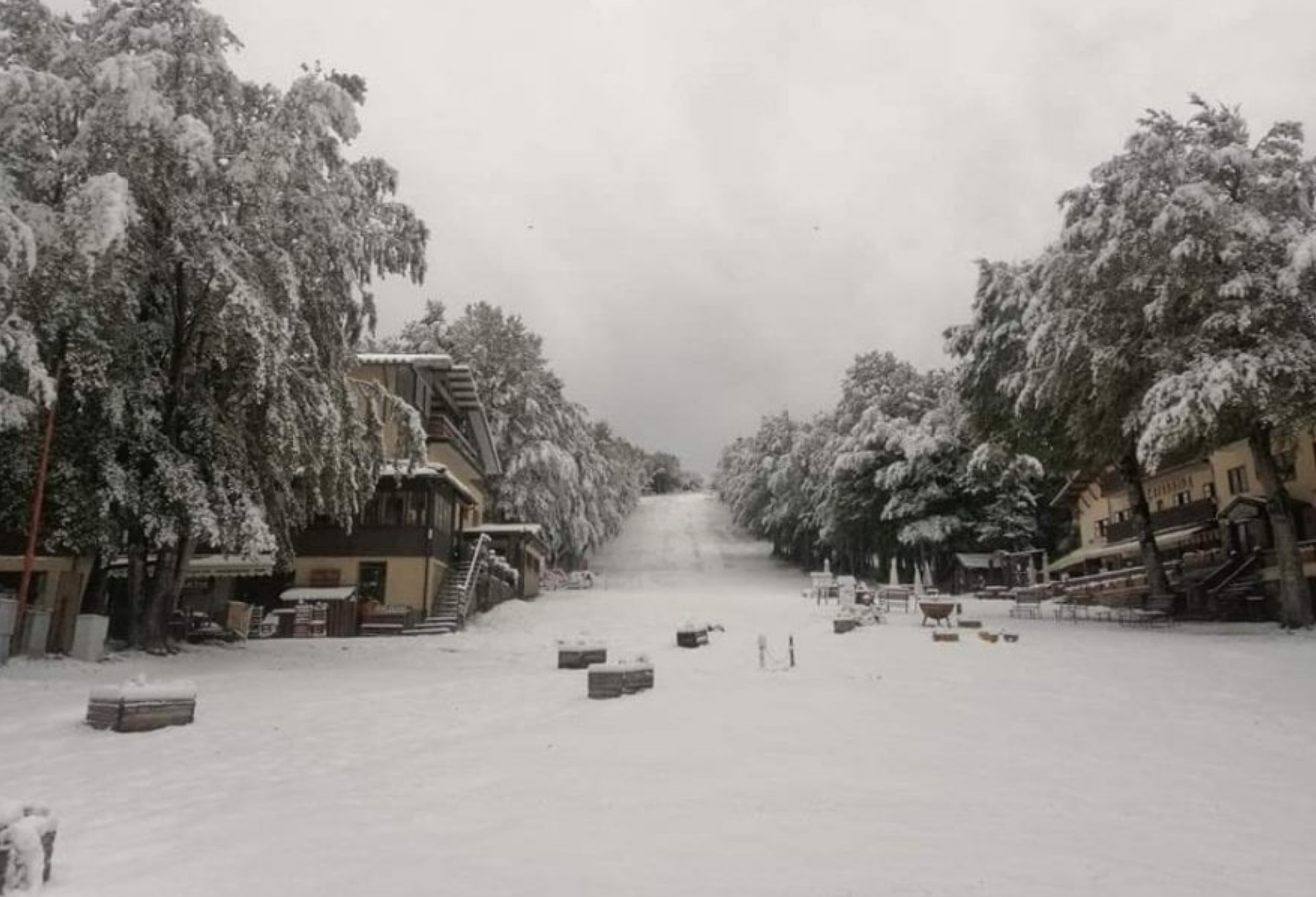 With a steep drop in temperatures to below freezing after a heat wave that was followed by heavy rain, residents of Monte Amiata in southern Tuscany woke up to find snow outside their homes on September 27,  just a few days after the official arrival of autumn.

“An exceptional event for September,” said local hiking guide Michele Arezzini, confirming that nothing similar had happened in this mountain area–with its highest peak (Monte Amiata, an extinct volcano) reaching an altitude of 1,738 meters (5, 700 ft.)–for many decades.

A total of 15 centi1meters (6 inches) of snow left a frosty imprint at least two-and-a-half months ahead of schedule.