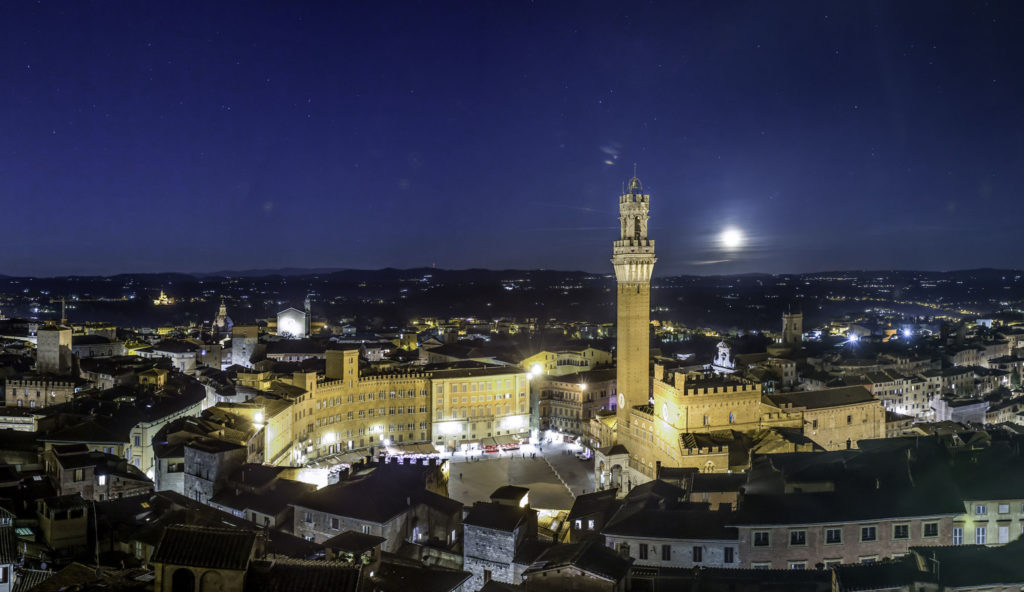 Celebrations and events are to be found all over Tuscany and celebrants can count on music and fireworks in every city.  To see the program of festivities in Florence, click here.

Siena’s piazzas offer varied genres of live music for those who want to stroll and listen.  Then at 10 pm popular singer-songwriter Alex Britti takes the stage in the Piazza del Campo.  Multimedia video projections, aerial acrobatics and street performers complete the show that goes into the wee hours.  The city of Pisa is the setting for a memorable firework show over the Arno River at midnight.  A stage in Prato’s piazza San Francesco will host the group I Ministri and back up bands through the early hours of the morning.

On New Year’s Day, Prato’s Teatro Verdi offers a performance of Prokofiev’s Peter and the Wolf (Teatro Verdi, via Palestro, 40 (6 pm, admission €20).  Visitors to Prato will be entertained by street artists and music in Piazza San Francisco.  Merrymakers in Pistoia should make their way to Piazza del Duomo for a show headlined by Dennis and the Jets with music from the ’50s and ’60s beginning at 9 pm, followed by a jazz/funk DJ set by Italian-Canadian musician Bruno Belissimo.  The city will be illuminated by beautiful and creative 3D projection mapping on the facades of historic buildings; see video. In Lucca, for a New Year’s Eve gala, reserve a space at the historic Teatro del Giglio for a lavish buffet dinner accompanied by music of Puccini and Verdi and later dancing to Big Band swing music (8:30 pm, tickets from €99).  The New Year in Arezzo will arrive with the music of Pau, who is soloing from his usual gig with Negrita, in a free show which a DJ set by Digital Monkey Beat in piazza Sant’Agostino.

Pastor Ron Gospel Show, an amazingly talented and awe-inspiring musician on the gospel scene will appear in Siena at the Teatro dei Rozzi on January 1 as one of the last events of the Toscana Gospel festival. He will share the stage with six more performers, both singers and bands, who will lend their velvet tones and upbeat energy to the atmosphere of the show. This event acts as both concert and show, blending humor, dancing, and music to bring a heap of fun to those who attend.

In addition, there will be another performance by The Harlem Voices featuring Eric B. Turner in Monteriggioni at Piazza Roma on January 1.  While this group doesn’t categorize their sound solely under one genre, they draw on the inspiration gospel brings and their nearly 20 years music experience to create a fun, lively performance. Led by Eric B. Turner, who has been on American shows such as “Law & Order” and performed at Barack Obama’s inaugural ball, this group is a talented and prestigious group people will love from the first note.  (rita kungel/additional reporting by cassie yeam)