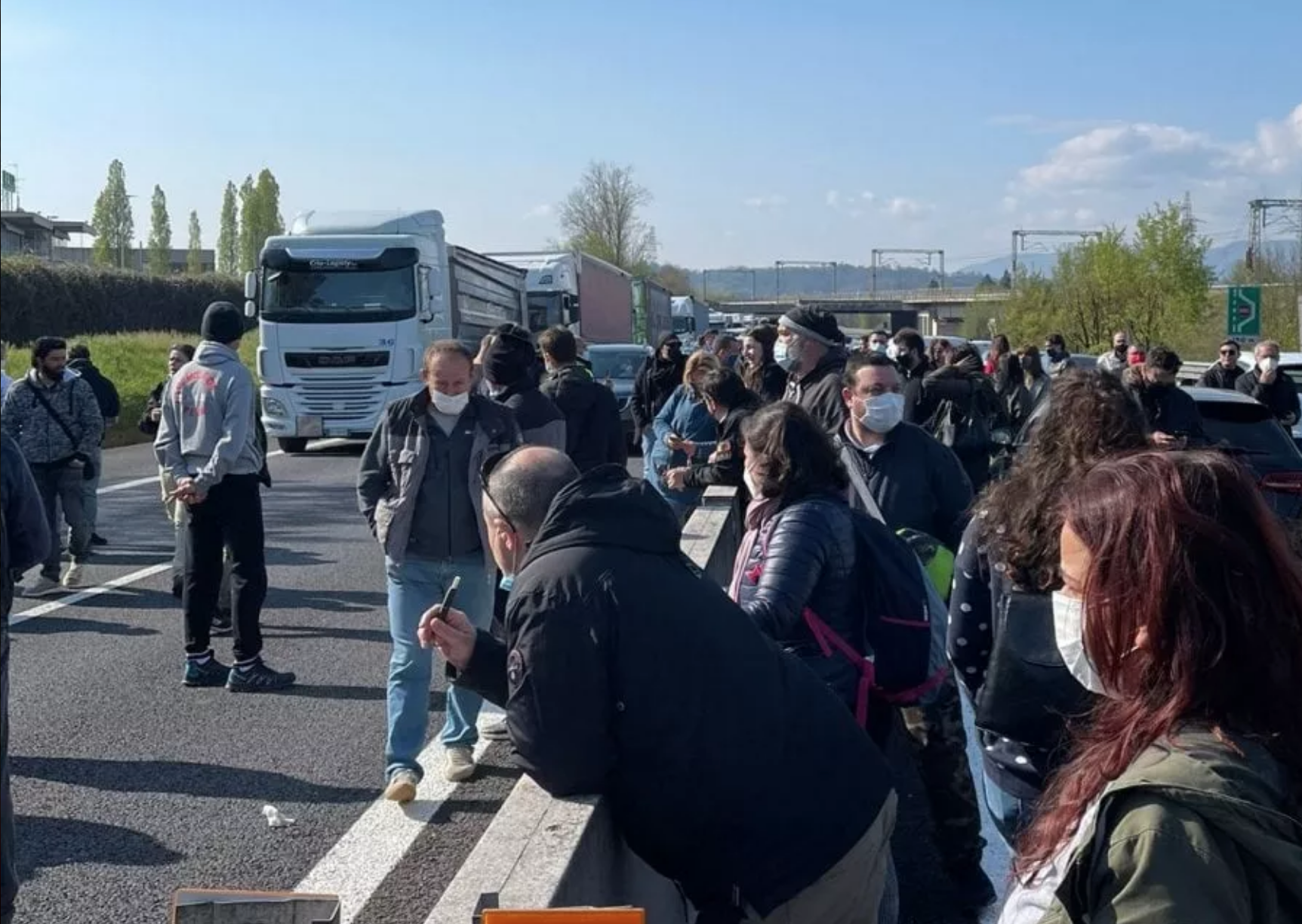 Protestors blocking the A1 highway on April 19

Italy was split in two on April 19 from 9:30 am until early afternoon due to a demonstration, which physically blocked the A1 toll road highway in the direction of both north and south, at the Incisa Valdarno exit.  Participants, chiefly restaurant proprietors, protested the fact that exclusively patio dining will be available to patrons–in “yellow” zones only–starting on April 26 as announced by Italian Prime Minister Mario Draghi.  Until the roadblock was broken up, for hours protesters chanted, “let us return to work.”

Thousands of cars and trucks were backed up for six kilometers (3.7 miles) while they were directed to take secondary roads by police.  Two demonstrators were hit, but not seriously injured, when a car drove into the crowd to get back on the highway. The offender was stopped by the police, who filed charges, at the Barberino Mugello exit.

The participants were drawing attention to the fact that while restaurants may offer patio dining only at lunch and dinner, starting April 26 in “yellow” zones, 25% of Italian restaurants do not have outside tables.  In addition, the 10 pm curfew will remain in place despite the fact that dinner service begins in Italy between 7:30 and 8:30 pm.  They were also questioning that tables must be spaced two meters (six-and-a-half ft.) apart, no more than four clients (unless family members) allowed at the same table, and why credit card payment is now required.  Restaurants will only be permitted to reopen indoor spaces starting on June 1; until then business will continue to heavily depend on take out and delivery meals as it has since October 2020.  (rosanna cirigliano)