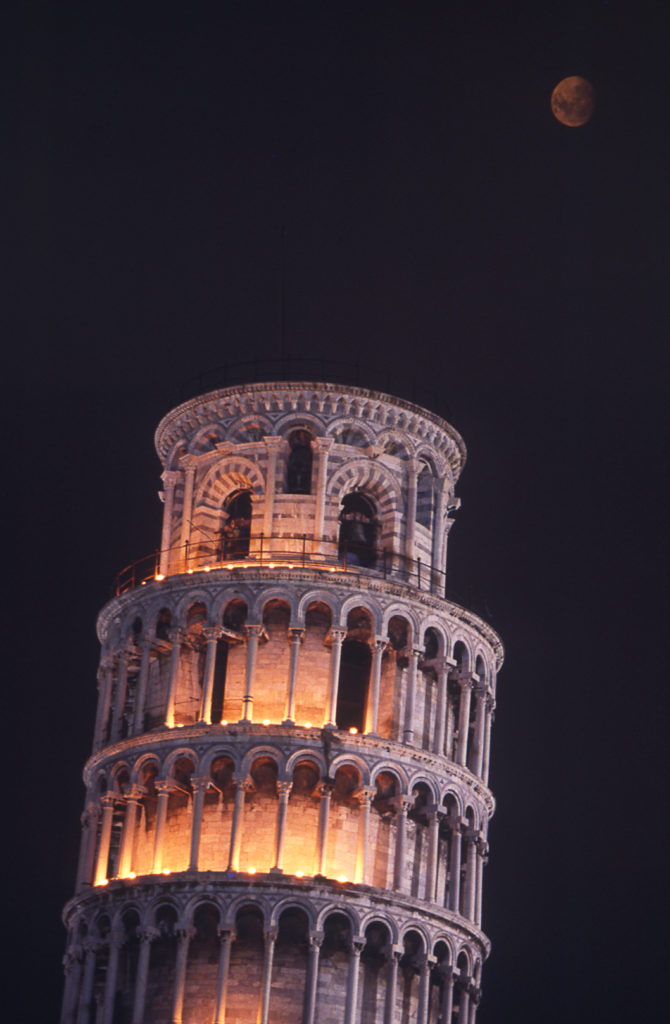 Ammannati has found concrete evidence to back up the claim made by the generally authoritative artist and biographer Giorgio Vasari (1511 – 1574) in his Lives of the Artists, which attributed the design of the Leaning Tower to Bonnano.

Ammannati, professor of paleography (the study of ancient writing systems and the deciphering and dating of historical manuscripts) at the “Normale,” studied an inscription on a stone originally found below the Leaning Tower in 1838.  At that time, scholars decided that the phrase that was visible (Bonannus civis Pisanus: Bonanno, Citizen of Pisa), signified that the site marked the artist’s grave. Ammannati conducted further research to uncover the original Latin inscription in its entirety: mìrificùm qui cèrtus opùs condéns statui ùnum, Pìsanùs civìs Bonànnus nòmine dìcor, which means: “Surely, I have raised and established a work admirable above any other in existence, I am a citizen of Pisa and my name is Bonanno.”

According to Ammantini, Bonanno wished to add his signature in bronze; unable to do so, he abandoned it in the building debris at the base of the Tower, which had already begun to lean.

Bonnano also worked on the nearby Pisa Cathedral in the “Piazza dei Miracoli.”  The Cathedral is home to the Porta San Raniero, one of Pisa’s greatest Romanesque treasures, the oldest surviving Tuscan bronze door decorated with Biblical stories.  Cast by the Pisan sculptor Bonanno around 1180, it predates the earliest bronze doors in Florence by a century and half. Reading from bottom left to top right, the panels illustrate the Life of Christ in a charmingly naive style.  Simplistic as these reliefs may seem, Bonanno’s door is one of the foundations of the great art of Tuscan bronze doors. It very presence shows how precocious Pisan Romanesque was, and how much Pisan artists were abreast of the most advanced developments of their time.  (rosanna cirigliano)