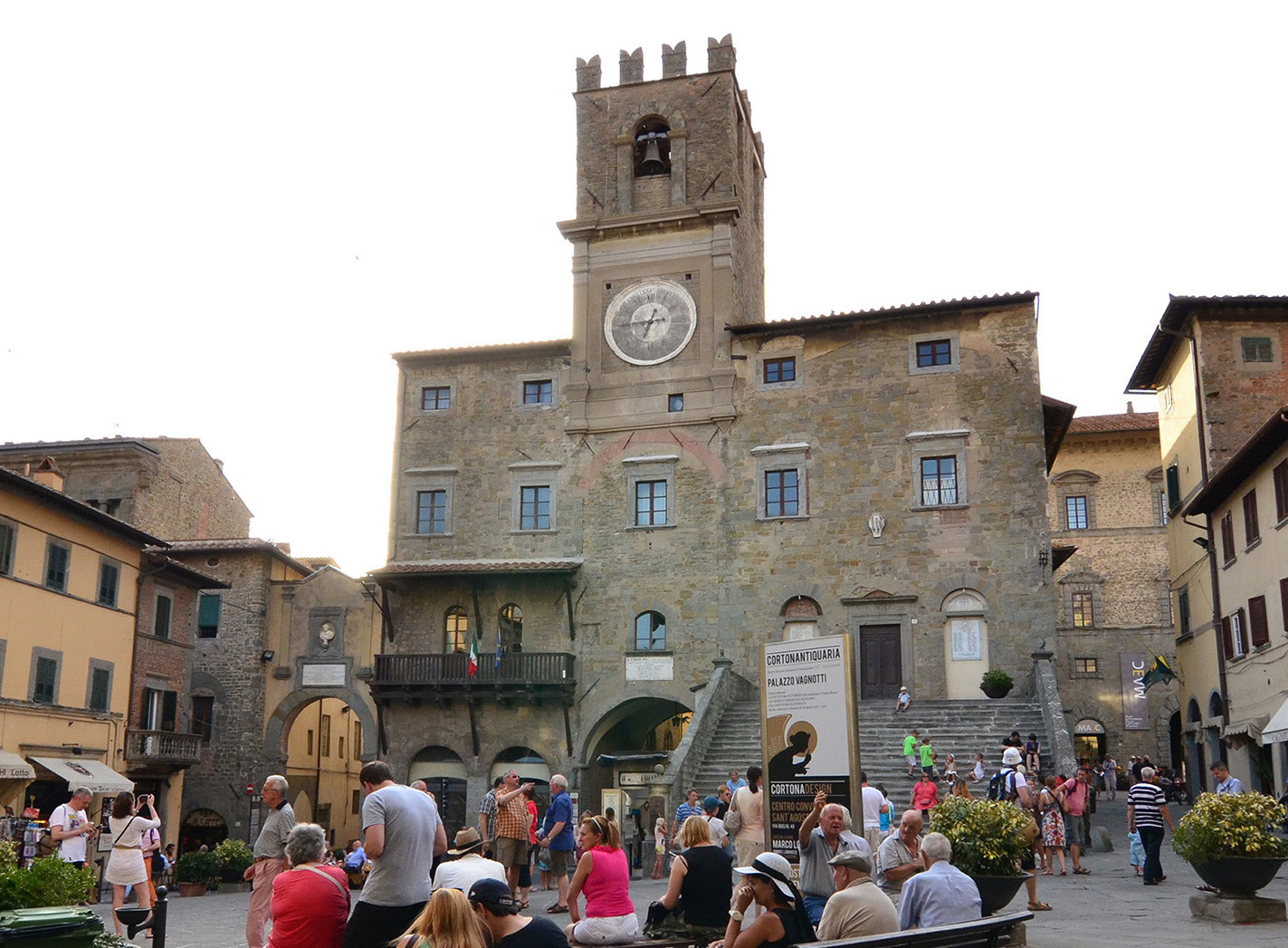 Performances will take to the streets of Cortona as part of the city’s annual festivities. Photo courtesy of Cortona Mix.

Readings, concerts, and yoga are just the beginning of an activity-packed line-up for this year’s Cortona Mix. From July 18 to 22, visitors can experience everything the multi-disciplinary fair offers as it enters its seventh season under the theme: “Le parole sono importanti.”

The premise stems from recent dialogue about the ever-increasing importance of words in the digital age. In this communication-driven era, words are a more powerful force than ever—a concept the week’s programs invite audiences to reflect upon with each discussion, speech, and performance.

Categorized under the theme, the 2018 schedule features an assortment of guests, from Italian and international musicians to award-winning writers to journalistic icons. The festival provides access to various speakers and meetings during the day, while the evening brings five consecutive days of concerts to Piazza Signorelli.

Taking the theme of this Cortona Mix literally, the week’s literary line-up knows the power of words unlike any other. In addition to fiction, the celebration focuses on poetry, as Valerio Magrelli’s reading begins the second day at 5:15 pm. A prominent voice of contemporary Italian poetry, Magrelli is sure to compliment the festival’s international voices, blurring the Italian language with his lyrical poeticism.

At 6:15 pm “The Meetings of Cortona” series continues with novelist Pietro Grossi’s readings set to live music taken from “The Doors.” Entitled “In the Abyss and Back,” the combination of reading and music will create a tone of horror not unlike the one in Magrelli’s novel.

Also on Thursday, Pulitzer Prize winning writer Andrew Sean Greer will follow the success of his novel Less with a conversation accompanied by Italian translator Elena Dal Pra at the Sant’Agostino Center.

This literary event leads into Thursday evening’s performance from Orchestra della Toscana. Conducted by Timothy Brock, the orchestra will play pieces from Gershwin, Rossini, and Bernstein in collaboration with the Italian Youth Orchestra.

In addition to musicians, journalists are likewise acknowledged at Cortona Mix. On Friday, Sergio Rizzo opens the day, drawing on his book Il Pacco to speak to the recent financial scandals that have hit Italian banks. The festival then returns to music; following Rizzo’s discussion of the modern economy, Cortona Mix jumps back a few centuries with Anonima Frottolisti’s showing of music from the 13th to 16th centuries.

Television star Stefano Massini maintains Friday’s momentum with his discussion “P As Words, P as Landscapes, P as People,” focusing on the importance of story-telling and maintaining a narrative. In the evening, Cortona’s concert series resumes when Statue celebrates its 35-year anniversary, offering a free performance opened by Snow in Damascus.

Saturday’s itinerary continues the week’s trajectory with a conversation between journalist Annalena Benini and radio voice Alessandra Tedesco. Cellist Luca Provenzani and Bassist Amerigo Bernardi follow the panel with an energetic performance at the Church of San Francesco, bringing the melodies of Sammartini, Bach, and Mozart to the Cortona stage. At 7:15, journalist Marco Damilano circles back to the theme of words, leading a conversation about truth-telling in contemporary news exchanges. The day ends with a performance from Nino Frassica & Los Plaggers: a dynamic combination sure to deliver an engaging display of concert-cabaret to the piazza.

Creating a consistent flow of music, Sunday both opens and closes with performances. The final day starts at 4:30 with a concert from Archimossi, a traveling string orchestra boasting a diverse repertoire inclusive of everything from Irish ballads to Michael Jackson.

Aside from music, the day’s panels include a conversation between Gino Paoli and actress Amanda Sandrelli, a discussion on parables and words led by Giuseppina Torregrossa and Alessandra Tedesco, and film-maker Gabriele del Grande’s personal report on terrorism and increasing danger.

The 2018 Cortona Mix wraps up at 9:15 pm with a jazz performance from Gino Paoli and Tri (o) Kàla. In contrast to the soothing instruments, the after Mix DJs Party commences at 11:30 pm in the Fortress of Girifalco.

Beyond these scheduled programs, the festival offers additional activities. For those looking to get moving, the Cortona Mix yoga series presents the perfect break from discussions, turning audience members into participants flexible enough to give the week’s most active event a chance. With instructor Gabriele Chi, the yoga classes focus on toning muscles and mentalities, encompassing a full mind-body workout in the middle of the city. Classes run in various locations one to two times a day, beginning with the July 18 evening class at Fortezza del Girifcalco.

The week also includes the 2018 version of the documentary series Visions. Beginning Thursday, the Teatro Signorelli will show films daily at 11:30 pm. Offered in English with Italian subtitles, the movies are dedicated to prominent individuals of the last century from a variety of disciplines. The films begin on July 19 with Boom for Real: The Late Teenage Years of Jean-Michel Basquiat—a 2017 documentary detailing the life and career of the acclaimed painter. The next day, the club moves from the visual to the auditory, showing the Dutch film To Stay Alive: a Method, centered on the friendship between Iggy Pop and Michel Houellebecq. Closing out the trio of films, 2017’s Bombshell: the story of Hedy Lamarr chronicles the life of the titular actress who turned heads as the first fully nude cinema star.

Whether watching a documentary, listening to a concert, or bending into downward-facing dog yoga pose, Cortona’s audiences are certain to be entertained. Ticket prices for each evening vary, and customers may spend anywhere from €10 to €35 depending on the night. For a more detailed schedule, visit the web site.   (anna staropoli)