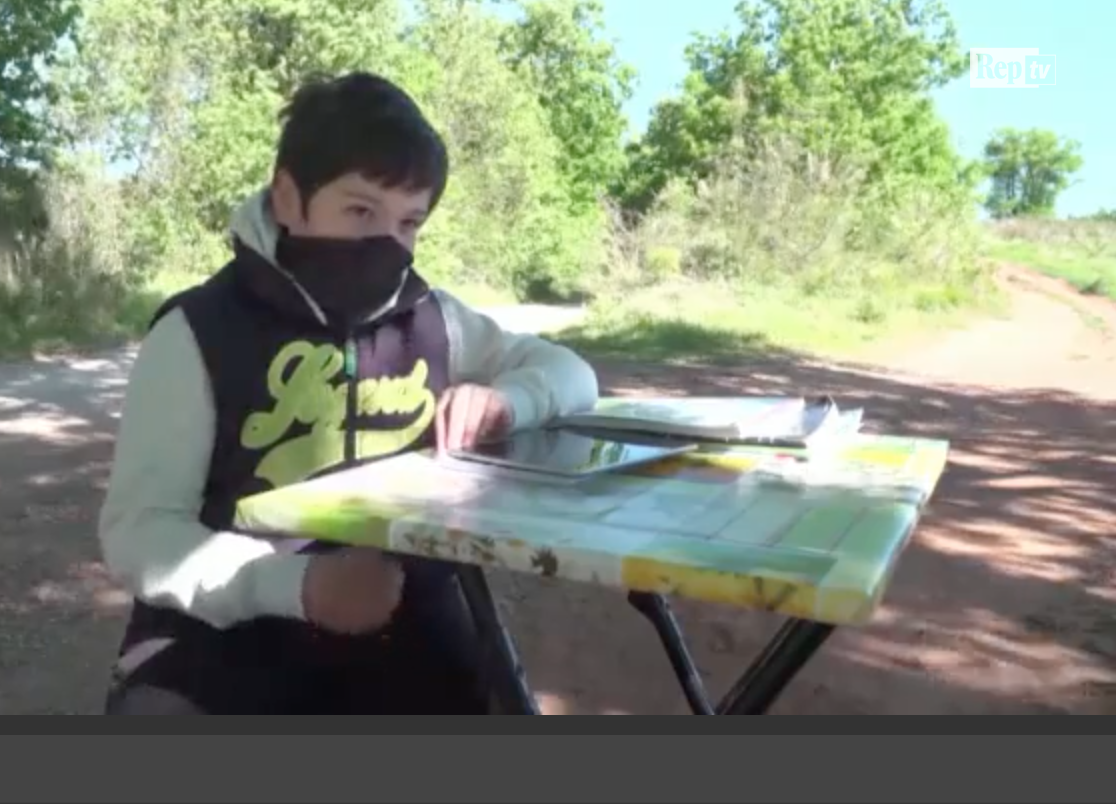 In Scansano, a small town of 4,000 inhabitants in the Grosseto area, Giulio, age 12, and his mother would search for Internet connection everyday so he could continue his studies online. After the Deputy Minister of Education Anna Ascani made contact with Giulio’s school––Istituto Comprensivo Pietro Aldi di Manciano––the head of the institute Anna Carbone along with staff were able to develop a solution within 24 hours.

Now, the bench which Giulio and his mother packed up in her car, along with a tablet, books, and other necessary materials, resides in their attic. For a month these items were set up beneath a tree at least a kilometer (a little over a half a mile) from their house which lacked working connection. Giulio sat outside among the countryside where an occasional deer would trot by while his classmates continued their studies at home in their bedrooms.

Fortunately, Giulio has now joined his classmates in this endeavor. And it couldn’t have come at a better time either as unpredictable weather conditions became a new frontier the mother and son had to confront each lesson.

The lack of connection was traced back to a problem with the landline operator and a very poor coverage by the phone company. But this technical fact and the weeks studying in the open air are now only a memory for Giulio. Perhaps this will be a story to tell his classmates when they are back together in class, sitting at desks instead of under branches.  (elizabeth berry)