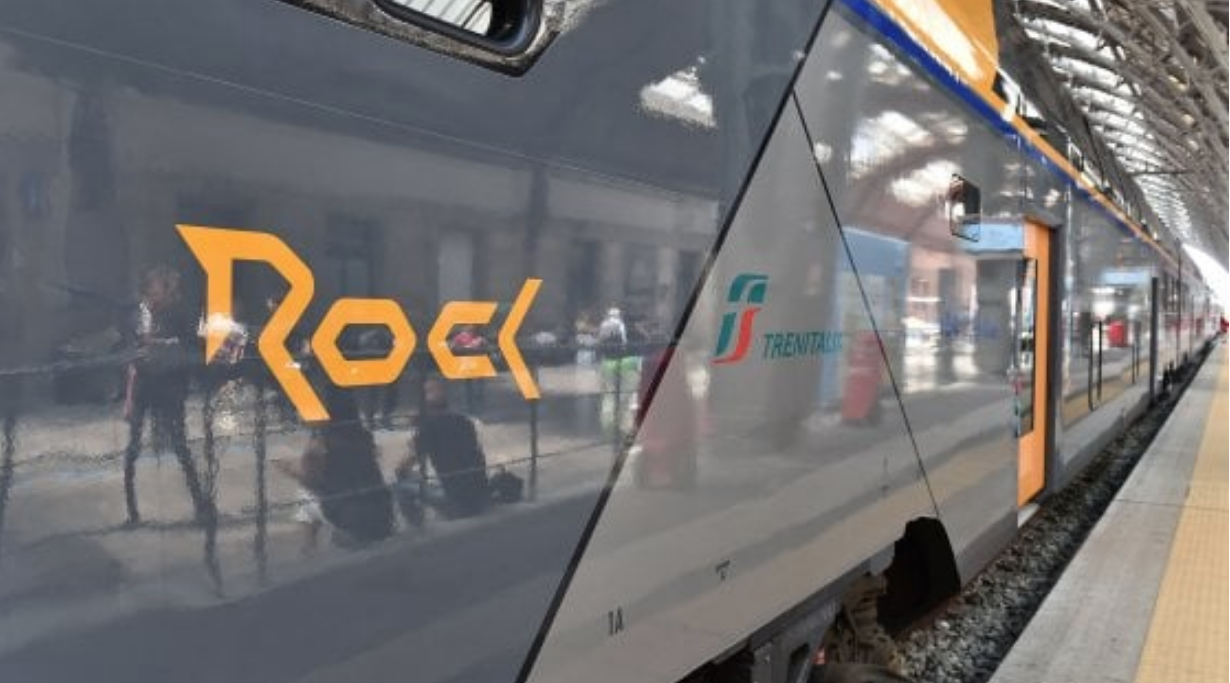 One of the new trains soon to be running in Tuscany

The Tuscany Region and Trenitalia (FS Italiane Group) have signed an agreement to improve rail service for commuters with 100 new convoys, new technology and additional comfort. The renewal and extension of the Trenitalia transportation contract includes an investment of 1.4 billion euros.

The new trains will be equipped with WiFi onboard, video surveillance cameras, more comfortable furnishings, bigger luggage racks, and electrical outlets.  The trains will have easier access for people with disabilities and practical for those who use bikes. They will also make an important contribution to environmental sustainability with 30% less energy consumption and recyclable materials. It is estimated that by 2024 the entire regional fleet will be accessible for those with reduced mobility and that 90% of the additional 100 trains of the latest generation will enter into service.

Twenty-nine double deck “Rock” trains have been ordered for 14 of Tuscany’s regional lines as well as 25 electric trains (including six with the capacity of traveling at 200 km — 124 miles — per hour).

Also being built are 44 hybrids that are equipped with a diesel engine (designed for non-electrified sections of a track) that supplement the normal operating potential on electrified lines, with the addition of batteries that will permit each train to slowly approach the station at the end of the line.  The new hybrids are being manufactured in the Hitachi factory in the Tuscan city of Pistoia as well as in Naples and Reggio Calabria.  The first, equipped with WiFi, bike racks, electrical outlets and vending machine will begin to run in Tuscany in 2021.

At present, 775 regional trains a day circulate in Tuscany, transporting a total of 232,000 travelers a day. The new service contract, with a total value of around 7 billion euros, confirms the choice of the Tuscany Region to confirm assignment of the service to the current operator, Trenitalia, for 10 more years plus another five thanks to the investment plan.
Commuters in Arezzo, Valdarno, and Valdichiana, however, are disappointed and dissatisfied with the new contract. “New trains do not mean resolving the punctuality of service and the problems associated with the regional trains. There will be improvements for the users of the other railway lines but it is not enough for the over 10,000 commuters of the Arezzo line,”  was one comment.
In December 2019, Trenitalia, however, also announced that a mediation and arbitration procedure in the case of delays, cancellations and other problems will be activated to cover passengers on regional trains in addition to high speed Frecce and Intercity trains beginning sometime in 2020.

On the company’s part, the goal to is improve the quality of the train service, the comfort of the vehicles and the effectiveness of maintenance. Ticket fees will not be adjusted except to take into account the annual rate of inflation.