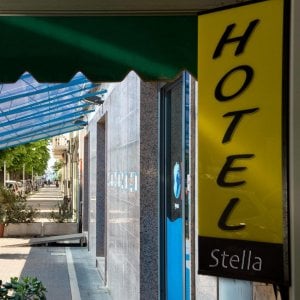 A quiet Tuscan seaside town turned into the setting of a unexpected murder on the afternoon of April 13.  The violence took place on Follonica’s main street, viale Matteotti, resulting in the death of Simone De Simone, owner of the centrally-located Hotel Stella.

De Simone was shot by the owner of a deli located in the same building, who also wounded the victim’s brother as well a women who happened to be passing by.

The assassin, who was captured by police in Grosseto a couple of hours later, was arguing with the hotel proprietor over a pipe leak that caused water damage in both the hotel and the deli.

De Simone’s brother and passerby, who is a local pharmacist, are hospitalized in serious condition.