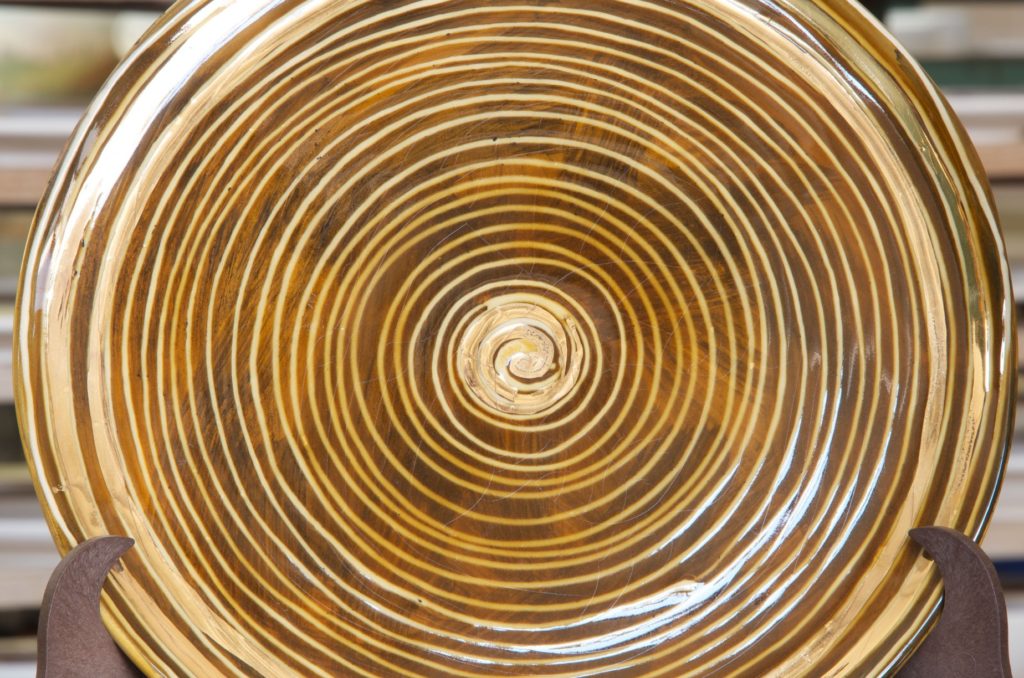 Montelupo is renowned for its ceramics worldwide. This 27th edition of the International Festival of Ceramics will showcase this fame and bring in more ceramics from the world around it.

Cèramica 2019 will feature several ceramics artists from across the world. 135 vendors will be headlined and they will hold around 270 special events for the festival. Color is the theme of this year’s festival, called “All the Colors – Nine Centuries of Ceramics in Montelupo” (Di tutti i colori- nove secoli di ceramica a Montelupo), whose protagonist will be “red Montelupo” (rosso Montelupo).

Red is the favored color of ceramics in Montelupo; in fact, it is the key characteristic of Montelupo’s ceramics industry. Colors will be the key to the festival. Everything will be based around the theme of colors: the exhibits in the local Archaeological Museum, performances, exhibits, displays, light shows, and other vendors throughout the city.

Guests of the festival will be divided amongst themselves based on colors. “Color is Only Light” will be placed in the contemporary pavilion of MMAB. “White Streets” is not on the street but inside the gallery of the San Lorenzo Priory. “Red Montelupo and its Surroundings” and “In the shape of rose” will both be located on Via Garibaldi. “Infinite Black” is inside of the ex-Risorti cinema. Palazzina Facto will hold “Most Profound Blue.” The ex-bank located in Piazza della Liberta “Cooked earth” or “Terra cotta” for terracotta, where famous artist Mimmo Paladino will be present.

The festival will also feature many workshops and shows for the budding potter. Along Via Umberto I, 25 local artisans will be displaying their most recent works. At the same time, they will be sharing their techniques by performing their craft in their stands. One such artisan, Mirco Denicolo, will be interviewed on his techniques.

In Piazza dell’Unione Europea, two pavilions will be offering shows about the manufacture of ceramics: the Pavilion of Demonstrations by the Associazione Unione delle Fornaci della Terracotta, the Experimental Ceramics Center, and local potters and the Pavilion of the Ceramics School by the Experimental Ceramics Center and the Ceramics School of Montelupo. A third pavilion will offer a guest exhibit by Colorobbia on “the Artisanal Bottega between the Renaissance and the Digital Revolution,” demonstrating the new use of 3D printing in ceramics while also creating an exhibit about Leonardo da Vinci and his use of ceramics. The pavilions will perform demonstrations based around four themes: material and color, color and transformation, chromatic shading, and tradition and color.

Several activities for children, Ceramic 4 Kids, will fill the day. The Archaeology of Ceramics will be a series of activities talks everyday ranging from the use of ceramics in music and letting the children try to play them to letting the children attempting their own archaeological digs to be “history detectives.” There will also be guided arts & crafts that let children paint their own pieces and a treasure hunt through the city.

Two special museum exhibits will be featured in the festival. “Salvator mundi” is in the Misericordia Chapel of ceramics inspired by the painting of the same name in 1614 by Ulisse Ciocchi. Palazzo Podestarile will host the exhibit which derives its name fro0m the festival “Di tutti i colori- XI secoli di ceramica in Montelupo Fiorentino,” which contains 160 pieces and will remain until July 28.

The Medici Villa of Ambrogiana, with its surrounding park, is newly involved in Cèramica this year. The villa was bought by the Medicis in 1573 when Ferdinand I ordered the building turned into a villa from a small single-family house by Raffaello Pagni and Bernardo Buontalenti. After falling into the hands of the Lorraine family, the building was first converted into a convert for female prisoners and the stable into a male prison and later a psychiatric hospital. Tours of the villa will be offered Friday, Saturday, and Sunday at 10 am, 11:20 am, and 3 pm.

Throughout the city, vendors and restaurants will offer a food tour of Tuscany. Every day, menus will change to reflect different tastes and flavors of the region. A whole range of products will be available: food stands arranged by associations, street food stands, trattorias, and agroturismo locales.

The opening concert will be by the new band Musica Nuda June 20 at 9:30 pm. Singer Petra Magoni and guitarist Ferruccio Spinetti have performed as the opening act for Al Jarreau and in the venues of the Olympia in Paris and the Hermitage of Saint Petersburg.

Cèramica is being held in tandem with the second edition of the Ceramics Performance Festival. Inside of the ex-Cinema Risorti, ceramics pieces will be staged while performers make use of ceramics in diverse ways.

Several of the artists will perform using the ceramics not just as inspiration. Italian-American pianist Matteo Ramon Arevalos will play ceramics instruments, just like multiple other acts at the festival: i Rabalà, Donato d’Antonio, Vanni Montanari, and Luigi Presicce. Other artists, such as Nicola Toffalini, will play pieces inspired by the artworks. (katy rose sparks)