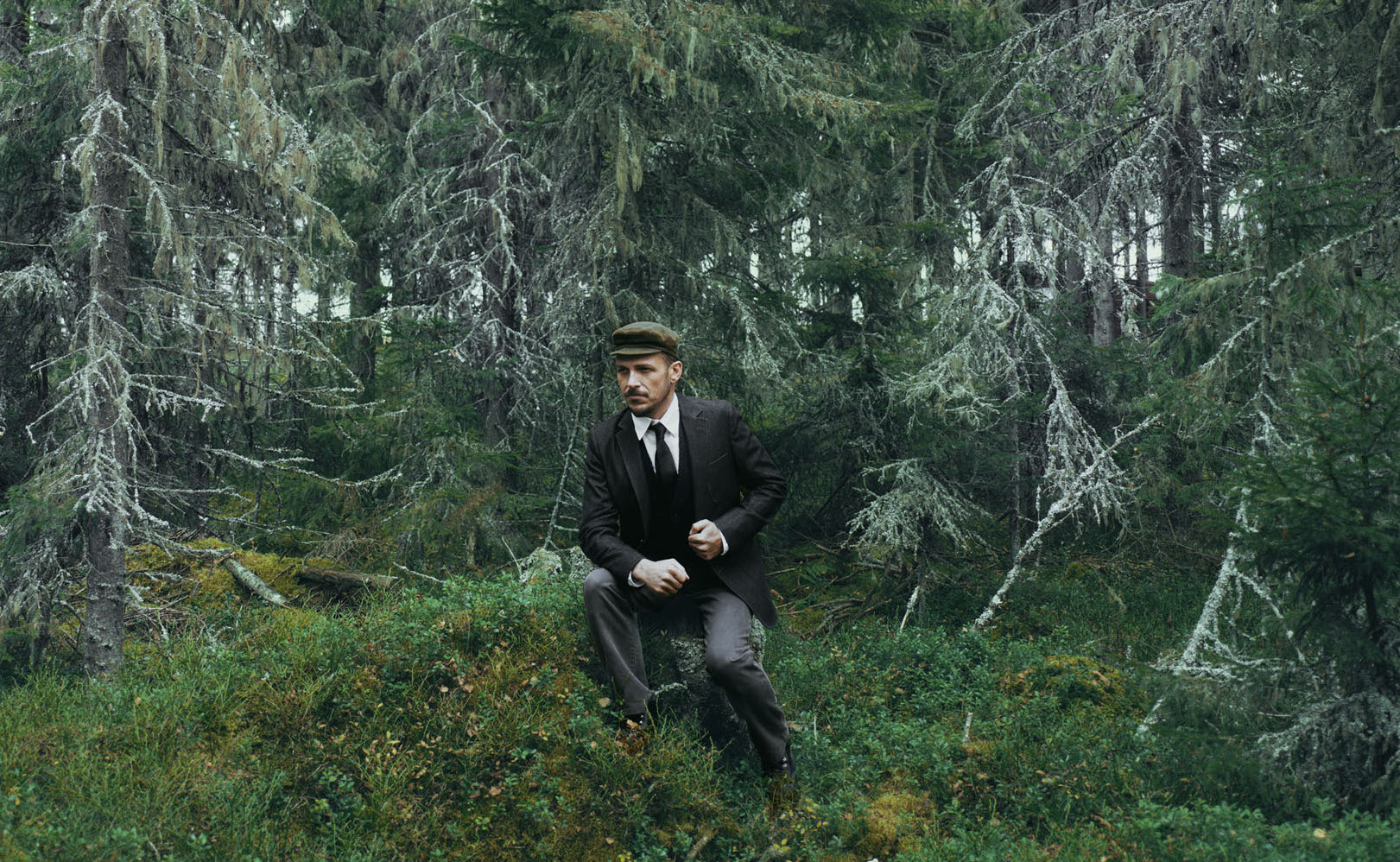 Forest surrounding the railway around Umea, Sweden where Lenin traveled back to Russia after having been in exile in Switzerland.- November 2016. Photo by Davide Monteleone.

This year, Lucca’s 2019 Photolux Festival has as its the theme of “World,” with a look back at events from space travel to revolutions across the world from the 20th century.  This will be examined with specific exhibits exploring “the human desire to go beyond their limits.”  Festival curators have collected images of “stories that tell of conquests, revolutions, journeys that have led beyond the walls: from the conquest of the moon to the fall of the wall that divided Berlin into two cities, from the Iranian revolution and the Tiananmen massacre to Lenin’s Russia.”

A unifying section is the Magnum Revolution project; it documents over 60 years of world history with a focus on key revolutions through the lens of the world’s most famous photojournalists. These subjects portray the peak of the Cold War, the Hungarian revolution of 1956, the effects of Twitter in the Arab Spring of 2011, and much more. These photojournalists include René Burri, Larry Towell, Stuart Franklin, Bruno Barbey, Alex Majoli, Paolo Pellegrin, Josef Koudelka, and Susan Meiselas.

One major exhibition is 2:56 am: To the Moon and Back, which explores the events celebrating its 50th anniversary using cross platforms and multimedia for its 50th anniversary. It will feature a selection of photos from the NASA archives and notable photographers of the time. There will also be sculpture, video, sound, and comics that examine this key moment where men conquered the moon. The space aspect of the World theme is continued with Fontcuberta’s project Gossan: Mars Mission. The 1955 series is a projection of what interplanetary exploration might become. It focuses on the role Spain hoped to take during the conquest of another new world – Mars.

There will be two displays focusing on Iran, one about the Iranian Revolution of 1979 and the other about Iran today. The first exhibit, ABBAS, is a display of the events of the revolution and rise of Khomeini with the Islamic Republic that still leads Iran today. The photographer lived in Paris for most of his life, a parallel to Khomeini’s exile in Paris. When returning to Iran in 1978, he was initially in favor of the revolution and overturning the monarchy, but the horrors and violence that he captured on his camera convinced him otherwise. His controversial decision to publish these photos had an impact then and still today. His book including these photos, Le Revolution Confisquee, is still banned in Iran. Abbas left Iran the year after the revolution for Paris and returned in 1997. He passed away in Paris in 2018. This display shows the controversial photos of the revolution that highlights the truth of the violence that it took to install Khomeini as the leader of Iran.

The second exhibition on Iran is titled “Inertia and Strength and a Second Revolution.”  It looks at modern and revolutionary photography in Iran today, which had its roots in the 1979 revolution which exiled the Shah, followed by the war in Iraq (1980-88). which reflects the fact that the subject came to be offered as a course of study at university in this nation. Thanks to growing prominence of the field, reflecting that fact that photography came to be offered as a course of study in this nation, the results are evident. One of the forefathers of this change is Bahman Jalai (1945-2010). The artists on show are Abbas Kowsari, Ali Mobasser, Ali Zanjani, Ghazaleh Rezaei, Matin Abedi, Mehrali Razaghmanesh, Parnian Ferdossi, Peyman Hosshmandzadeh, Parisa Aminolahi, and Shahrzad Darafsheh. These artists were primarily based in Tehran (with an exception of Mobasser in the USA) from 1970-1990.

Russia will be also be featured at Lucca’s 2019 Photolux Festival. The April Thesis by Davide Monteleone is a collection made 100 years after the 1917 October Revolution and follows the life of Lenin before his emergence to power.  The photos feature contemporary Russian landscapes and Lenin self-portraits to represent historical fact and a personal photographic vision .There is be Markov’s exhibit #Draft. His photos document daily life in Pskov through smartphone images shared Instagram that show the outcasts of society in this Russian town.

The Berlin Wall will be the theme for two exhibits. Hesse’s East-Berlin presents his report made in 1981-1983 of titular place. The photos feature both daily life and the key events leading up to the fall, like the May 1st protests. The photographer was arrested for his work of trying to capture East Berlin, the effects of the wall, and the wall itself. Some of the photos that were confiscated by the police have never been recovered. The other exhibit is Berlin 1980-1990 by Duroy. It offers a glimpse of what the wall looked like in its last decade it stood and the fall.

A connection between the sections on Russia and the Berlin Wall is the exhibit Champù: The Youth of la Vibora. The photos by Vincent Delbrouck focus on life in Cuba after the fall of the Berlin Wall and the Soviet Union, Cuba’s main ally. He explores the financial troubles and shortages that plagued the country and how the youth lived rebelliously during that period. Photos of boys in uniforms, smoking and listening to music demonstrate the vitality that continues in Cuba today after these two apocalyptic events in the communist world.

Paulo Coquerio’s Don’t Lie to Me is about Brazil, fake news, and the artist’s alter ego. The Longest Night by Mitideri’s report of the Tiananmen Square massacre. It shows photos that capture the innocence of the moments before and the horror after. Other exhibits at the festival that feature Pink Floyd, female boxers, and a tribute to Romano Cagnoni (1935-2018).

Cagnoni’s retrospective, hosted  by Villa Bottini, was organized to honor the great Italian photojournalist who was the only member of the press allowed in North Vietnam, and is also known for his portrayals of Biafra between 1968 and 1970.

In addition, there will also be many workshops and awards. The winners that will be displayed are a collection of the Prix Pictet winners from 2008 to 2019 with this year’s theme being “Hope.” The award winners that will be announced and displayed at the festival is for the Photolux 2019 award, the PhotoBoox 2019 award, the Romano Cagnoni Photolux award, Intarget Photolux award 2019, and Photolux Travel Award 2019. The first prize mentioned is in its third year and celebrates up and coming photographers.  (jax viteznik)

For more information about Lucca’s 2019 Photolux Festival  as a whole, please visit the website.