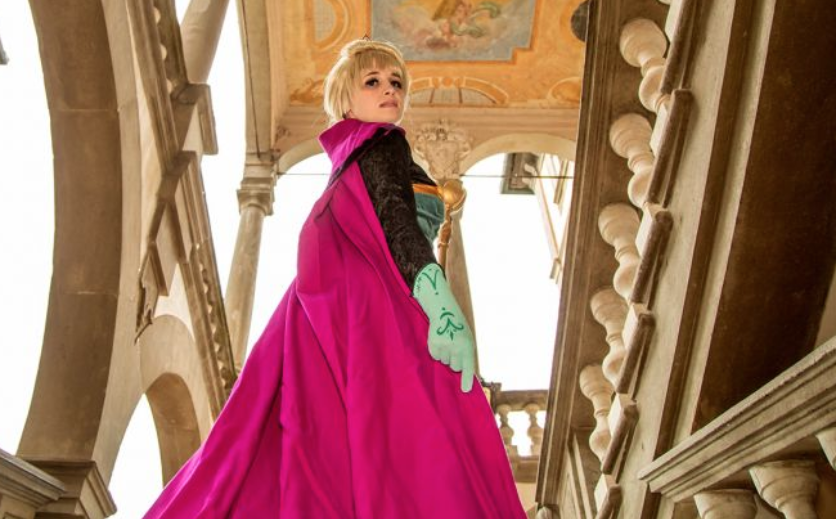 Since 1993, Lucca Comics & Games has drawn hundreds of thousands of cartoon and videogame lovers across the world to Tuscany.  With the arrival of 2020’s Coronavirus pandemic comes substantial adjustments to this iconic festival.  The modifications are being mirrored in a new name, Lucca ChanGes, with the ‘C’ and ‘G’ emphasized. Despite the cancellation of a substantial amount of the program, the festival will still be held from October 29 to November 1, which is one day less than the previous years.

Because of the October 25 national decree banning in-person events as a safety precaution due to a resurgence of contagions, Lucca ChanGes now features a wide range of free virtual activities only both in Lucca and at the Campfires (other locations), complying with updated safety regulations.

“It will be a return to prehistory,” says Emanuele Vietina, the director of Lucca ChanGes, “because Lucca changes and starts from scratch.” The first editions of Lucca Comics and Games originally placed emphasis on comics, illustrations, cartoons and a few videos.  Today the focus has shifted to board games, video games, theater, movies and television series, art and Cosplay, showcased concurrently with the traditional comics, illustrations, cartoons and videos.

LUCCA CHANGES IN ITALY & AROUND THE WORLD

Campfires, otherwise known as stores, specialized in comics, games and fantasy fiction from all over Italy, are a new addition to the festival.  These locations will host virtual events within their premises in close collaboration with Lucca ChanGes. The events will be updated day by day by the Campfires themselves, so be sure to check the latest offerings on the website.

Festival organizers Lucca Crea wanted to ensure that new products are promoted just as they have been in years past inside the walls of the city of Lucca while limiting the number of aficionados who normally attend the festival, thus discouraging travelling during the pandemic.

Camp Lucca will be the largest Campfire of all.  There will be no free outdoor activities, but the city has made spaces available for Lucca ChanGes where there will still be meetings, presentations and shows.  Over the days the festival takes place in the city, Lucca will still be open to the public, but the guests will no longer be allowed into event venues.  Shows and presentations originally planned for an audience at Teatro del Giglio, Teatro San Girolamo and Astra Cinema can now be accessed solely online.  And while there won’t be any stands, Japan Town nor activities on city walls, a select group of Cosplayers will interpret their characters at the San Francesco auditorium on October 31, and can be watched via streaming starting at 3:30 pm.

Originally, Lucca ChanGes planned on opening a pop-up store at the Lucca Campfire, but after the latest safety regulations in Italy, it is no longer part of the fair.  There will still be opportunities for visitors to do some shopping at The Collezionista in Piazza San Giusto and via San Paolino and the Dungeon Store found at Via Pisana Sant’Anna.  The latest releases can also be ordered through online platforms of the Campfires, via the Lucca Store on Amazon.it and through Inuit Bologna.

In addition to Campfires in Italy, there will also be Campfire lights in Shanghai, Istanbul, Prague, Los Angeles, Belgrade, Cairo, Madrid, Jakarta, Pretoria, Lyon, Bucharest and Abu Dhabi.  All happenings at the Campfires will be streamed, so everyone will have a chance to join in on the festival fun.  Included is an exhibition on Italian cartoons and comic strips—which started in 1908 with the Corriere dei Piccoli—hosted by the Italian Cultural Institute of Los Angeles, which can be viewed live in the U.S. or online.

This year, Roberto Recchioni, an eclectic author whose work ranges from comics, novels to cinema and videogames, was the first to support the transformation of the Lucca ChanGes, inviting the festival-goers to get involved. His project, ‘Dream On,’ pushed people to use their imagination.  With a free downloadable template, the community was able to draw what Lucca Comics & Games means to them. Over 500 ‘dreamers’ from the community have participated in this project by downloading the template and submitting their work. These posters can be seen on the official Lucca ChanGes website.

“The first time I came to Lucca Comics and Games, I was 16,” Recchioni says, “and this would have been my 20th year. I have often been controversial, but the festival is an enrichment for everyone: many have built their fortunes and careers here. Lucca must be supported, because it is us. And to help it is to help ourselves.”

Giovanni Del Carlo, director of the Teatro del Giglio, will be presenting Lucrezia Forever! a theatre piece based on Silvia Zivhe’s comic strips.  The show will debut on October 29 at 9 pm, and is directed by Francesco Niccolini. “I tried to imagine a new story that would echo the personality of Lucrezia—here played by Amanda Sandrelli—in the many cartoons released over the years,” says Niccolini.” Tickets originally sold to see the play will be reimbursed, and it will be streamed exclusively through RaiPlay.  A performance of L’albero azzurro (The Blue Tree), will be also broadcast from the Teatro del Giglio on Rai Ragazzi, in tribute to the 100th anniversary of the birth, Gianni Rodari, a writer specialized in children’s literature, on November 1 at 2 pm.

The program will be streamed live on social networks and the Lucca ChanGes website. Zerocalcare will be presenting Skeletons, the new graphic novel for Bao released on October 15.  Singer Max Pezzali and cartoonist Roberto Recchioni will also have a face to face meeting, in addition to the rapper Myss Keta and the cartoonist Fumettibrutti.

Other artists will be featured over in 200 online-only events. Leo Ortolani, Licia Troisi, Christopher Paolini, manga monster comic authors and other international authors are just a few of the guests who will be speaking.  Ubisoft and gamers will also find professional gamer Giorgio Calandrelli, also known as Pow3r, on the streamed video games. A special edition of the Dampyr comic book series will be dedicated to and presented by the Matera Campfire in collaboration with the Matera Film Festival.  Audible Lucca  will also be playing audiobooks dedicated to Neil Gaiman’s Sandman comic and the video game Assassin’s Creed.

Terry Brooks, author of the fantasy series Shannara, which will be in streaming on October 31, is going to toast the grand finale with fans.

There are a variety of ways to get involved with Lucca ChanGes this year. Rai Radio 2, RaiPlay and Rai 4 will all be available to the public to be remotely involved in festival events, interviews, and more.  Guest speaker conversations will be streamed through Lucca ChanGes social networks and on the website. Those who purchased the Campfire pass for in-person access prior to the latest government decree will be reimbursed, while also receiving a discount on admission to next year’s Lucca Comics and Games.  (lauren polanski/additional reporting by rosanna cirigliano)