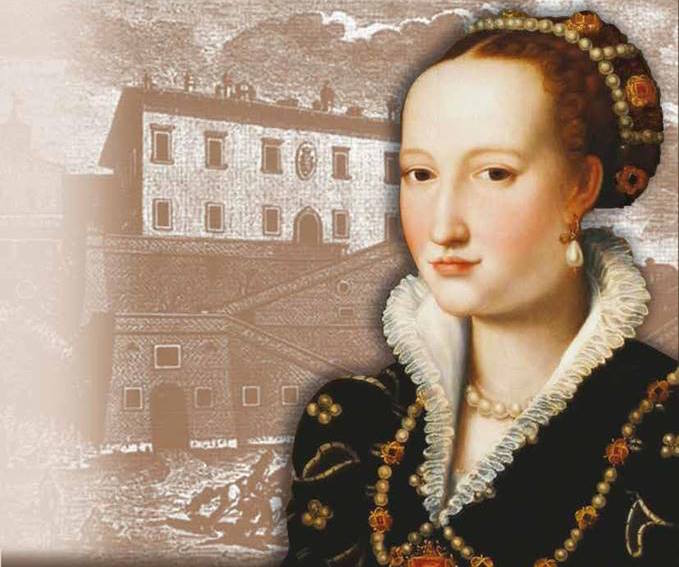 On July 6 and 7, the Tuscan town of Cerreto Guidi will be pulled back in time to the late 1500s. On “La Notte d’Isabella,” dedicated to Isabella de’ Medici, locals and tourists alike will be transported to 1576 through a series of simultaneous events and performances.

Recreated scenes from the distant past will interplay with modern surroundings. Historic games such as calcio storico will be played in the streets. Hawk shows, historic performances and demonstrations of historic talents, such as dancing and artisanal skills,can be seen throughout the city. Historical re-enactors will wander around in full costume and character. All of this and more can be found in the special Renaissance market, while local osterias and restaurants will feature menus inspired by the time. To cap it all off, a fireworks show will light up the sky as Isabella de’ Medici herself (or her re-enactor at least) makes an appearance on both nights, between 9 and 9:30 pm.

The festivities will take place from 6 pm to midnight on July 6. On July 7, the party starts at 5 pm and again runs until midnight. For the celebration, connected to the 500th anniversary of the birth of her father, Cosimo I, the public can take advantage of a free shuttle service to this section of town.

Isabella de’ Medici was considered “the star of the house of Medici,” born in 1542 to Cosimo I de’ Medici and Eleonora de’ Toledo. She was a vivacious lady with the Medici talent for politics, learning, and scandals. She was married at age 16 to 17-year-old Paolo Giordano Orsini in 1558 but became the lady of the Medici household in 1562 after her mother’s death.

Her father gave Isabella leeway with her obvious affairs as her husband was never with her in Florence, having left his cousin Troilo Orsini to take care of her. This lenience changed after Cosimo I’s death in 1574, when Isabella’s brother Francesco was granted the dukedom, and Isabella moved to the Medici villa in Cerreto Guidi.

On July 16, 1576, Isabella was found dead in the villa. Her husband persisted that she had died suddenly in the night, but the Florence grapevine whispered otherwise. Only six days before, Isabella’s cousin Eleonora di Garzia di Toledo was also found dead by her husband, Isabella’s brother Pietro, under similarly sudden circumstances.

It was this death that made all of Europe suspicious. Francesco wrote to King Philip II of Spain shortly afterwards, speculating that Paolo, a violent and jealous man, had strangled Eleonora to death after discovering her extra-marital affairs.

Servants of the family admitted to helping Paolo, just as servants at the Cerreto Guidi villa admitted that they had been ordered to help Isabella’s husband strangle her to death. With this coincidence in dates, Florence began to believe that Francesco had approved the murders himself.

Some historians believe that Isabella’s death was a similar occurrence to Eleonora’s, while others believe that she died of illness and that enemies of the Medici family spread rumors to discredit them. The truth remains obscured to this day.

It is reported that Isabella’s ghost still haunts the villa where she may have been murdered. The last sighting of her ghost was in the mid-70s, when a man saw her wandering in front of the villa. Perhaps visitors enjoying “La Notte d’Isabella” will see Isabella herself, and mistake her for a re-enactor. (katy sparks)