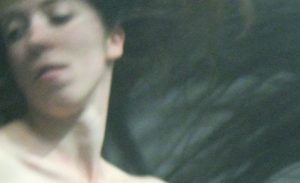 This season Armunia presents “Inequilibro,” an innovative art festival in the beautiful beach town of Castiglioncello. “Inequilibro” combines dance and theater, transcending the boundaries of a typical dance festival, and will tackle with serious topics regarding the human experience: gender, age, physicality, and the meaning of reality. Shows will be performed in various venues: two tensile structures, amphitheaters, and the park.

There will be a combination of new and returning artists in residence creating inspired work for this year’s commemoration. Joining the festival for the first time, artists Annamaria Ajmone and Marcela Santander Corvalan present their production of MASH, a show reflecting the contamination process, both culturally and individually.

Artist Silvia Gribaudi, who has collaborated with Armunia for some time, will return to the festival with her social and art focused work, discussing personal issues of body image. In “A Free Body,” she will consider the irony of the female condition, the paradoxical relationship between feminine fluidity and the constrains of society’s expectations. Additionally, her work, “Where is Adam?” will deal with themes of age, where young people will dance with men and women over the age of 60, demonstrating arts ability to unite people, bodies, and generations.

Some works in this series will be narrative-based, deriving inspiration from literature and stories. Roberto Latini and his company, Fortebraccio Teatro, will dedicate a piece to Il Cantico dei Cantici, one of the oldest texts in literature. Additionally, a work dedicated to the fragility of reality, by Danio Manfredini, is inspired by Luciano, a story of a man’s life in a psychiatry as a patient.

“Where is Adam” and “A Free Body” will be free admission, but the cost of most of the performances will range from five to ten euros. For more information, see www.armunia.eu.

“What Age Are You Acting?”