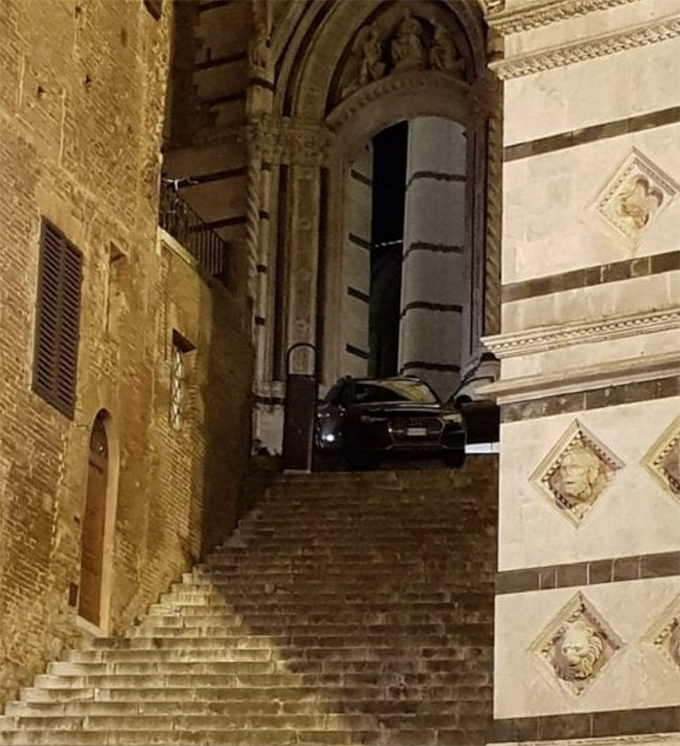 Following the directions of their car’s navigator, three passengers ended up on the steps of the Cathedral of Siena. The group of tourists involved consisted of a man and two women between the ages of 34 and 44. Their Audi 44 slipped down onto the top of the stairway before getting dangerously stuck on the steps.

Luckily, the car having halted on steps prevented them from any serious harm but the vehicle had to be removed by tow truck. The driver was subjected to drunk driving test in which the results were negative. Assessments are being made to see if any structural damage to the historic landmark was caused by the incident.  (kelsey lentz)