A fire broke out on the roof of the Mediaworld store at the Coop complex at Ponte a Greve (Scandicci) on the afternoon of June 3, and firemen from Florence, Prato and Pistoia worked hours to put it out, which they did after 8 pm.  The supermarket and adjacent stores were immediately evacuated.  No one was seriously injured although one person was taken in an ambulance to the hospital for smoke inhalation.

The origin of the fire was traced to a work site on the roof which workmen were in the process of waterproofing.  Smoke and flames spread quickly, causing damage to the Coop supermarket and adjacent warehouses.  The shopping center will remain closed for the immediate future.  (rosanna cirigliano) 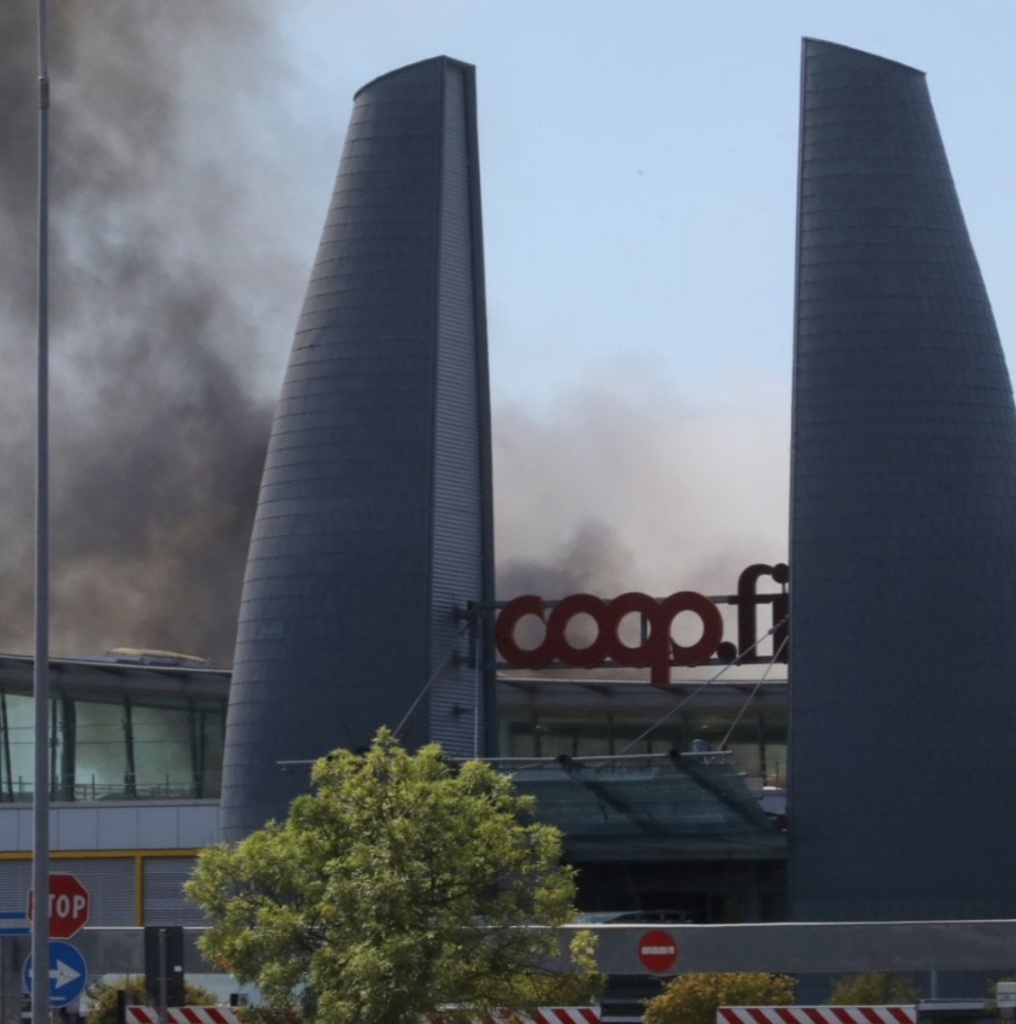 To see other photos and a video, visit Florence’s La Repubblica news site.