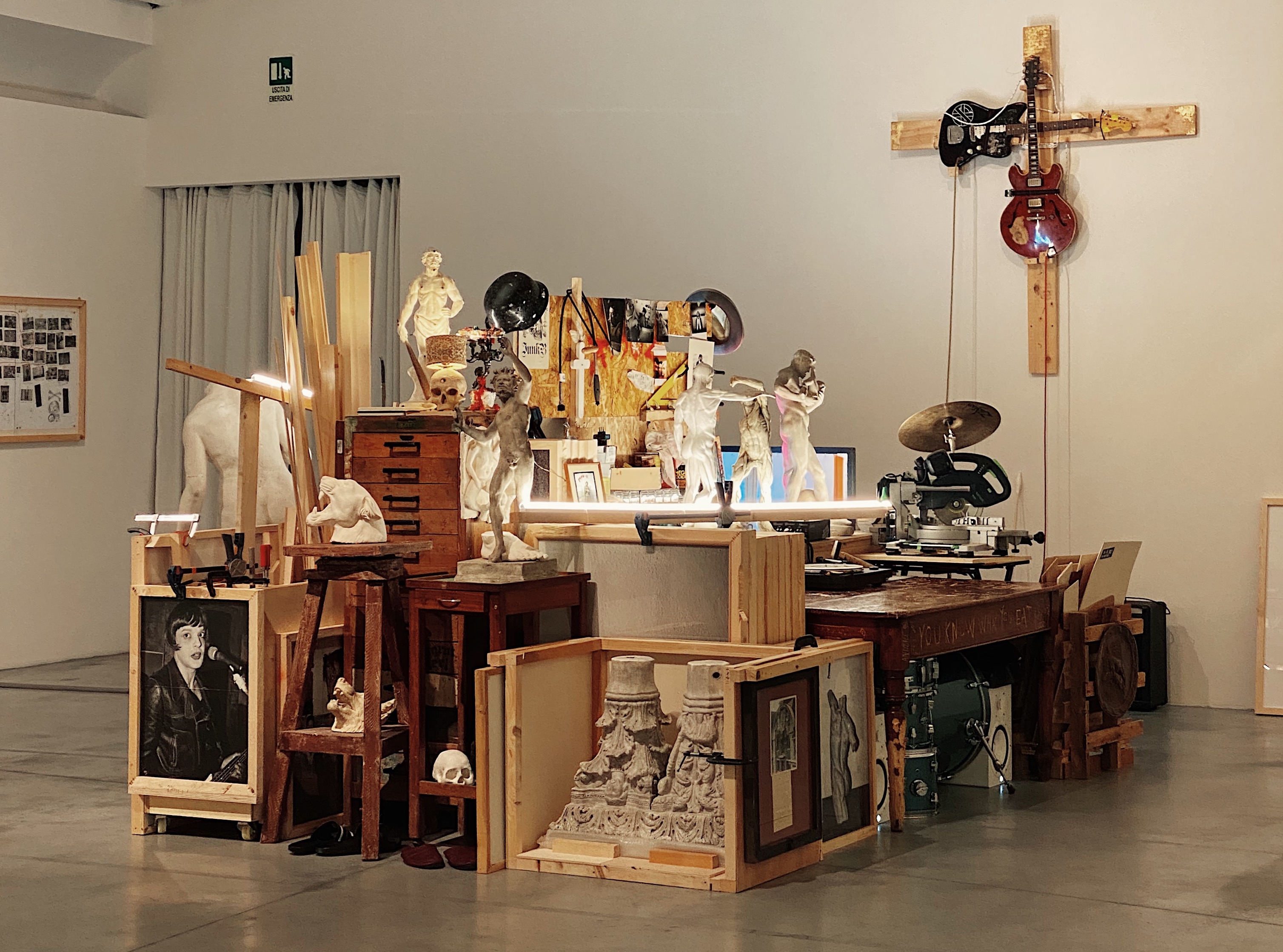 Centro Pecci, the contemporary art museum in Prato named after Luigi Pecci, reopened in January following loosened restrictions when Tuscany became a “yellow zone.”  Through Friday, February 5, the museum is offering the last three days of free admission during regular opening hours (noon to 8 pm) from Wednesday to Friday.  Exhibitions currently on display include Raid, Void, and Litosphere.  Protext! can be accessed for reduced admission.

A handful of exhibitions had opened back in October just before the second wave of lockdown orders caused all museums in Tuscany and the rest of Italy to close into the winter holiday season. However, due to the limited exposure, some of the previous works will now be on display until March and April.

Raid by Marcello Maloberti is being shown until February 15; no entrance will be charged the first week in February. The video, playing in six minute loops, documents a performative action of different people dropping large books on the ground repeatedly. The catalogues carry the collections of big name artists over history, such as Leonardo DaVinci and Caravaggio. Inevitably, the blows cause severe damage, leaving the works torn apart with the pages all over the floor.

Until February 28, Pecci will feature Jacopo Benassi’s inaugural solo museum exhibition titled Void; no entrance will be charged the first week in February. Earning great public accolades and critical acclaims, the show details the La Spezia-born photographer and his work over 25 years. His photographs are deeply personal and raw, exploring the underground punk scene of the late 80s in his home city, and the relationship between his identity and sexuality. His own work studio is partially recreated within the space. In addition, a fundraising campaign is also relaunching: a purchase of a limited edition Benassi image helps support future initiatives of the Pecci Center.

Protext! When Fabric Becomes a Manifesto is on display until March 14. From February 3 – 5, tickets are only €5. The exhibition was curated by Camilla Mozzato and Marta Papini and shares works by Pia Camil, Marinella Senatore, Otobong Nkanga, and more. With Protext!, fabric is more than just a material for garments. It is also an instrument that can be used to share ideas, calls to action, and self-reflection

See Litosphere by April 18. Litosphere comprises two parts: an art installation called Productive by Giorgio Andreotta Calò accompanied by A Fragmented World, a film by Elena Mazzi and Sara Tirelli. The installation is made up of rows of coring from the Sulcis Iglesiente region otherwise known as Southwestern Sardinia, an area rich with mineral deposits. Calò catalogued and arranged 2000 meters – a little over a mile in length – of cylindrical rock layers to correspond to the way geologic material such as siltstone, sandstone, beige limestone, lumachella, and more have succeeded over time. On the same note, Mazzi and Tirelli’s film looks at the same materials that have shaped Earth and its various landscapes; seemingly unchanging, except in the event of major catastrophes like eruptions or earthquakes.  (cathy doherty)