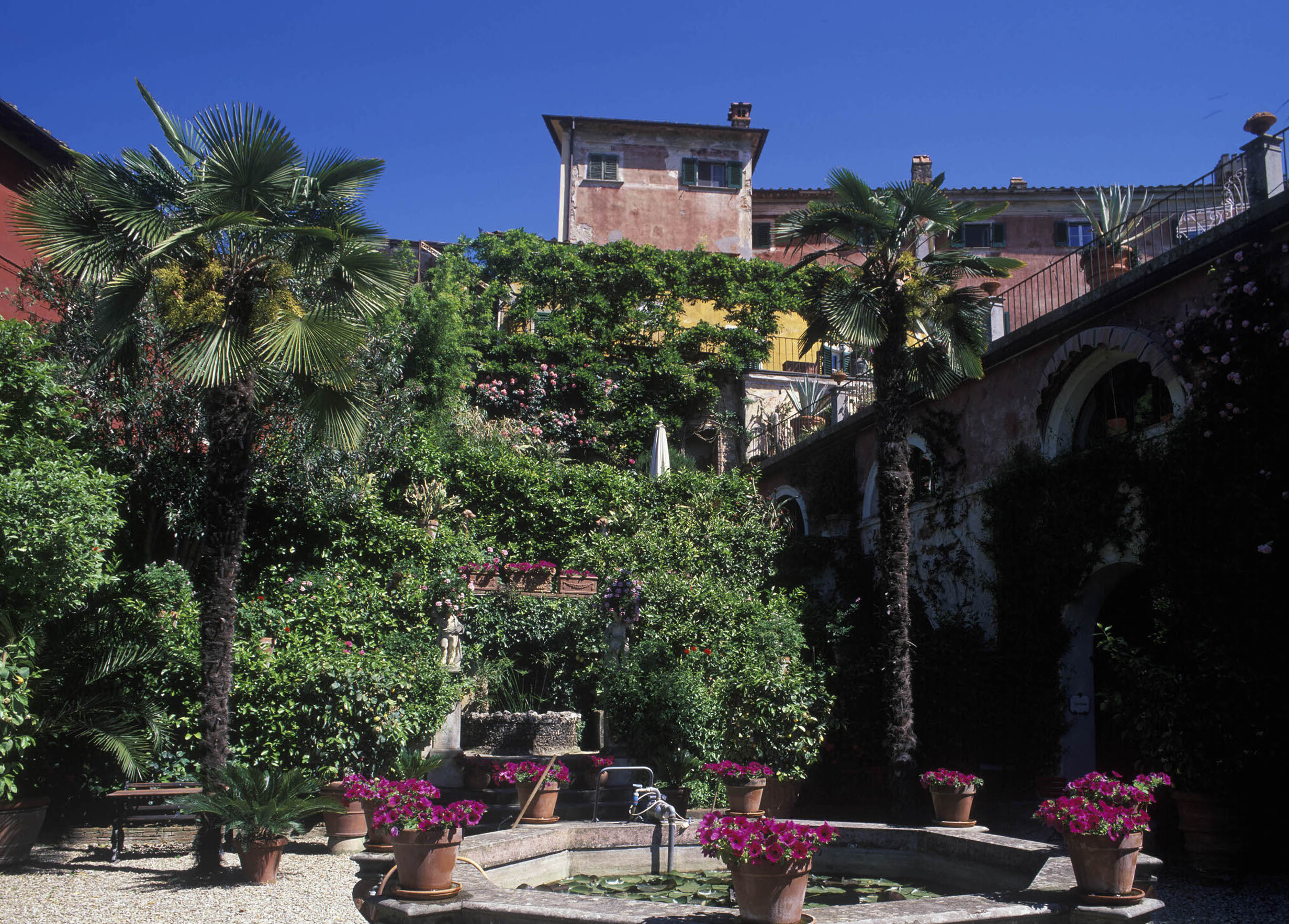 This week, the focus is on foreigners during FAI’s Autumn Days (Giornate d’Autunno):their integration and enduring cultural contribution to Florence and Tuscany.

October 12 and 13 offers guests the chance to visit many historical and cultural landmarks—including normally inaccessible venues—in Tuscany, thanks to FAI’s Open Days. The venues are located in Cortona, Bagni di Lucca, Pisa, the Valdinievole, Pistoia, Prato, Massa, Livorno, and Grosseto.

Although admission is free, a visit to open sites during the weekend provides an opportunity to make a donation, large or small, to event organizer, FAI—the Fondo Ambiente Italiano (the Italian equivalent of the National Trust) —a nonprofit organization, which safeguards and promotes Italy’s historic patrimony.

In the Valdinievole, above Montecatini Terme, Buggiano Castello will be in the spotlight. Crowning a hilltop, this town with its medieval architecture, Pompei-red facades, handkerchief-sized secret gardens and Romanesque church is as close to a paradise as one may find on earth. One hundred inhabitants tend the pastiche of vibrant color created by the lemons, oranges and fragrant jasmine plants trellised on stone walls; they also nurture camellia trees, rhododendrons, azaleas, freesias, snapdragons and calla lilies, responsible for a riot of spring color. Fairy-tale-like 17th century Villa Sermolli is encircled by a formal baroque garden, complete with trellised citrus plants and a grotto.

Pietro Sermolli, a notary from Volterra, purchased what would be known as Villa Sermolli as his residence in 1602. He expanded his residence from 18 to 45 rooms; many are decorated with frescoes. Twenty generations of the family lived in Villa Sermolli until 1954, when it was sold to an American composer. The property later changed hands again, to a group of Swiss artists, who hosted exhibitions and concerts for 40 years before Villa Sermolli was transformed into a hotel and residence in 2011.

The town’s center boasts a hot spring of sulphurous water, while the hamlet ‘Bagno alla Villa,’ six miles down the road, is lined with noble estates including that of de Montaigne. One can still find the unkempt Protestant cemetery that is the final resting place of English writer and Tuscan resident Ouida (Maria Louise Ramè, 1839-1908). The extravagance of her bright yellow house on the corner of via Serragli and via della Chiesa commands attention in this sleepy village.

During FAI’s Autumn Days, sights open to guests include the Anglican church and cemetery in Bagni di Lucca, along with the historical ‘Bagno alla Villa,” thermal bath establishment and Villa Mansi. Ian Greenlees, the former director of the British Institute of Florence, later purchased the Villa Mansi, which once hosted Josephine Beauharnais (Napoleon’s first wife) and his sister, Pauline Bonaparte Borghese. The 39° C degree thermal water was for a time even exported to the United States for its healing properties.

Unlike many of the era’s Anglo expats, such as Tobias Smollett and William Beckford who famously scoffed at everything from the region’s food to its landscape, Percy Bysshe Shelley developed a deep and life-long attachment to the enchanting towns and countryside of Tuscany. In 1818, he and his wife Mary Wollstonecraft (1797-1851, author of Frankenstein) moved to Bagni di Lucca.

The Romantic poet’s constant state of illness played a major role in this decision to enjoy the fresh and pure environment of nature—horse rides through chestnut forests and clear streams provided a healthy alternative to the city. In their 16th century villa Buonvisi, directly above that of de Montaigne, they would play host to the most famed figure of the age, fellow English poet Lord Byron (George Gordon, 1788-1824). Shelley and his circle visited the Bernabò hot springs, still found today on via dei Bagni Caldi, many times during his sojourn.

For the complete program of FAI Autumn Days, visit the website. (rosanna cirigliano)