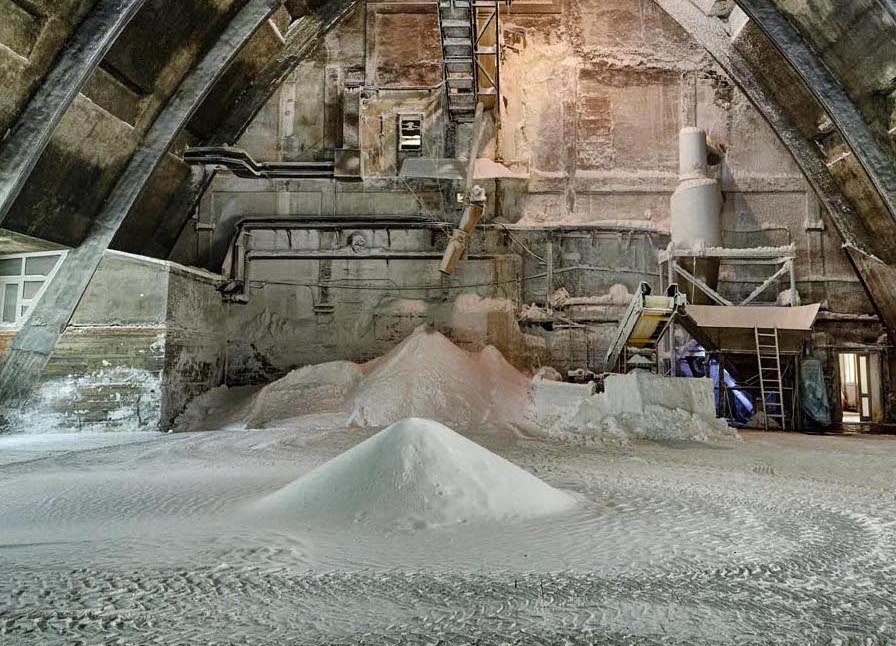 All across Tuscany, privately-owned sites are opening to the public during FAI’s “Autumn Days.” Once this year, from Saturday, October 16 to Sunday, October 17, visitors will receive a tour in a variety of locations curated by FAI volunteers by donating a minimum of €3 to the organization.

The Fondo Ambiente Italiano, or FAI, is modeled after the U.K’s National Trust. Its mission as a non-profit organization is to protect and enhance the artistic and historical heritage of Italy, all by preserving private areas that have undergone neglect over the years. Annually, during a single weekend accompanied by the theme of a season, FAI opens some of the places it has maintained to the public. Not only has FAI opened multiple sites in Florence, but they have also opened a site in each province of Tuscany. These range from a fortress in Prato, to a salt extraction zone in Pisa, all the way to the town of Cetona in Siena.

To join a tour, a reservation must be made: backgrounds and addresses on these sites can be found by searching the desired province on FAI’s website.

Intertwined with a lush setting of trees, built to stand tall atop a large hill, the town of Cetona is an opportunity to see a place almost frozen in time with its medieval aesthetic. The rich history of this area dates all the way back to the time of the earliest settlements of central Italy. Named by an early parish church in reference to the Chieteno stream, the settlement of Cetona began to develop around a fortress tower at around 900 A.D. After its ownership by Pope Gregory VII’s family, the Aldobrandeschi, from the 11th century to the 14th century, the town was owned by Siena, Orvieto and Perugia before its complete annexation by Siena. After the town was sold to Chiappino Vitelli by ruler of Tuscany Cosimo I de’ Medici, Cetona saw further construction that would end up creating many of the iconic places to witness. This includes a private fortress with a plaza below it, later known as Piazza Garibaldi, Palazzo Vitelli, the Church of San Michele and many more.

Cetona brings the spitting image of Italy to life. Its stone paved streets with both medieval and Renaissance architecture brings out a town that one might imagine in a theatre play set in Tuscany. The journey through it is only helped by the freshly grown food and handmade pici pasta to make a visitor’s experience all the more delectable.

Known as Rocca, meaning the Fortress, the Fortress of Vernio is a sight to see for those interested in seeing a defensive sight that has seen a lot of action after it was built. Owned by the Fief of Vernio under the Bardi mercantile family, the Fortress of Vernio was built as a fortification to the castle in the fief. A series of conflicts between the fief and its neighbors throughout the 14th and 15th century led to the fall of a lot of the structure of the castle, however the fortress and its view provides onlookers with a good view of the foundation that made up the Fief of Vernio’s land.

Visitors trek through a paved road to encounter the north door of the fortress, seeing the frame of the entryway that once housed the now demolished door. Not only can the general structure of the settlement be seen, but the Chapel of Sant’Agata. Viewing the Fortress of Vernio is a gateway to the past of medieval conflict, surviving a site of defense worthy of its name.

People passing through Pisa will get to see the process of salt production this weekend thanks to the town of Saline di Volterra. Guests of the tour will learn about the town’s 1000-year long history of extracting salt, along with the changing techniques throughout the years. The town’s salt production grew to be more lucrative with the involvement of the Medici starting in 1472. The salt trade grew even more when the Cecina-Saline railway was constructed near the town, allowing for more trade.

Visitors get to hear about the process that goes into extracting 150,000 tons of salt annually, as well as receive a viewing of the factory that creates the “purest salt in all of Italy.” In order to have a steady supply of salt to obtain, fresh water is pumped through their large deposits of rock salt, which produces a brine that is obtained on the surface and then refined. These natural rock deposits are notable for being the most long lasting and unchanged parts of the salt process, allowing for the 99.9% purity. As a show of display to what is obtained, a salt “waterfall,” designed by Pier Luigi Nervi, can also be seen in the middle of the pavilion.

It should be noted that compared to the previously mentioned sites, this tour does require a degree of safety precaution throughout the factory visit.

For a traveler with noble tastes for a medieval fairytale come true, the tiny village of Montevettolini sits atop a hill filled with olive trees and provides a sweeping view of towns beneath it (perfect for keeping an eye on potential enemy armies).  Even those without the worries of maintaining a Tuscan empire can appreciate the stunning location and charm of Montevettolini, seemingly suspended in a time warp that predates the Renaissance.

Narrow streets from the 12th century weave between homes and schools.  Five of the six ancient towers were embedded in the stone walls as Montevettolini grew.  A thin metal cross on the top distinguishes the remaining tower at the edge of town, the octagonal Torre dello Sprone.  A later addition, built at the end of the 16th century, the Medici summer villa was eventually acquired by the noble Borghese family.

FAI’S “Autumn Day” provide a second chance for nature lovers:  while the Camellia Festival was canceled in spring 2021 due to COVID, there are also camellias that bloom in the fall, a fact that allows the “camellia towns” to be part of the event.

From medieval times through the Renaissance, silk was spun into textiles in the city of Lucca.  Merchants had a thriving business in the Orient, eventually importing camellias for their villas in the 1800s in the surrounding hills, an ideal home for the plants.  Along with pure air in an elevated warm habitat not far from the sea, the cool, clear water of streams and brooks is one reason why the camellia thrives in this part of Tuscany.

Camellias bloom spontaneously on the side of the road between Sant’Andrea and Pieve di Compito, and there is also a camellia nature reserve to visit. The towns, characterized by medieval architecture, are interesting to visit as well.  Settled by the Lombards, Germanic invaders who arrived before the year 1000, Sant’ Andrea and neighboring Pieve di Compito eventually passed under the domination of Lucca. The tower in Sant’Andrea is a watchtower; a bonfire would be lit to signal the rulers in Lucca.  The villages are located on an ancient pilgrim road–even older than the via Francigena–called the via di San Colombano, dating back to the 7th century.  (rosanna cirigliano)

For those with an eye towards theater history, FAI is offering an exclusive opening of the Goldoni Theater in Livorno this Sunday from 10 am to 7 pm.  Commissioned to neoclassical architect Giuseppe Cappellini in 1842, the Goldoni Theater is one of the ultimate “what could have been” moments in Italian architecture, a not-fully-realized piece of glorious construction that was planned with impressive detail but sadly lacked the funding to be constructed in its creator’s original vision. The horseshoe shaped theater, still impressive thanks to its crystal ceiling, wrought iron supporting beams, red velvet seats and curtain in addition to gold trim, is located in the city center.

Explore the relationship between Arezzo and its water focused architecture from 10 am – 5 pm during the weekend, courtesy of FAI.  Students from the Fossombroni Institute will introduce the hydrography of Arezzo, contextualizing the city’s relationship and history with water by identifying notable water sources, including the Pozzo di Tofano.  The well was built of sandstone in the 16th century and is located in front of the Petrarch’s house.  This Arezzo landmark is mentioned in Boccaccio’s Decameron.  The tour also includes the Vasari Aqueduct and Gallery, the foundation of the parish church (Pieve) beneath the Church of San Francesco, the origin point of a canal in front of the Pieve and the Fountain of Piazza Grande.

Animal lovers rejoice! By reservation only, FAI will open the doors of the Veterinary Military Center in Grosseto from 10 am to 5:30 pm. This historic site began in 1865 as a “Horse Breeding Depot” for staffing the newly formed Italian Army, and evolved into breeding and domesticating animals for various roles in national service, including guard dogs for the Armed Forces and mules for agricultural work. The tour will review various sections of the Center, including Horse Breeding Depot, Quadruped Breeding Depot, Quadruped Collection Center, Military Center for Quadruped Breeding, and Veterinary Military Center before exploring the on-site La Cavallerizza Riding Museum. Notable elements of the venue include the Clock Tower, a beautiful still functioning 19th century building constructed with Neo-Gothic inspiration; the Chapel, a simple but well-maintained hall sporting a memorable painting of St. Anthony accompanied by a wild boar in an exotic setting; and the Military Memorial, below the clock tower proudly displaying three plaques honoring the bravery and lives of fallen service members in different conflicts.

Calling all fans of architecture and construction! Henreaux Spa, a premiere international leader in the stone industry and highly regarded in marble design, is opening the doors of its Seravezza factory this Saturday from 9 am – 5:30 pm only, Made possible by the Henreaux Foundation through FAI, the 48,000+ square meter factory will be available for an exclusive look into its inner workings, including departments dedicated to sawing, polishing, and resin finishing as well as laboratories, offices and the engineering department. The plant and its parent company has a long and illustrious history, notable for its close collaboration with the French government in its early days and for recently undergoing a redesign of the its factory in 2018, adding a glossy new showroom.  The headquarters of the Henraux Foundation boasts an art collection featuring works by marble-focused Italian artists and companies.  (ashutosh ajay shah)