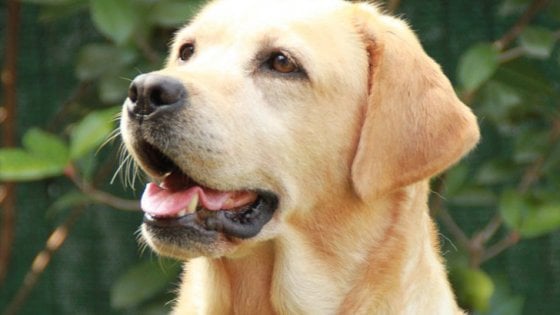 The love of a dog certainly has restorative powers. A woman hospitalized at the San Cataldo Institute in Lucca, who for eight months had been in a “state of minimal consciousness” – a near-vegetative state – moved her hand to pet a labrador close to her bed. Andrea Bertolucci, the departmental clinical referent physician, defined the “state of minimal consciousness” as presenting “a minimum of reactivity to some ‘elective stimuli.’”

The dog, named Sun, came to the hospital as a part of a pet therapy program. According to the hospital’s report, trainers brought the dog to the woman’s bed, and she reached out towards the dog. The trainers then guided her hand to help her to stroke the labrador, and reported that her face appeared more serene after petting him.

Bertolucci stated that signs like this are not “miracles,” but rather positive steps along a road to recovery. Due to the patient’s response to the puppy, the woman will soon be transferred to the center for serious cerebral lesions in Versilia hospital in Viareggio and will hopefully continue to recover. (isabelle blank)