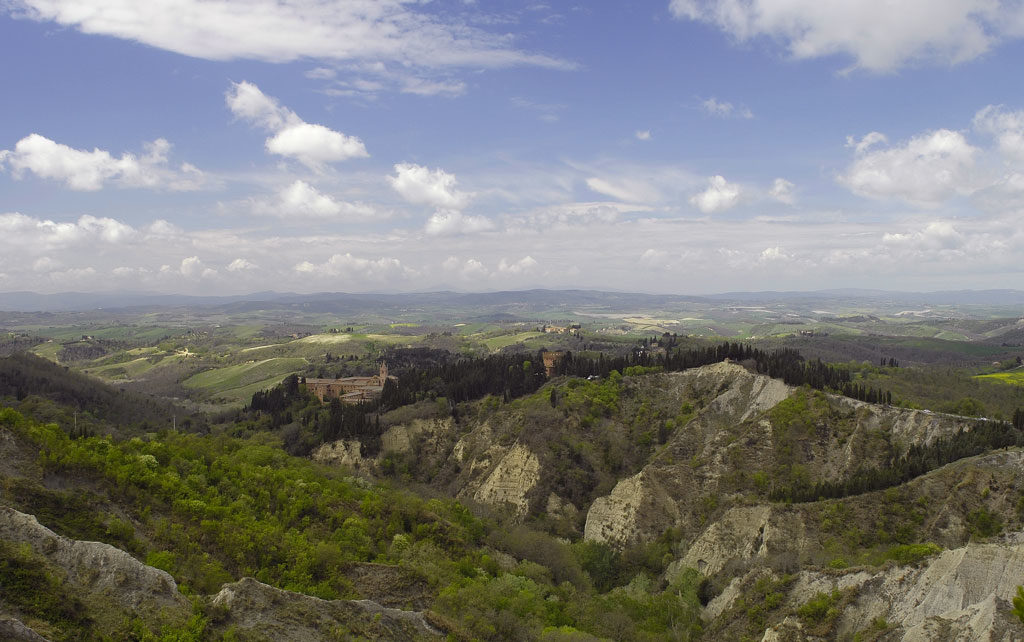 The stunning nature of the Val d’Orcia near Siena

Contrary to that which the name suggests, ‘FAIMARATHON’ is not really a marathon at all. That is, not in the sense of a competitive, 26 mile race; it is instead a non-competitive “cultural marathon,” a walk through some of Italy’s most treasured historical and natural places designed to bring awareness to patrimonial preservation.

FAI – or the Fondo Ambiente Italiano (the Italian equivalent of the National Trust) – aims to safeguard and promote Italy’s natural spaces, traditions, and places of historical or artistic significance. The not-for-profit organisation established in 1975 is working with the Italian lottery on the project, currently in its third year; the previous two “marathons” attracted almost 55,000 participants.

This year, on October 12, 120 cities across Italy are participating. In Tuscany in particular, there are 11: Florence, Pistoia, Siena, Prato, Arezzo, Castiglione d’Orcia, Buggiano, Carrara, Piombino, Calci and Grosseto. The routes are of varying lengths in each city, passing through their respective notable sites.

In Florence, as part of the walk, there will be exclusive guided tours of all the locations visited. Altogether, the walk will be 3.5km long, and groups will depart regularly from Via la Pira 4 from 10 am, with the last group leaving at 4:30 pm.

Starting at the Museum of Geology and Paleontology, participants will be shown a video about the Botanical Gardens, (Giardino dei Semplici) before moving on to the gardens themselves. Next, the group will visit the Instituto Papirologico G. Vitelli, on the Borgo degli Albizi, a department of the University of Florence dedicated to the study of ancient papyrus scrolls, whether they be Greek, Latin or Egyptian and will see the library, museum and archaeological finds.

Finally, the group will make its way to the Biblioteca Riccardiana, at Via dè Ginori, its final stop. Here, the Grand Salon, Reading Room, Exhibition Room and the Study will be open for viewing.

Like the Florence walk, the Siena “marathon” also has four stops, but with a focus on the “green heart” of Siena. A little shorter at 2km long, it visits three valleys on the outskirts of the city. Participants can meet at the starting point in Piazza Indipendenza from 10 am until 5 pm.

Castiglione d’Orcia has its own itinerary, with a themed walk focusing on the water of the San Filippo nature spa. “Between history, well-being and nature,” the walk provides an opportunity to learn a little more about the hot springs, famous since the Etruscan and Roman periods for their restorative qualities. The tour will begin at the San Filippo Benizzi Grotto, a small chapel in the woods, travelling to the San Filippo church via several spots of natural beauty. In total, it will be 1.5km long, and various locations will include guided tours. The walk will begin at regular intervals between 10:30 am and 4:30 pm.

Tickets bought ahead of time via the website cost 4 euro, while those bought on the day cost 10 euro. Children under the age of 18 can take part for free if accompanied by their family.