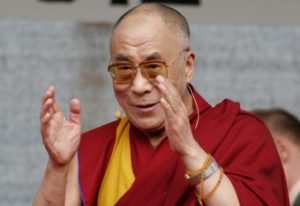 The Chinese city of Hangzhou, has suspended its sister-city relationship with Pisa after the Dalai Lama’s visit to the Tuscan town. Mayor Marco Filippeschi told the councilors that he has been trying to continue to build relationships with Hangzhou.

A delegation was preparing to leave for China, but the Chinese office said that Pisa would not be welcomed as expected since they accepted the Dalai Lama so warmly. During the Dalai Lama’s visit, he became an honorary citizen and was also given an honorary degree from the University of Pisa.

The mayor stated that the Dalia Lama has done nothing to interfere with the foreign policy of the People’s Republic of China during public meetings in Tuscany during which His Holiness discussed the evolution of the mind, and peaceful coexistence and happiness.

Pisa will not retaliate, as the mayor wants to continue their sister-city relationship. He plans on negotiated with the embassy for clarification.