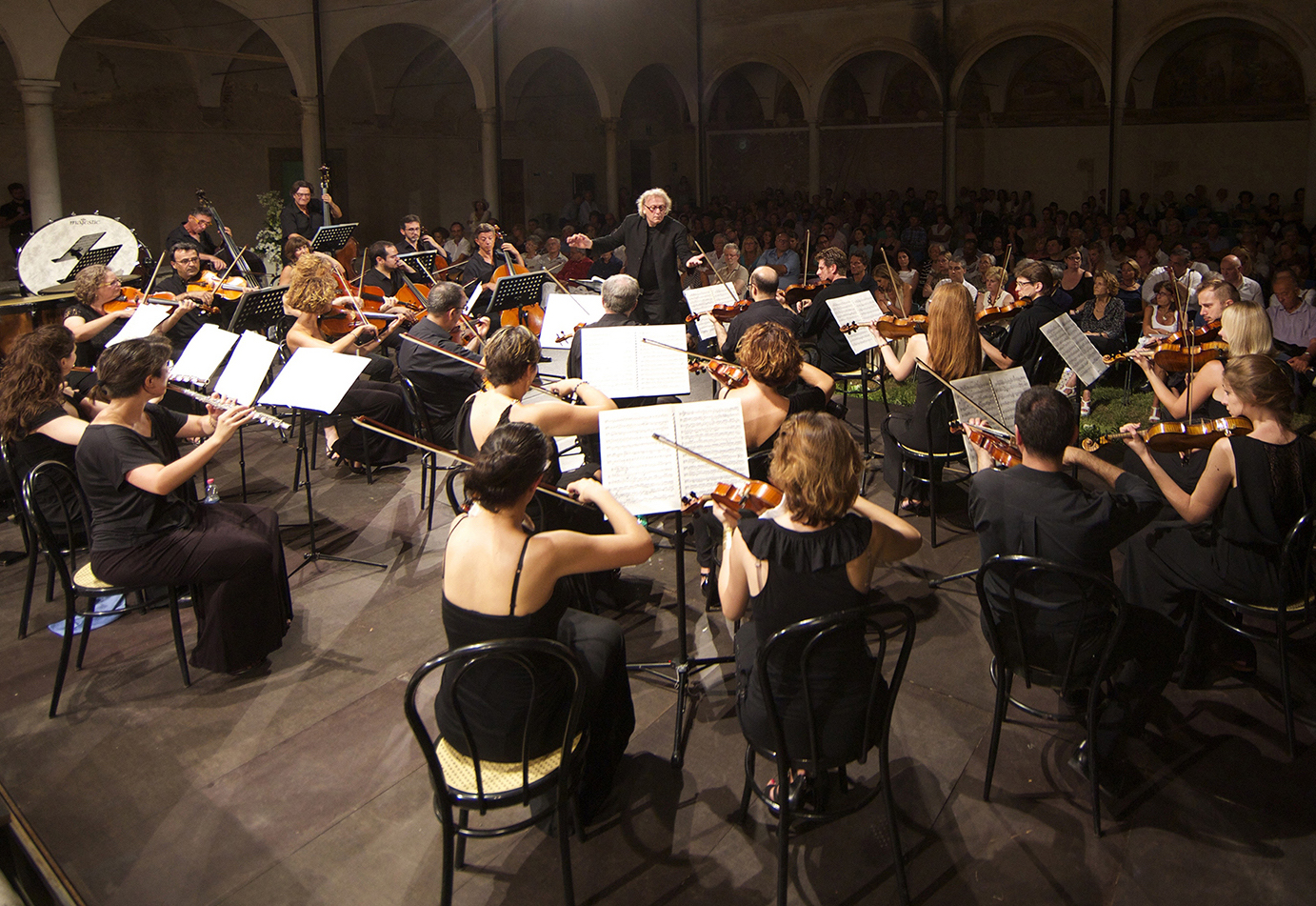 The 13th edition of Pietrasanta in Concerto graces the hilltop medieval town known for its arts scene with 10 evenings of enchanting music, mainly classical, from tango to Vivaldi, performed by artists hailing from far and wide. Uncovering the various facets of classical music, Pietrasanta in Concerto gathers a star-studded lineup of musicians in the glorious setting of the Chiostro Sant’Agostino for renditions of some of the most well-loved pieces.

Director of the festival and eminent violinist, Michael Guttman, has drawn inspiration from the opening concert, ‘The colours of music,’ guiding his careful crafting of the festival’s performances. Guttman has sought to showcase the vibrantly colourful rainbow of classical music, electric and eclectic by nature. Returning to this year’s festival to perform this opening concert on Friday, July 19 is Gilles Apap Quartet, a unique blend of violin, accordion, double bass and cimbalom.

Apap is a highly accomplished violinist with a breadth of musical experience as a soloist, as well as part of an orchestra and various bands that cross over into other genres, including the Ethno Jazz band ‘Meduoteran.’ The ease with which Apap moves between genres filters into his quartet ‘The Colours of Invention,’ who will present an unusual fusion of classical compositions by Vivaldi, Ravel, Mozart, Gerschwin and Prokofiev with traditional folk tunes.

Pietrasanta in Concerto then welcomes the thriving musical scene of Berlin with open arms in two concerts, ‘A Thing of Beauty’ on Saturday, July 20 and ‘Gypsy Rondo’ on Sunday July 21, in two installments of the Berlin Music Fest. Michael Guttman himself will join these performances, playing the violin alongside Guy Braunstein, Amihai Grosz on the viola, cellist Jing Zhao and pianist Denis Kozhukhin. The first concert, ‘A Thing of Beauty,’ will also include internationally acclaimed flautist Gili Schwarzman. Together, they reinterpret works by Reger, Brahms, Gershwin and Dvorak. ‘Gypsy Rondo’ features soprano vocals by Alma Sadé, as the one and only vocal soloist to take part in the festival, joining Berlin Music Fest to perform Mozart, Respighi and Brahms.

The Jean-Luc Ponty Quintet (Tuesday, July 23) is one of the most anticipated concerts of festival, headed by music legend and revolutionary Jean-Luc Ponty, who unexpectedly expanded the vocabulary of modern music by bringing violin into the worlds of jazz and rock. This earned Ponty great success and a rightful spot in the jazz hall of fame. He has even been nominated for a Grammy and has amassed a staggering collection of Lifetime Achievement awards in France, Germany, Ireland, Poland, Croatia, Serbia and Russia. Ponty will be bringing his current tour ‘The Atlantic Years’ to the festival, a performance in which he revisits some of his classics from the 70’s and 80’s as a tribute to his loyal fans, with the accompaniment of his Quintet (pianist William Lecomte, guitarist Jean Marie Ecay, bassist Guy Nsangué Akwa and drummer Damien Schmitt).

The festival travels to Argentina for Wednesday, July 24 with ‘Tango Nuevo from Buenos Aires’ played by Sonico Ensemble, one of the most innovative tango groups in Europe. The Quintet celebrates the repertoire of Argentinian composer Eduardo Rovira who, alongside Astor Piazzolla, played a fundamental role in spearheading the ‘tango nuevo’ during the avant-garde movement in Buenos Aires in the early 50’s. Paying tribute to Rovira, the group have toured the world, taken part in important jazz, tango and classical music festivals and have released an album, which they will be presenting at the Pietrasanta festival.

Moving swiftly from tango to chamber music, the Brussels Chamber Orchestra will bring their specific sonority and rich mixture of nationalities, cultures and musical heritages to Chiostro Sant’Agostino on Thursday, July 25. In their concert entitled ‘The Pietrasanta Virtuosi,’ Brussels Chamber Orchestra will demonstrate their talents in a dynamic rendition of Vivaldi, Puccini, Rossini and Raykhelson. The show draws upon the personal styles of each musician, a particularly unique asset of this orchestra as they play without the guidance of a conductor, allowing individual creativity to shape the music.

While the festival as a whole places great emphasis on the versatility of the violin, swayed by the festival director’s bias towards this instrument as a violinist himself, Pietrasanta in Concerto will also hold concerts that showcase other instruments. Russian pianist Boris Berezovsky, a powerhouse of musical talent, will play an emotive ballad of pieces by Scriabin, Rachmaninov and Chopin on Friday, July 26.

Unconventional pianist Kathleen Tagg will perform alongside Grammy-nominated David Krakauer on the clarinet the following evening in the Musa Virtual Musem of Sculpture and Architecture. The duo first joined forces in 2012, since when Tagg and Krakauer have continued to hone the unusual merging of their distinct sounds through genre-defying projects. Inhibition and convention are cast aside as Tagg and Krakauer play a mix of original compositions and reinterpretations of classical pieces in their captivating show entitled ‘Voyages: Buenos Aires A Musical Odyssey.’ The musicians explore the far reaches of their instruments’ musical capabilities, stretching beyond their traditional sounds and incorporating various influences including rhythmic African percussion, klezmer and jazz in their elastic arrangements.

Finally, Italy’s piano phenomenon Vanessa Benelli Mosell will play with the accompaniment of powerful Russian cellist Alexander Kniazev and Michael Guttman on the violin in a performance entitled ‘Trio to the Top’ on Saturday, July 28, drawing the celebration of eclectic expressions of classical music to a close until next year. (saskia brown)