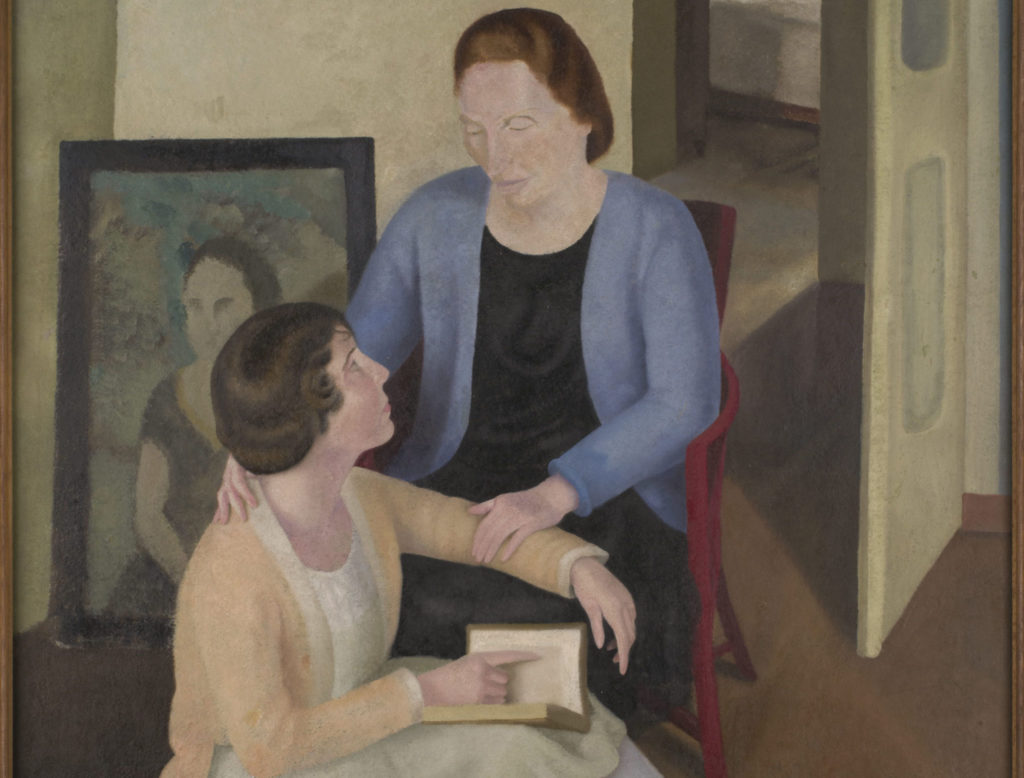 Levi’s portrait of his mother and sister

Until March 20, 1922: LEVI AND RAGGHIANTI:  A Friendship Between Painting, Politics and Literature. Ragghianti Foundation, via San Micheletto 3, Lucca.  Open Tuesday through Sunday 10 am – 1 pm and 2:30 – 6:30 pm.  Admission €3-5.  For more information on the exhibition and the foundation, see the website:  www.fondazioneragghianti.it

An exhibition dedicated to the friendship between Carlo Levi and Carlo Ludovico Ragghianti comes to the Ragghianti Foundation in Lucca, commemorating the 40th anniversary of the institute.  Ragghianti, an art historian, art and cinema critic, politician, academic and fervent anti-fascist, studied in Florence, contributed to numerous artistic and cultural projects and taught at the University of Pisa from 1948-1972.  Levi, in addition to being a writer, was a doctor, painter, politician and anti-fascist.

As a result of his activism and involvement with anti-fascist movements, Levi was arrested and exiled to Aliano, a remote village in the province of Lucania (now Basilicata) in 1935-36.  Later, after imprisonment in Le Murate Prison in Florence, he was released following Mussolini’s arrest.  Levi found clandestine refuge in a house across from the Pitti Palace where he wrote his most well-known novel, Christ Stopped at Eboli.  The book, written about Lucania, brought to the public eye the extreme poverty and desperation of the Italian south in the 20th century.

The two met as young men sharing their common love of Italy’s artistic heritage and often engaged in spirited discourse on contemporary art.  They both joined the Action Party, a center left party passionate about combating fascism in Italy.  Their relationship intensified in Florence during the Nazi occupation with their common involvement in the Resistance movement.  During this time, they collaborated with architect Giovanni Michelucci after the Nazis had already blown up five of the city’s bridges, to prevent the destruction of the 14th century Torre di Parte Guelfa in Ponte Vecchio.

The exhibition contains art, letters, photographs, documents and film relating to the significance of the friendship between Ragghianti and Levi.  Of particular interest are the various portraits of intellectual and artistic luminaries.  In the 1950s and 60s Levi achieved the status of portraitist to stars of cinema and his likenesses of Anna Magnani, Silvana Mangano, Pier Paolo Pasolini, as well as one of Ragghianti himself and others can be viewed.  (rita kungel)