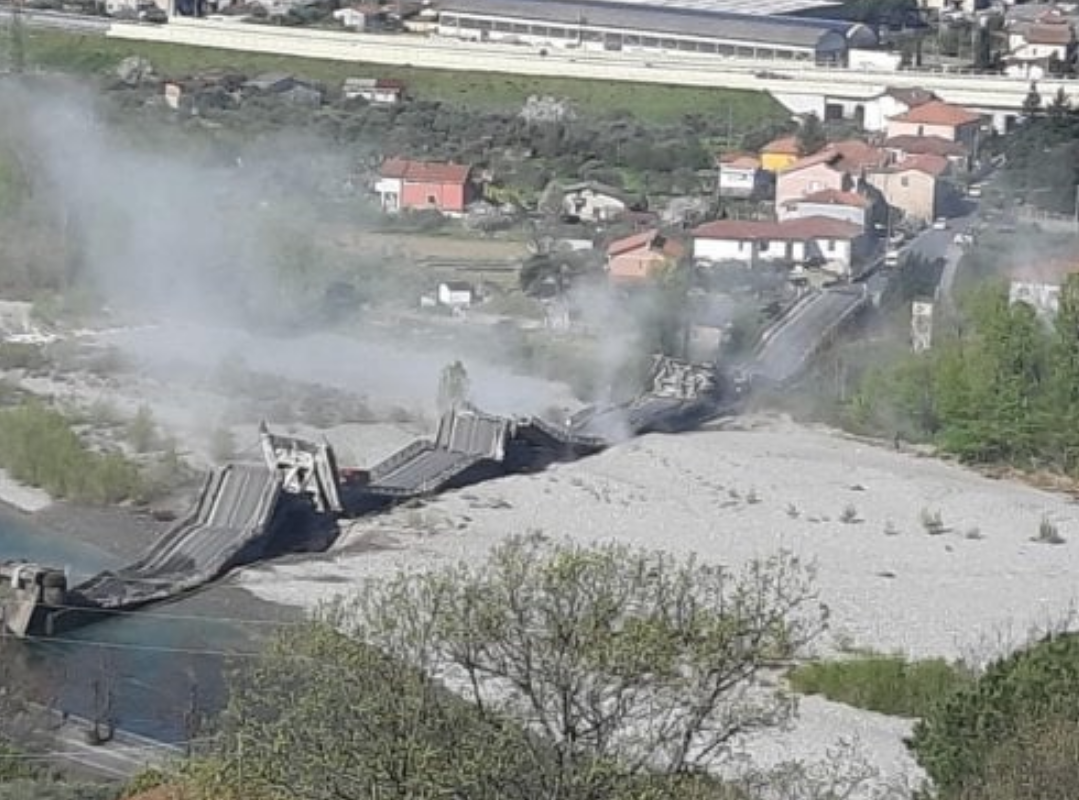 Over a year and a half after the partial collapse of the Morandi bridge in Liguria, another bridge — this one connecting Tuscany with Liguria between villages in the provinces of Massa Carrara and La Spezia — fell down into the Magra River and the river bank below on the morning of April 8.

Unlike the Morandi bridge disaster, which took the lives of numerous victims during the mid-August holiday season, there were no deaths. Thankfully, the entire structure went down, not breaking in pieces like the Morandi bridge. There was little traffic due to the current Coronavirus lockdown, during which people are not supposed to leave their town of residence.  There were two vans crossing the span at the time of the collapse, whose drivers were miraculously not killed; their vehicles did not go over the sides of the bridge, but remained stable on the road which simply dropped down beneath them.  One suffered head and chest injuries; not in critical condition, he was taken to the hospital in Pisa.

The first police officers and fire fighters to arrive on the scene reported a strong smell of gas.  In November 2019, the viaduct’s cracked asphalt had been repaired after a spell of bad weather.  (rosanna cirigliano)