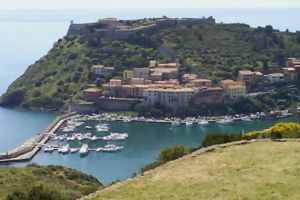 Every year the municipalities of Tuscany participate in a “cultural marathon” with guided visits and special openings of historical and private sites normally inaccessible.  Autumn’s “Open Days” on October 17-18 and 24-25 are sponsored by Fondo Ambiente Italiano (FAI, the Italian equivalent of the National Trust), an organization that promotes and safeguards Italy’s architectural and artistic patrimony.  The event has been organized according to current safety protocols and participation in the FAI Open Days requires a reservation on the website: www.fondambiente.it.

For a journey back in time, visit the medieval village of Larciano.  Set on a hill, the village with castle and fortress served as a strategic fortification for the city of Pistoia.  Enter one of the three remaining ancient gates and follow one of the guided tours offered every 15 minutes.  Included is a visit to the civic museum with exhibits dating from prehistoric times to the 20th century, featuring important artifacts from the Etruscan-Roman era.  The Villa Pucci, a nearby rural residence, gives a view of the life of the 19th century bourgeoisie. In the tearoom, walk under a domed ceiling frescoed in trompe l’oeil, then go out into the garden, shaded by magnolias and a centuries-old cedar.  If the day is clear, the towers of San Miniato and San Gimignano can be seen in the distance.

In San Gimignano, one can tour one of the famous medieval towers, the Campatelli Tower and Residence.  The 18th century building, belonging to a wealthy Tuscan family, displays original furnishings, photos and everyday objects.  Each room is dedicated to a member of the family to make sure that the characters themselves tell their story.  The 45-minute tour ends in the tower, 28 meters high (92 ft.), with a splendid view of the surrounding countryside.  For non-Italian speakers, a video history of the town can be seen in English, French, Spanish or German.

The Certosa of Calci, situated 20 minutes east of Pisa, offers something for every interest.  Founded by Carthusian monks, the historical complex housed in grand Baroque buildings provides a glimpse of monastery life and the inhabitants known for their cultivation of medicinal plants.  In the 1970s the University of Pisa established the Natural History Museum with exhibitions of minerals, fossils, geology, human evolution and the largest freshwater aquarium in Italy.  Further away in Lucca, the church of Santa Caterina, a great example of Baroque architecture, is interesting because of its unique oval shape and beautiful interior.  Next, a visit to Vico Pancelloum, 15-minutes’ drive from Bagni di Lucca, dates back to the Roman era.  The town, its name derived from the Latin “bread from the skies,” sits 600 meters (nearly 2,000 ft.) above sea level overlooking the Lima River.  The ancient dialect originating in the village is still spoken by elderly residents.

In Carrara, the furthest western part of Tuscany, the stone sculpture workshops of Carlo Nicoli will be open to the public.  Nicoli, a 19th century sculptor, created works which were highly awarded and now exhibited all over the world.  The studio, set in the splendid Piazza XXVII of April in the center of Carrara, is currently operated by the artist’s great-grandson. Just south of Carrara, in Massa, three “Centoporte” hospital train carriages will be on display.  During WWII these hospital carriages were used in Europe as mobile units to treat wounded soldiers.  The carriages, the only ones in Italy and entirely furnished with objects and medical equipment of the time, were the set of the Academy Award-winning film “The English Patient.”

In Tuscany’s Maremma region, the town of Porto Ercole offers guided tours of the seaside town on the Argentario promontory.  Wander through the narrow streets and piazzas of the old town, a pedestrian-only area, exploring the history of this still active fishing port.  The walls, erected in the 15th century, were intended to prevent sacking by Barbarossa and other pirates.

Open Days provides an opportunity to see less-visited treasures of Tuscany to better appreciate the many rich cultural heritage offerings of the region.  Although admission is free, a donation to the foundation is suggested.  For complete information on sites and visits, see the website. (rita kungel)