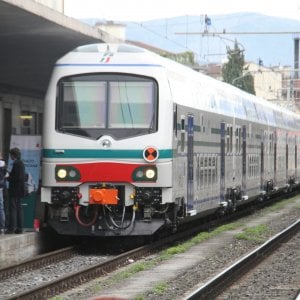 While making her rounds on a train on September 17, a 30-year old conductor was attacked after she asked two passengers for their tickets. The passengers, age ranging from 20-25, were Italian women who reacted to her request with violence. The train was stopping at the Prato station during the incident. On their way out of the train, the young women kicked and hit the conductor. She was left with a rib injury and a fractured nose and will be convalescing at home for a least a month.

Four other passengers tried to intervene on behalf of the conductor.  Hearing her cries for help, the Prato station manager tried to stop the violence as well, but was in turn hit on the head.  The two women reacted because they would receive a stiff fine if found without a ticket.

Investigations will be taking place to gain more information on the suspects and the incident. Tomorrow, September 19, Tuscan railroad unions have announced an 8-hour strike from 9 am to 6 pm in solidarity with the injured conductor.

Another of the strike’s purposes is to demand  more security to help prevent these kinds of situations.  Ticket windows at station will be closed and the strike will involve all train personnel — except those on trains with guaranteed service.