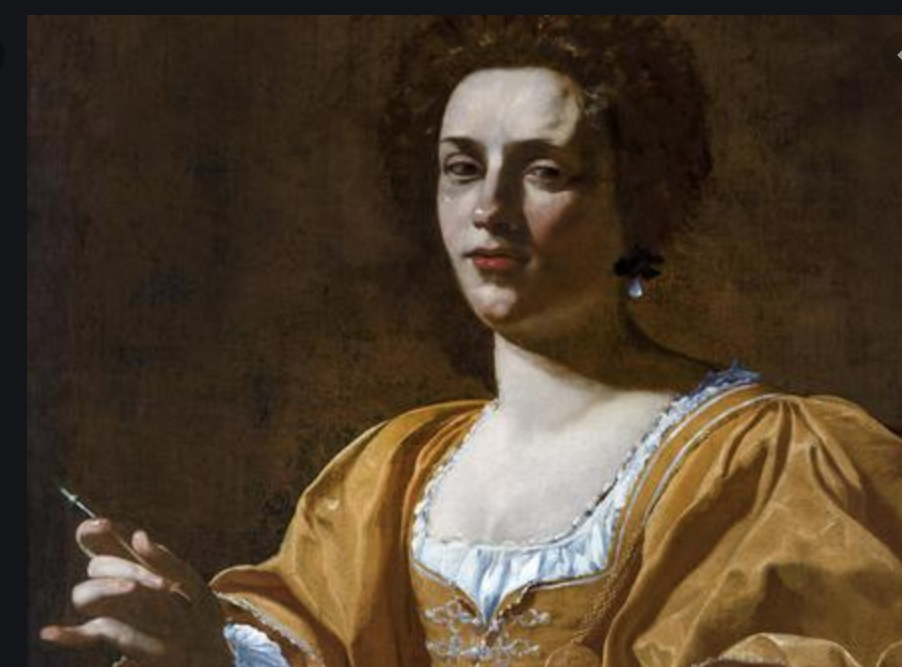 The only known portrait of famous feminist painter Artemisia Gentileschi (1593 – 1653), a  survivor of sexual violence, is being displayed at Palazzo Blu, Pisa until April 4, 2020.

The piece was purchased by the Pisa Foundation for Palazzo Blu at a cost of €500,000. Created by the contemporary French artist Simon Vouet, the portrait and discovered in Berlin, 2001 by art historian Roberto Contini and art critic Francesco Solinas. Artemisia Gentileschi’s portrait is being exhibited to the public together with “Clio” by Gentileschi, which was already part of  the Palazzo Blu collection.

Artemisia Gentileschi was a Baroque-period painter known for such works as “Madonna and Child” and “Judith Slaying Holofernes.” She was the daughter of the esteemed painter Orazio Gentileschi (1553-1639), one of the original followers of Caravaggio in Italy. Artemisia showed aptitude for painting at a very early age and created her first professional work “Susanna and the Elders” around 1610, when she was 17.

In the same year, she was raped by one of her father’s colleagues, Agostino Tassi. Orazio wanted Tassi to marry his daughter after having dishonored Artemisia but he refused. Orazio pursued a legal case against him and the trial took several months. The court exiled Tassi from Rome, but the order was never enforced.

The heartbreaking story did not end with the trial: Artemisia brought it into her art. Throughout her life, Artemisia had a particular interest in portraying either women, who suffered from male violence (“Susanna,” “Bathsheba”), or heroic women, who managed to prevail over men (“Judith,” “Esther”).

The two paintings will be on loan in the spring to London’s National Gallery, in a first-ever English-based exhibition dedicated to Artemisia.  Curated by Letizia Treves, the show will take place from April 4 to July 26, 2020.

Artemisia also painted a self portrait of herself hidden under the surface of her St. Catherine of Alexandria painting in the Uffizi collection, which has also recently been uncovered; read story and see photo here.