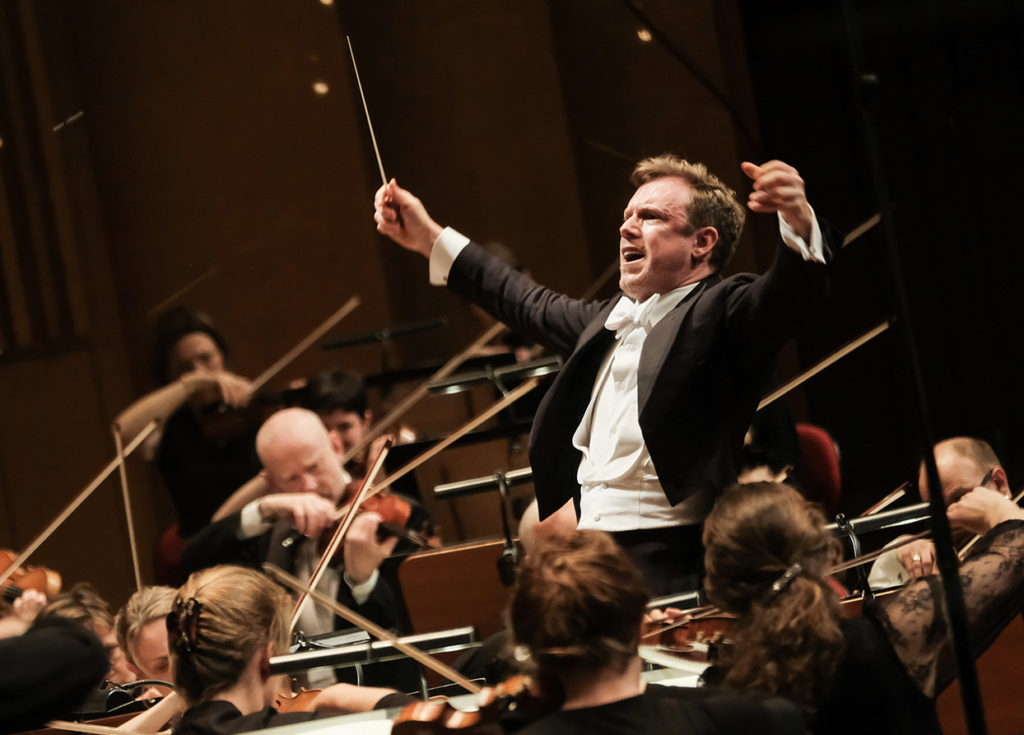 On September 26, in 1118, Pope Gelasius II consecrated the Cathedral of Pisa to Santa Maria Assunta. In September of 2018, Anima Mundi is celebrating this 900 year anniversary, with a program of seven free concerts through September 20 that bring, as always, a blend of symphonic and chamber music to the Piazza dei Miracoli. This year there will be exciting updates and fresh artistic direction.

Daniel Harding is the festival’s new artistic director, taking the place of his countryman, Sir John Eliot Gardiner, who has led the festival for the past 12 editions. Harding is among one of the most important conductors working today, and has studied trumpet from a young age. When he conducted at The Proms in 1996, he was the youngest conductor to be part of the festival. He has conducted the Berlin Philharmonic and the London Symphony Orchestra, having served as a principal conductor of the Mahler Chamber Orchestra and the Swedish Radio Symphony since 2007 despite never having taken a formal conducting class himself

On Monday, September 10 at 8:30 pm, pianist Michele Campanella will take on the works of Mozart, Schubert, and Liszt in the Camposanto—bringing together the sounds of three distinctly virtuosic composers. Liszt’s Totentanz—inspired by the frescoes of the Triumph of Death he saw during a stay in Pisa in 1836—is highlighted in the program. The masterpiece, by Buffalmacco, is now back in its original place after years of restoration, and will be the backdrop of the performance, allowing for a powerful visual reference to the history of the composition.

Again, in keeping with an emphasis on young musicians, the Bologna Symphony Orchestra, comprised of over 450 musicians under 35, will perform music by Antonio Vivaldi and Giovanni Pergolesi on Wednesday, September 12. The concert, taking place in the Cathedral, is dedicated to the Virgin, also including a touch of a remote sacred musical tradition: Celtic Baroque.  On Friday, September 14 the Camposanto will feature Vittorio Ghielmi, one of the world’s most illustrious viol soloists, and Suonar Parlante, an ensemble he founded and directed. The group’s name is inspired by Niccolò Paganini’s expression for musical sound-emission that mimics the human voice. The concert will start at 8:30 pm.  Maestro Harding will take the stage on Saturday, September 15 at 8:30 pm, leading his Swedish Radio Symphony Orchestra in a performance of Anton Bruckner’s famous 5th “Religious” Symphony, a tribute to the composer’s faith and spirituality. authentic monument of faith and spirituality.  The Lucerne Festival Strings, a well-established Swiss chamber orchestra will perform at 8:30 on Tuesday, September 18 in the Camposanto. They will tackle  18th century works by Mozart while taking on the 19th and 20th with compositions by Dvorak and Bartok, respectively.

Sir John Eliot Gardiner will return to Pisa for the closing concert in the Cathedral on Thursday, September 20 at 8:30 pm. In an unmissable performance by Anima Mundi’s longest advocate, he will conduct one of the most celebrated works in the symphonic-choral repertoire: Verdi’s Requiem Mass. Gardiner will be joined by vocal soloists Corinne Winters, Ann Hallenberg, Edgaras Montvidas, Gianluca Buratto; as well as the Monteverdi Choir and the Orchestre Révolutionnaire et Romantique—two ensembles founded by Gardiner himself. The choir focuses on baroque melodies while the orchestra specializes in performing romantic and classical music on original instruments.

The reservation of tickets for all concerts can only be made online www.vivaticket.it on a first come, first serve basis. The online booking will end at 6 pm on the day of the concert.  For more info, see www.opapisa.it or email animamundi@opapisa.it