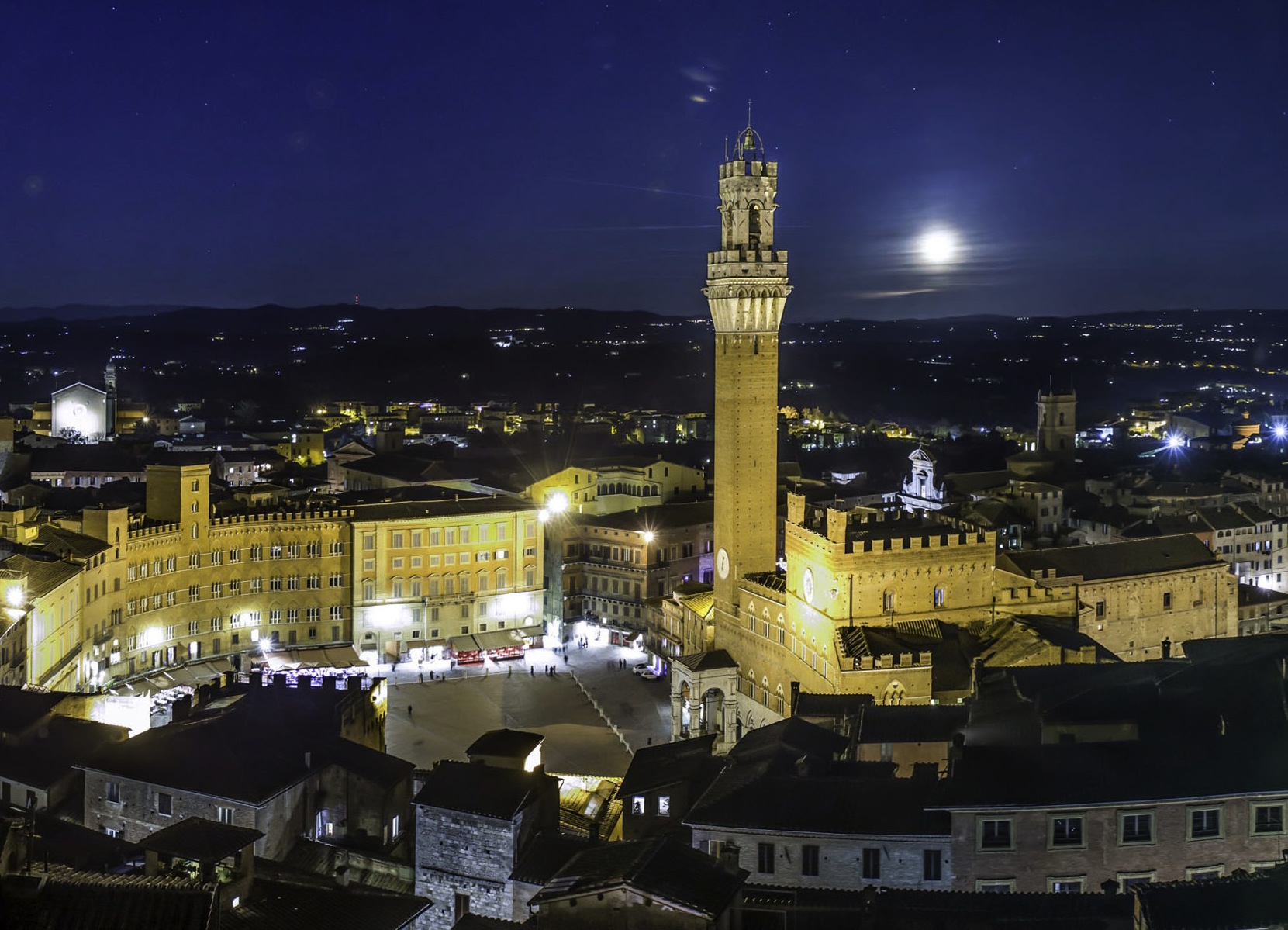 Piazza del Campo, Siena, is where the Palio takes place

The Palio di Siena is actually a four-day event, with various rituals and processions regarding everything from assigning the jockeys to the horses to trial runs and blessing the horses in the chapel.

Thousands of people gathered in Siena’s Piazza del Campo for the famous Palio on July 2. After being canceled for two years due to the COVID-19 pandemic, the horse race returned to the Tuscan city for a day of celebration, the streets flowing with an undeniable sense of pride and passion.

In the days afterwards, it was announced that the cases of COVID-19, specifically the extremely contagious Omicron 5 variant, increased sixfold in the city of the Palio.

But the risk did not deter the crowds. Spectators began to stake out a spot hours before the race, sitting in the beating sun just to see a few minutes of the world-renowned competition. Other attendees raced against the clock as they tried to make it into the square right before the entrances closed, chaos and excitement filling the air.

The sea of people waited in anticipation through almost an hour of false starts, the entire square roaring with exhilaration when the horses finally took off with miraculous speed, the dirt of the track going up in a dust. Each horse represents a contrada, or a district of Siena, each marked by its symbol and colors. Of the 17 contrade, only 10 participate in each race: the seven that didn’t run in the previous year’s Palio and three others chosen by a lottery.

Before the race itself starts, the horses are called up to the start in the same order in which they were chosen, with the tenth horse entering the area at a running gallop, signaling the start of the race. False starts occur when the jockeys are not in their assigned spots at the starting point, which can be difficult because it is such a small space for the horses to line up in.

As the jockeys attempted to tame their steeds, the crowd was enveloped in an eager silence, with Italians shushing visitors who weren’t familiar with the etiquette of the race. Each time the starter horse took off, one could practically hear the gasp of the crowd, itching to see if it would be the beginning of the famous race.

By the time the race actually started, there were only six horses left of the 10 chosen to participate. The Unicorn, Crested Porcupine and Little Owl contrade did not participate because of difficulty with or injury to the horses, and the Caterpillar contrada left after the jockey fell off the horse. The crowd murmured in confusion and anxiety as medics rushed to the jockey and took him away of a stretcher. The moment was short lived, and in a couple of minutes all attention was back on the horses. In the blink of an eye, the starting horse took off, and the race was on.

In what seemed like only a few seconds and couldn’t have been more than two minutes, the race was over. Spectators jumped up and down, prideful shouts filling the arena as the Dragon contrada crossed the finish line after a neck-and-neck lap with the Panther and Tower.

The Palio’s origins can be traced back to the 15th century, when medieval competitions were a common occurrence between the different neighborhoods of Italian cities. Since the first modern Palio in 1633, the race has not changed much at all.

Not everyone, however, is completely overcome by the celebratory energy that fills the air in the city. Animal activists have opposed the race for years, and around 50 horses have died due to the Palio since 1970.

The Palio’s only rule is that the jockeys cannot grab the reins of their adversaries. The first horse to cross the finish line, with or without a jockey, is the winner. The competition is fierce, the rivalry deeply ingrained in the different districts, and a victory means both the title and the silk banner, or palio, for the winning district.

Siena’s July Palio is dedicated to the city’s patron saint, the Madonna of Provenzano. The race occurs every year on July 2 and August 16, and a thick layer of dirt is laid around the perimeter of the square for a track.

In the hours prior to the race, a medieval parade of each contrada marched throughout Siena, the sounds of drums booming throughout the town. Over 600 participants wore costumes inspired by the attire of the 1400s, transporting viewers back in time.

Although the Palio means the most to the residents of Siena, people come from all over the world to take part in the festivities. U.S. Speaker of the House Nancy Pelosi was also in attendance on Saturday.

The race is the acclimation of such festivities, as the entire city unites in its shared history and traditions, rejoicing through the medieval streets in delirium until the early hours of the morning.  (natasha sokoloff)