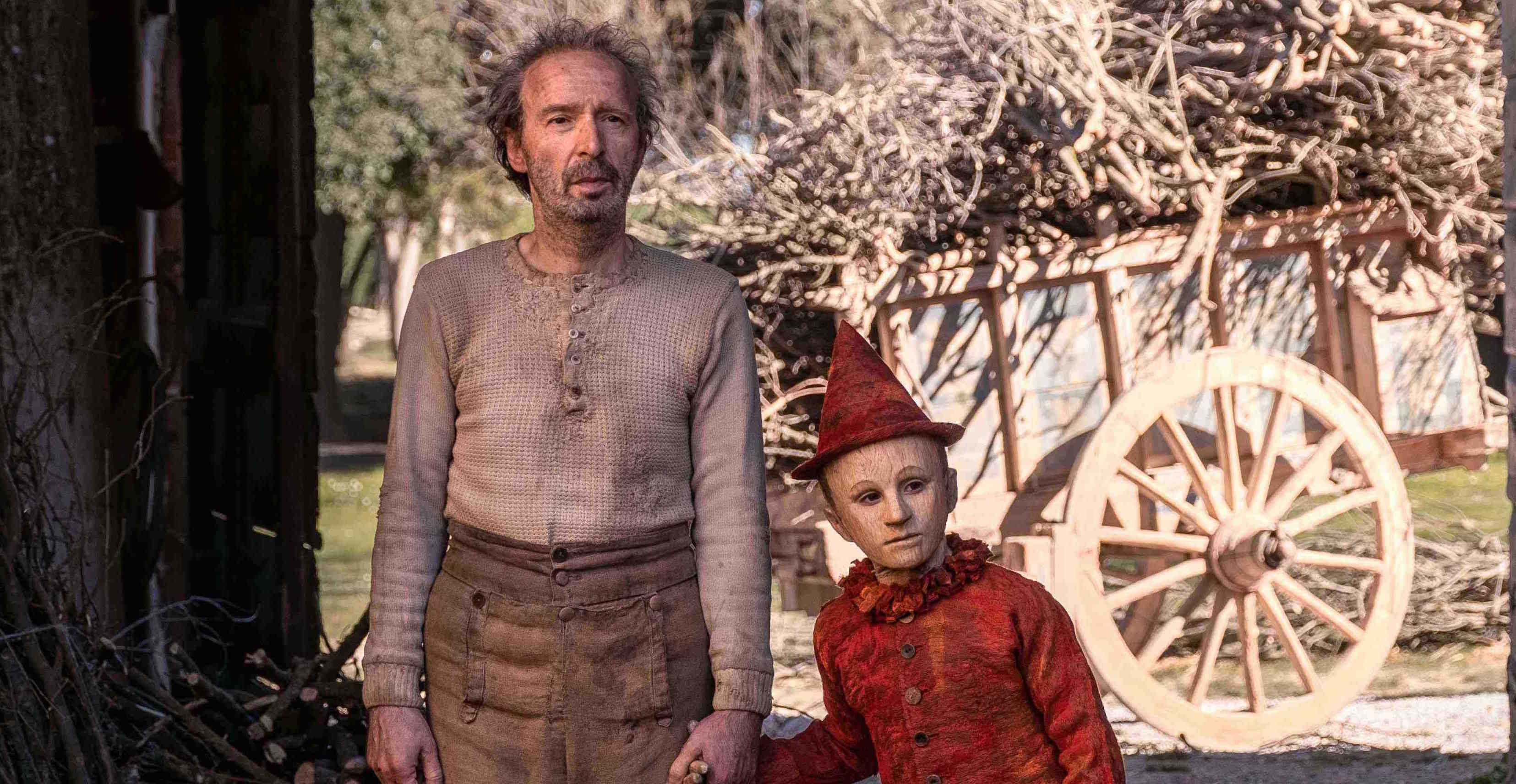 Roberto Benigni and Federico Ielapi as Geppetto and Pinocchio in the 2019 movies, whose award-winning costumes are exhibited in Prato

Unlike Florence, where city-run museums will remain closed during the Coronavirus post-lockdown period, a different message is being conveyed in the city of Prato, where civic museums have been given the green light to reopen on starting on May 18, including Palazzo Pretorio and the Textile Museum (Museo del Tessuto), both of which will grant free admission to the general public until June 3.  The Centro Pecci for Contemporary Art has once more become available to the public beginning May 21  (hours: 12 noon to 8 pm from Thursday to Sunday only, free entrance through June 3).  The Textile Museum is currently hosting pieces by Massimo Cantini Parrini, featured in Matteo Garrone’s film “Pinocchio” (2019), which recently won the David di Donatello (Italy’s Academy award) for Best Costume Design.  The exhibition has been extended to October 25, welcoming visitors on Tuesdays, Wednesdays and Thursday 4 – 8 pm in addition to Friday, Saturday and Sunday 10 am – 8 pm.

Palazzo Pretorio’s temporary display “After Caravaggio: Seventeenth Century Neapolitan Paintings” (Dopo Caravaggio: Il Seicento Napoletano) can be seen until January 6, 2021 (hours 10:30 am – 6:30 pm, closed Tuesday). The works, for the most part little known and are extremely rich in quality, come from the storerooms of Palazzo Pretorio and the Giuseppe and Margherita De Vita Foundation.  There are only 19 paintings by early interpreters of Caravaggio who came in contact with his methods between 1606 and 1610 in Naples.  The influence shows Caravaggio-inspired naturalism and the later orientation provided by the Rome–Bologna classicism as well as the High Baroque style. The artists begin with Battistello and Ribera and continue with Stanzone, Cavallino, Mattia Preti and Luca Giordano to conclude with Nicola Malinconico.

The exhibition is unique and so small that there is time to converse with the figures, not just for the subject they illustrate, but for themselves. The subjects are prototypes for people we have met, known or seen even today. The juxtaposition and composition of the works is wonderful, characterized by a balance of light and shadow (chiaroscuro) and a limited use of color. The visitor will marvel at how the followers of Caravaggio were so able to capture such timeless realism.  (rosanna cirigliano & anne barbetti)